The luxurious infinity pool of Byron at Byron. Photo / Supplied. From discreet boutiques and health retreats to lodges and treehouse-style accommodation, NSW is dotted with luxury places to stay

The decor at luxury digs scattered across the state of New South Wales owes a serious debt to the diverse colour palette of the surrounding earth, sea and sky, which can be best described as mesmerising.

From spits of talcum-white sand to groves of gums in shades of pistachio, to russet leaves that carpet the grass in autumn and sea pools crayoned blue, the accommodation on offer around some of NSW's high-end destinations draws design inspiration from the mix-and-match shades on show in the landscape.

Here are some particularly idyllic places to stay and a few top spots for pampering, too. PORT STEPHENS
Bannisters at Port Stephens is the sister hotel to Bannisters in Mollymook and one draw of the hotels is the eponymously named restaurant by Rick Stein, who has added to the cred of the area.

Book into Bannisters at Port Stephens and bunker down in your suite where you can chow down on black cuttlefish risotto in your room while watching the afternoon sun flashing off the ocean.

It is an easy three-hour drive from Sydney to this coastal escape, which provides a retreat from city life.

Catch your breath around the pool with a drink in hand and then detox at the insanely luxurious Spa Lucca with a salt scrub or vanilla sugar buff.

Fisher folk will enjoy the luxury of throwing a line in from the jetty near Thou Walla Sunset Retreat, at the tip of Soldiers Point, which is a great jumping-off spot for whale-watching tours or beach fishing safaris. HUNTER VALLEY
Road trippers should time their arrival in the Hunter Valley for dusk when the late-afternoon sunlight has buttered the vineyards in a golden hue.

Boydell's Camp is an impeccably furnished safari tent that has the air of a secret retreat; an incongruous pocket of serenity amid the bustle in this, the birthplace of Australian wine. Train your eyes to spot kangaroos grazing near a grove of gums in the heart of the Australian bush.

The days you spend at nearby Eelah will also be charmed: you can stay at the 28-hectare working cattle farm in a big-boned barn that has been converted to a guesthouse equipped with a fireplace and outdoor terrace.

READ: Where To Eat, Drink & More In Sydney

The Convent is housed in a 1909 nunnery that has been reimagined as a hotel by The Escarpment Group.

The 19 intimate guest rooms are connected via a tree-lined path to the outstanding restaurant Circa, where guests can enjoy signatures from the chef's tasting menus such as Glacier 51 Toothfish.

Every bit as romantic is Lillians on Lovedale, which presents like a fairy-tale cottage that recalls the region's heyday as a dairy farm. 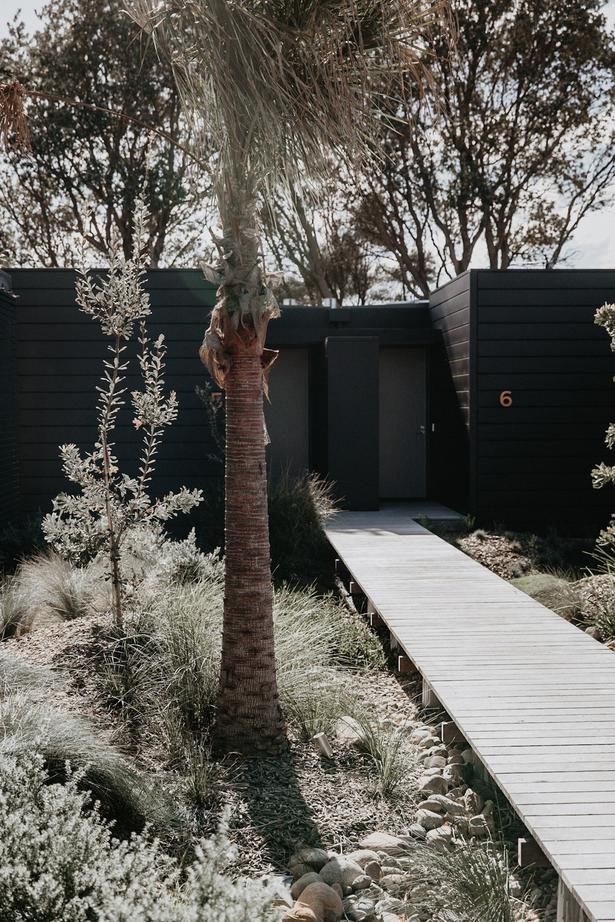 The place has been endowed with soul and warmth: it is minimalist and austere over here with crazy pops of colour over there.

The main accomplishment of the designers behind the country house built for two is that it has been made to feel like home.

Download the Convict Trail Inc App before your stay at Valleyfield Escape in the Hunter Valley near to the Great North Road, which was constructed by convicts in the early 1800s to connect Sydney with Newcastle and the Upper Hunter Valley.

After spending the day exploring the convict trail between Bucketty and Wollombi, retire to a contemporary Australian farmhouse owned by acclaimed chef Armando Percuoco. The homestead overlooks the Watagan Ranges and is bordered by the bubbling Wollombi brook. 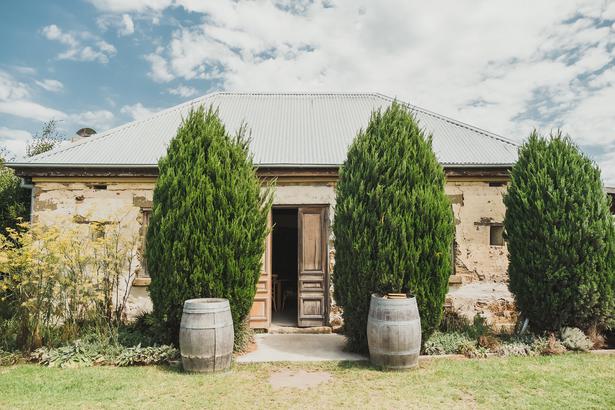 SOUTH COAST
The South Coast of NSW is only a few hours' drive from Sydney.

Take it slow and savour the alternate views of rolling farmland dotted with fat cows, sheep and windmills on one side and crashing waves on the other.

You will know you’re on track to find Bangalay Luxury Villas when you arrive in the land of the novelty mailbox.

While thick foliage obscures views of the nearby Pacific, it also acts as an effective windbreak when you're sunning yourself by the pool around one of 16 boutique luxury villas.

A golf course runs along one side of the villas, which are stylish, light-filled apartment-like rooms, and the onsite restaurant, Bangalay Dining
(Bangalayvillas.com.au/dine), is enough of a draw in its own right to entice visitors passing through. 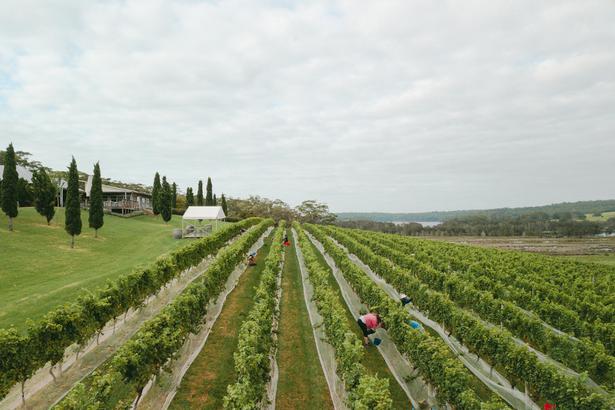 Road-trippers will also be happy seeking refuge at the cottage at Cupitt's Vineyard where wildflowers add patches of yellow and purple to a landscape that appears quilted on.

Book in for a Tour & Taste experience while staying at the 100-year-old slab cottage, which includes tasting at the onsite winery, fromagerie and brewery.

Bannisters by the Sea is another beachside hideaway in Mollymook on the NSW South Coast, which is an indisputable star along Australia's Oyster Coast.

Listen for the hollow tinkle of cowbells during rush hour on the farm at Dovecote, where you can stay in one of two beautifully appointed cabins on 60 hectares of farmland. 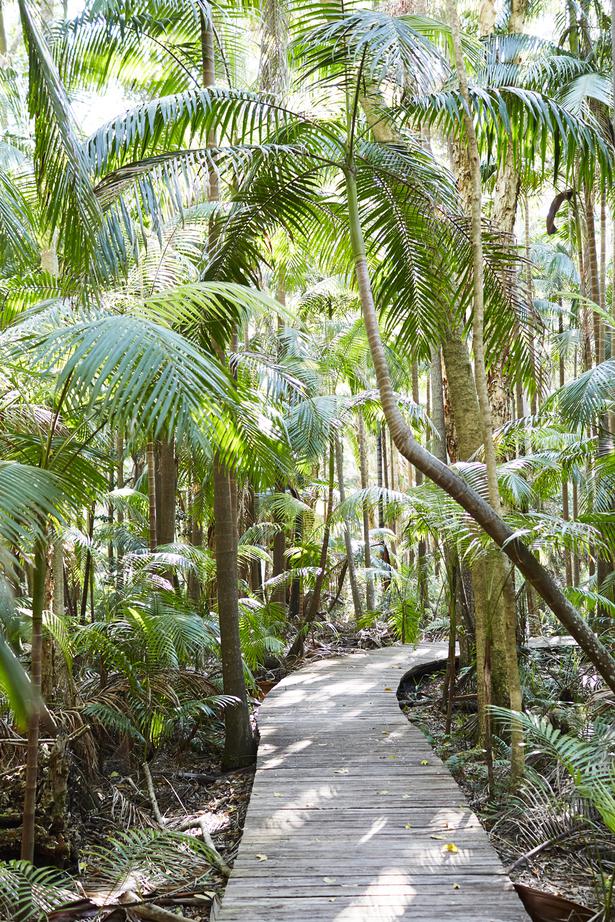 BLUE MOUNTAINS
The Blue Mountains also has some off-the-charts places to lay your head. Those after a comfortable hotel room that packs a bit of old-world glamour should head to the Hydro Majestic, which stretches more than 1km along the escarpment and is one of the most romantic check-in addresses in the mountains.

You can also watch the sun sink into the rumpled valley in style at Lilianfels Resort & Spa, which is just a short walk away from the lookout to the Three Sisters, the purple-hued pinnacles that define the region.

Echoes Boutique Hotel is perched on the edge of the Jamison Valley at Echo Point in the Blue Mountains.

Grab a trail map and head off into the valley where you will find waterfalls accessed via slot canyons that have been carved over millions of years. 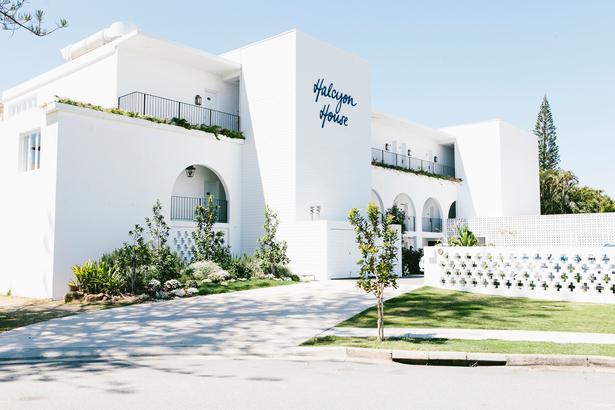 You can also get some perspective of the area's natural wonders while cocooned above a rare rainforest canopy in the love cabins at The Wollemi Wilderness Treehouse.

Not into heights? Head to Emirates One&Only Wolgan Valley a carbon-neutral resort that has won accolades around the world for its approach to sustainable tourism.

Participate in a nocturnal tour, proceeds of which go toward protecting Australia's wombat population from feral predators. BYRON BAY
Byron Bay is synonymous with wealth and a sort of laid-back boho style.

The water is electric blue, the beach adorned with crowds of sunburnt backpackers, and lovers of both nature and nightlife can get their jollies here.

The township of Byron Bay is a bastion of creative living and leisure. Expect unexpected finds out of town, too, as evidenced by Byron at Byron, which remains blissfully unspoiled and is more about the bush than the beach.

The resort boasts one of the most dramatic settings of any northern NSW accommodation, surrounded as it is by 18 hectares of rainforest.

Sustainability is part of the resort's ethos and each of the 95 suites are spread out and self-contained so you can wave to your neighbours while keeping them at a distance.

Elements of Byron also encapsulates the barefoot luxury that Byron is all about.

There are 193 villas to choose from scattered throughout bushland and rainforest gardens.

Lounge around the pool in your fanciest sarong by day, and around the sunken fire pit by night under a sky pin-cushioned with stars. 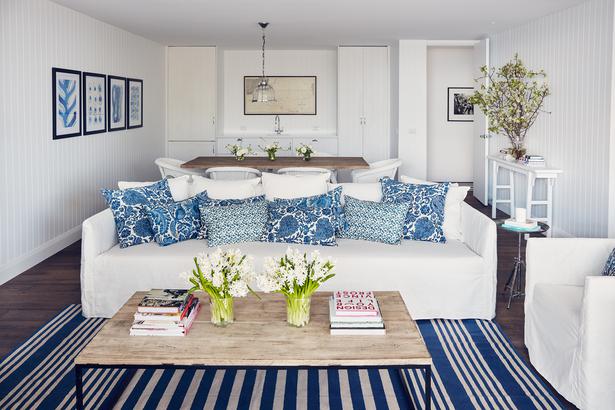 Bannisters by the Sea. Photo / Supplied.

TWEED HEADS
You can swan about pretending you're in Palm Springs at boutique hotel Halcyon House here you can unpack, grab something from the bookshelf and promptly collapse around the pool.

The idea behind the reboot of the Halcyon Hotel, formerly The Hideaway, was to keep aspects of the character of the original motel while imbuing it with a nostalgic mood reminiscent of summer.

Style-conscious siblings Siobhan and Elisha Bickle have done that in (buckets and) spades and the motel has scooped the pool, making it on to Conde Nast Traveler's Gold List and the Travel + Leisure 'It List' for its accommodation and into the SMH's Good Food Guide for its award-winning restaurant, Paper Daisy.

Caff-fiends who want to wake up and smell the coffee should check out Origin House where they can get a taste of plantation life at Wirui Estate in Carool.

Guests at the fully self-contained architect-designed two-bedroom house can geek out at the home of Zeta's Coffee by zeroing in on the bean-to-cup philosophy. Nearby La Rocher Eco Retreat is another new edition to the Tweed, featuring four free-standing luxury villas with expansive views from the infinity pool to Mt Warning.

Crystal Creek Rainforest Retreat profits from its proximity to the rainforest where guests can stroll along tracks lined with towering 400-year-old trees and wander the creek to find the lights from the resident glow worms.

Mistere at Urliup is an area in the hinterland not far from the hippy-chic town of Murwillimbah in northern NSW.

Wander around the property in the Tweed Valley, which has a sculpture trail of characters from the Chinese Zodiac.

No longer a hippie hotspot, Byron Bay is fast-becoming one of the world’s ultimate wellness destinations