Victoria Kruse has a better view from her office than most — the New Zealander runs the sustainability and wellness programmes at Amilla Resort and Residences, a five-star private island resort on Baa Atoll in the Maldives.

But it’s not just the dazzling azure waters, pure sands and world-class snorkelling on her doorstep that make this tropical archipelago truly special. “It’s the people — they feel like family,” she says. “The resort is family-owned, and the staff will always stop to talk to you. Everyone is so personable.”

Under Victoria’s mentorship — and alongside her husband Jason Kruse, the resort’s general manager — Amilla has instigated several measures to ensure its operations are run more sustainably, ensuring the utmost wellness not only of guests but of the delicate ecosystem of which the resort is a part. 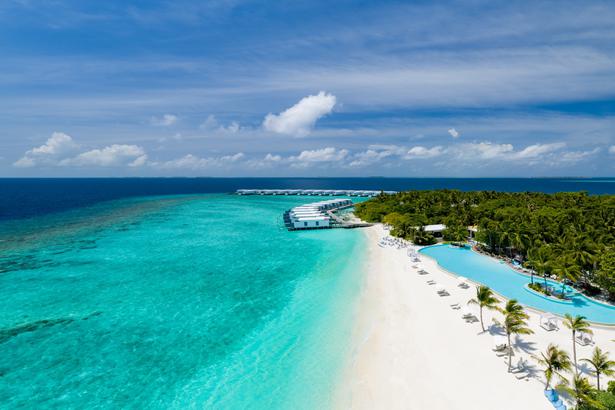 At 23.5 hectares, Baa Atoll is one of the largest resort islands in the Maldives. Formerly an agricultural island, it is cloaked in thick jungle, and Amillia's guests can walk for 800m along a white sand beach without seeing a single building (or intruding on anyone's privacy).

Thanks to its agricultural heritage, the large island also has unusually fertile soil, providing optimal conditions through which Amilla runs its groundbreaking sustainability programme, Homegrown@Amilla. During the downtime due to Covid, Victoria and her fellow staff planted a now-thriving organic garden growing vegetables, fruit and herbs, thereby reducing packaging waste and air miles used by the resort kitchen, since almost all food for resort guests is flown in.

“When the country closed there were no flights, so for five months, all we had access to were carrots, cabbage, potatoes and onions!” she laughs. “Now we grow pineapples and papayas — we also have huge established lime and breadfruit trees.”

The couple has also launched a coconut processing facility named The Nut, which utilises the bounty from the 2500 coconut trees on the island, turning it into coconut milk and using the coconut flour byproduct in the resort's baking.

Adjacent to The Nut is the waste-processing facility, The UN (short for UNdo the Harm in the World), and Cluckingham Palace, home to chickens, ducks and goats, which produce fresh eggs and milk for the island.

Victoria is not only excited guests will soon be able to enjoy fresh goat’s cheese, she’s also proud that the resort is part of sustained attempts to make positive changes on the atoll. 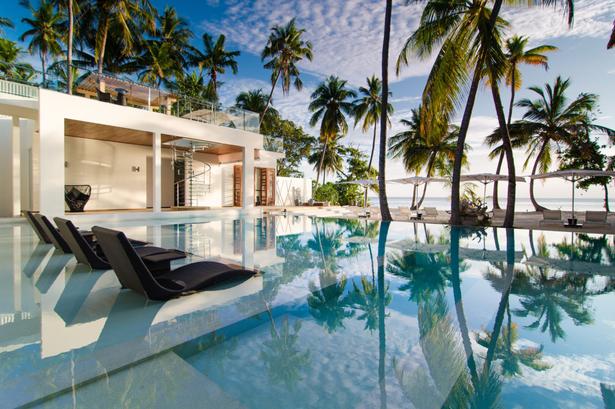 “When I was growing up, sustainability was incredibly important to my family,” she explains. “My parents were always growing their own food, mum would reuse plastic wrap, and coming from New Zealand we were naturally conscious of the earth.”

Having lived in various parts of Asia, where she and Jason frequently felt disheartened by the amount of plastic waste generated, Victoria says they felt it was their duty to introduce positive environmental and cultural efforts to their home in the Maldives. “The more sustainably we manage things, the better it is for people’s health.”

Victoria says when she found herself suffering the symptoms of perimenopause at the age of 42, it was a naturopath who helped her through it; she also adopted a ketogenic diet and has eliminated the use of plastic from her food.

Her newfound lifestyle habits inspired her to instigate a series of retreats for guests who stay at Amilla. These include a 200-hour yoga teacher training retreat in June, followed by a ‘Pause Retreat for women, focusing on solutions for women who, like herself, have suffered the effects of hormonal changes brought on during perimenopause and menopause, from hot flushes to mood swings and lack of sleep. Amilla is the first resort in the Maldives (and one of just a handful of resorts around the world) to have created a women’s retreat aimed at addressing some of these symptoms. The programme has been developed to give women the tools they need to adapt to the changes in their bodies in a healthy and positive way, with five-day retreats held between June 23 and July 7, led by renowned naturopath and wellness coach, Claire O’Sullivan.

“It’s about the ability to talk freely and take away the stigma surrounding these normal hormonal changes, and find some solutions to mitigate the symptoms,” says Victoria. 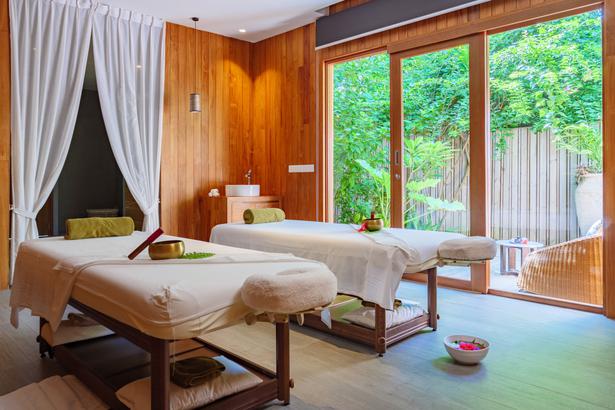 Last year, Amilla became the first resort in the country to host a Maldivian Cultural Week, which is now an annual event. Local talent, from fashion designers to musicians and artists will be showcased again during this year’s Cultural Week, from July 20-26.

To find out more about Amilla Maldives Resort and Residences or book a holiday or retreat, visit Amilla.com