It’s barely 1pm on a sunny Saturday afternoon and already the pool at The Line Hotel in Austin is full to almost literally overflowing.

Hipsters in fedoras and denim mingle with bikini-clad women on sun loungers, sipping mimosas in a scene that could be straight out of Los Angeles (the epic pool party vibe) or New York (the killer cocktails and handsome mixologist). But with its backdrop of the Ann W. Richards Congress Avenue Bridge and the lush surrounds of the appropriately named Town Lake, the lobby I’m walking into is 100 per cent Austin.

If you think of the live music capital of Texas solely for its intoxicating mix of gritty blues bands, kitschy dive bars, solo singer-songwriters and all manner of country, metal and reggae in between, think again. Austin today is a sophisticated and highly cultured city that is home to one of the most dynamic dining and drinking scenes in America, fuelled by a heady mix of young chefs, an obsession with coffee and cocktails and an eating culture spanning everything from fine dining to more than 10,000 food trucks.

Add to that an obsession with contemporary art, high-end designer boutiques and one-of-a-kind eclectic local stores, the natural beauty of surrounding rivers and mountains and, of course, a live music sector unrivalled for vibrancy, and it’s easy to see why one of America’s coolest boutique hotel chains chose to open downtown in June 2018.

When I check in to the mid-century modern building, home in the 1960s to a jazz club, I’m struck by the way the redesign, a collaboration between Austin architect Michael Hsu and LA-based designer Sean Knibb, has encouraged both locals and visitors to flock to the ground floor communal spaces. These include a buzzing cafe (an outpost of LA’s beloved Alfred chain), a gift store selling everything from books and magazines to body products, upmarket restaurant Arlo Grey, which showcases Central Texas ingredients under lauded chef Kristin Kish, and of course the swimming pool that dominates the social scene on a hot Texas summer’s day.

Upstairs my room is all cool greys and minimalist chic, all the better to show off the floor-to-ceiling views of Town Lake and the works by emerging local artists on the walls. But I’m not in Austin for room service, so for lunch I head to Fareground at One Eleven, a kind of elevated food court that has provided a new inside-outside, eat-drink, work-play, early-to-rise, late-to-close hub in the downtown district since it opened in 2017. 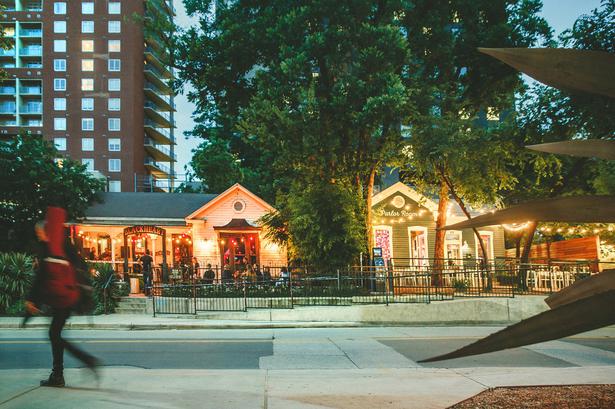 The diverse faces in the queues for outlets selling everything from sushi and ramen to tacos and pizza define the population of Austin today, home to a broad demographic from the 400,000 students who attend the University of Texas to the 14,000 Apple employees, with Google and Facebook workers also registering a strong presence. To keep the numbers going, there are 250 music venues within two blocks of Fareground.

I order a salad and a sparkling water: I plan to begin my night out with the most virtuous of intentions.

READ: Where To Eat & Drink In Singapore, From Hawker Fare To Fine-Dining

On the subject of food, it’s worth noting there are no McDonald’s or Burger Kings in town: the city with the slogan “keep Austin weird” is fiercely proud of its alternative lifestyle and independent traditions (from veganism to alt country, you name it, it’s here) that are not only keeping the corporates at bay, but generating US$148 billion a year for its tourism industry, the second largest industry in Texas apart from petroleum.

To see what the fuss and fun is all about, I begin my night on Rainey St, a tucked-away alley where old weatherboard houses have been turned into bungalow bars populated by locals strolling from bar to food truck to bar again, often with their dogs in tow. 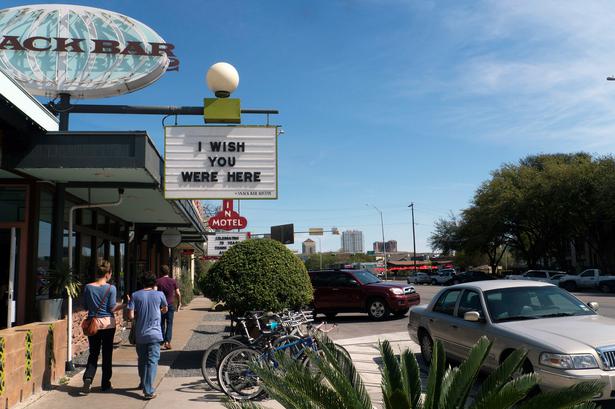 My club-hopping continues on South Congress Avenue (aka SoCo), a pulsing night-time destination just south of Lady Bird Lake, filled with boutiques, restaurants, galleries, vintage stores and plenty more live music venues. You could really spend all night on SoCo and not even scratch the surface, but I end my night at Garage Bar, one of the most hidden venues in Austin, in a former parking garage on Colorado St.

The cocktail menu is as bold as the location is unassuming: try the Forked Tongue (sotol, jalapeno, green chartreuse, lime and saline) or the Indian Paintbrush (vodka, rosemary, grapefruit and lime) then hit up The Continental Club, rated by many local musos as the best venue in town.

The following morning I’m desperately in need of some fresh air, open skies and R&R, ol’ Texas style, so I make a trip to Bandera, the self-proclaimed “cowboy capital of the world”. As I leave Austin the office buildings and bars fall away in favour of beef cattle, roadhouses and scenery straight out of a spaghetti western. It’s a scenic two-hour drive to the staging area for the Great Western Cattle Trail, which has produced numerous rodeo cowboy champions.

There are nine cowboy and dude ranches in the immediate vicinity of Bandera, with evocative names like the Silver Spur, The Flying L and the Rancho Cortez, and many more ranches on the outskirts. The dude ranches are designed to give visitors a glimpse into the cowboy lifestyle, which — when I check in to the Mayan Dude Ranch — is lived by a family of 53 members of the Hicks family.

They run 348 acres, from the lowlands of the Medina River to high in the hills with panoramic views of the valleys beyond. Activities at the Mayan Ranch run from roping, fishing and hayrides to line dancing, tortilla-tossing and swimming in the Texas-sized pool, but I’m here for the horses, so it’s time to saddle up. 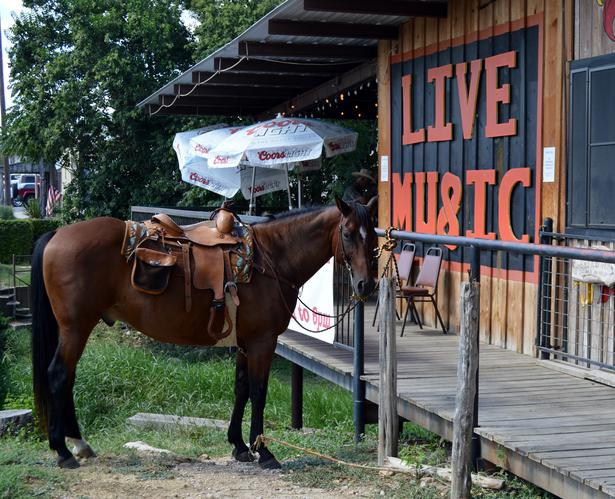 Guests receive two rides today and my first is on Comanche, a sorrel steed who is one of around 50 horses on the property, which also hosts a menagerie of donkeys, goats, peacocks and more. The trail rides are single-file at walk, to cater to riders of all abilities, and though as a reasonably experienced rider I’m sorry there are no cowboy-style antics involved, I’m soon mesmerised by the wildflowers in the Texas Hill Country scenery, and enjoy chatting with the cowboys hosting the ride, who are happy to answer my many questions about life on a ranch.

When we dismount back at the corral we discover preparations are under way for a Mayan Mexican Fiesta. There’s the aforementioned tortilla toss (my partner and I come second), sangria, a pinata for the children, a mariachi band and a vast buffet of tortillas, empanadas, refried beans, salsa and mole, and afterwards a stargazing session with a local astronomer beneath the Texas sky.

Should you wish to keep the party going, Bandera’s honkytonk bars offer nightly country and western music, and you’ll find some of the best at Arkey Blue’s Silver Dollar, the oldest continuously operating honkytonk in Texas, beneath the Bandera General Store, a wonderful 108 years young and still with its original soda fountain. 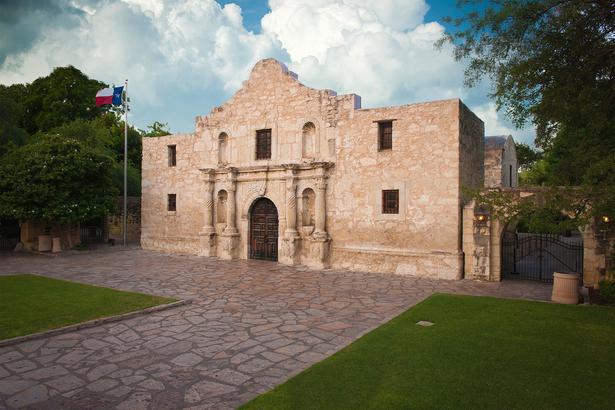 It sells everything from icecream sodas and Mexican silver jewellery to cowboy boots and Stetsons, and is the perfect place to pick up ranch life souvenirs. In the morning I’m back on Comanche to ride to a traditional cowboy cook-out breakfast by the lush Medina river. Eggs by the dozen, thick-sliced bacon, southern grits, hash browns and hot biscuits are washed down with plenty of cowboy coffee.

Despite the wonders of the Bandera General Store, I’ve still not found the perfect cowboy hat, so it’s on to nearby San Antonio, a lazy 75km to the southeast, home to The Alamo, the five founding missions that have been designated a Unesco World Heritage Site and Paris Hatters, the largest seller of Stetsons in the world. Bob Dylan, Willie Nelson and BB King are among the gents (and many ladies too) who have acquired hats from the tiny store with the biggest and best hats in the world.

I choose a wide-brimmed Guatemalan palm straw number, perfect for keeping me a shady lady.

Until I return to the endless skies and wide open plains of Texas, I will conjure memories of this remarkable state with my wide-brimmed beauty. 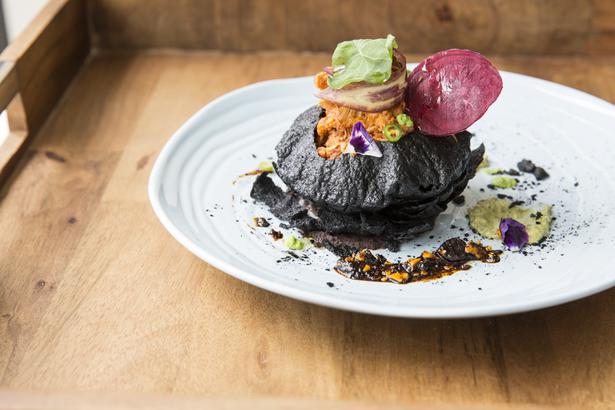 A dish from Xochi. Photo / Supplied

HOUSTON: NO PROBLEM
The best way to fly into Texas is direct from Auckland to Houston with Air New Zealand. Linger a few days to explore the Houston Space Centre, which features more than 400 space artefacts and the Nasa campus. Try a beer at St Arnold Brewery, the oldest craft brewery in Texas, lose yourself in the city’s charming 11.8-acre urban park Discovery Green or simply wander Avenida Houston, the strip to sip, stroll and savour.

Before you leave be sure to have dinner at Xochi, the newest endeavour of award-winning chef Hugo Ortega, which celebrates the culinary and indigenous richness of Oaxaca. Ortega, whose other Houston venues include Hugo’s and Caracol, is an immigrant who embodies the inclusive and entrepreneurial spirit of Houston. Born in Mexico City, the oldest of eight children, he began working at age 15 in a factory to help his family. In 1984, he immigrated to Houston, determined to make a life for himself.

He began his career as a dishwasher and busboy and later as a line cook, before attending culinary school, learning English and later working as a cleaner before opening Hugo’s in 2002. With three guest chef appearances at the prestigious James Beard House in New York City and the Chef of the Year accolade in 2012 and 2002 at the Houston Culinary Awards, Ortega and his delicious creations are emblematic of the can-do, cosmopolitan attitude that defines Texas today.

• Air New Zealand offers non-stop flights between Auckland and Houston up to five times a week. For the best prices and to book visit Airnewzealand.co.nz.