Glasgow tenements, alcoholic mother, gay son: Stuart's new novel has a lot in common with his Booker-winning debut, but this one's a romance It took its time, didn’t try to explain everything, and trusted its readers with dialogue in dialect and characters who were hard to love.

Shuggie Bain could just as well have been named after Shuggie’s impossible, charismatic, alcoholic mother, Agnes. Stuart’s unvarnished portrait of her gin-soaked neglect was certainly not forgiving.

What distinguished the book from your average misery memoir was the richness and detail of the ­picture Stuart painted of working-class Glasgow in the 1980s, a world of pawnshops, AA meetings and giro queues. No one was altogether to blame, no one altogether exempt from responsibility.

Young Mungo begins with a setting barely distinguishable from Shuggie’s. Our protagonist, the Mungo of the title, is a delicate Glaswegian boy who knows no world beyond the East End. His mother, “Mo-Maw”, is another alcoholic, though lacking some of Agnes’s warmth and charm.

Her children cope with her episodes in the only way they know, by distinguishing her alcoholic persona from her sober self with a special name, ­“Tattie-bogle, like some heartless, shambling scarecrow.”

Stuart realises his secondary characters fully: Mungo’s sensible elder sister, Jodie, quietly planning an escape from the East End; his bruiser of an elder brother, Hamish, (who goes by “Ha-Ha”) with his “skilled arm for smiting”.

READ: How Novel! 6 Books That Made An Impression On Ocean Vuong

Why must Protestants fight Catholics, young Mungo asks ingenuously. “It’s about honour, mibbe?” Ha-Ha replies. “Territory? Reputation??... Honestly, ah don’t really know. But it’s f****n’ good fun.” The community around them is marked, as such communities always are, by a combination of brutality and solidarity.

But the solidarity itself is divided along sectarian lines, with everyday life played out against a backdrop of Orange marching bands playing The Sash.

It is obvious to everyone that Mungo is different. His mother and sister convince themselves he is a “late bloomer”, a fatherless boy who needs a firm hand from someone who knows how to “make a man out of you”. Mo-Maw’s way of doing this is to send Mungo off on a fishing trip into the wilderness with two obviously dodgy men she barely knows from AA meetings.

“Dinnae go far, Mungo,” says one of the bad ’uns, who calls himself “Gallowgate”. “Bad things happen to wee boys in dark forests.” The blatant foreshadowing is one of ­Stuart’s few authorial missteps. He has told us enough for us to know that the question isn’t whether the trip will go wrong, but how badly.

Readers might fear that Stuart has written the same book a second time. In several obvious ways, that is true. But Stuart makes the small differences count, of which the most important is that Mungo is older than Shuggie, and beginning to see in his sexuality not just a source of difference and alienation but a possible route to escape and emancipation. What he needs is not to man up, but a man.

Miraculously, he finds one, in the person of James Jamieson. James is a likeable pigeon-fancier just one year older, with aspirations to have “the best doocot in the East End” and the charm to turn Mungo into a “daft lovesick lassie”. He is also, as Ha-Ha menacingly observes when told his brother has a “pal”, a “wee papist”.

The tension of the romance is expertly sustained, as is the sense of the real heroism of being a star-crossed lover in a Jets and Sharks world. Mungo’s Glasgow is a violent place, and there are episodes so brutal they come as a shock, even after Stuart has primed us to expect them.

He has the restraint to keep the romantic passages short and suggestive, giving us enough James to make him a real presence without turning him into a romantic hero from a different sort of novel.

The boys are young, inventing the rules as they go along — “Greedy little kisses that were full of bumping teeth and shy apologies” — with little but contraband American smut for guidance.

In describing their moment together, Stuart allows himself his rare moment or two of lyricism: “They twisted together, brow to brow, mouth on mouth, and everything was life peeping through a crack in a door... The boy was all growing bones and unblemished skin; a paint chart of the softest whites.”

The stylistic shifts capture something deep and true. In a world where the days are “dreich” and everything happens in a haze of “smirr”, love is — as one character knowingly observes — the light that “through yonder window breaks”.

The risk of sentimentality is always there, as it was in Shuggie Bain. But Young Mungo is a braver book, and more truthful, for his having taken that risk. 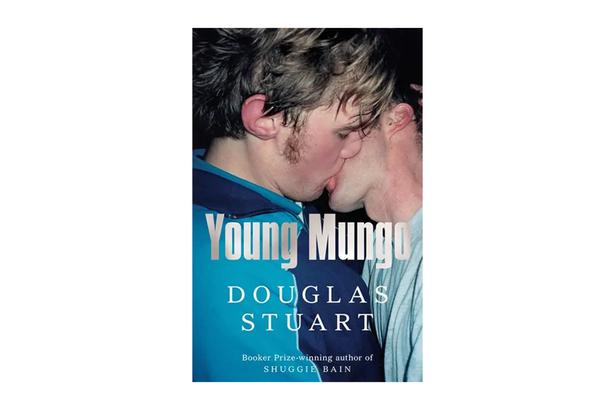