Director Andrew Morgan is on a mission to change how we consume our clothing, with the release of documentary The True Cost. “I never gave much thought to where my clothes came from. But as I began learning more about the people and places behind the labels in my closet, I was shocked by what I found,” he writes in his director’s statement.

Teaming up with environmental journalist Lucy Siegle and ethical fashion activist Livia Firth, Morgan created a Kickstarter campaign to fund his film, which looks at the ethics and environmental costs of fashion and exposes society’s excessive clothing consumption.

The eye-opening documentary, which premiered at Cannes last week, was filmed around the world and features interviews with garment workers, producers and industry insiders like designer Stella McCartney and environmental activist Vandana Shiva. It explores the staggering scale of fashion’s impact on people and the environment.

Morgan, a contributing writer for the Huffington Post, talks to Viva about the documentary and his own personal journey in discovering the true cost of clothing choices.

What can people expect when watching The True Cost, and what is your hope for the film?
It’s an incredible journey around the world to see fashion at its best and worst. We look at the impact being felt by human beings and on the planet itself.

Tell us about collaborating on this project with Livia Firth and Lucy Siegle — why did you choose to work with them?
When I first began research on the film I called Livia and Lucy blind and asked them for advice. They were so helpful that the relationship just grew and eventually they came on board as producers.

You filmed in some of the darkest slums in the world: what was that experience like?
Absolutely heartbreaking and completely eye-opening. Going into this film I understood concepts like extreme poverty. I knew the facts and the figures on a global level but to experience it in person was gut-wrenching. 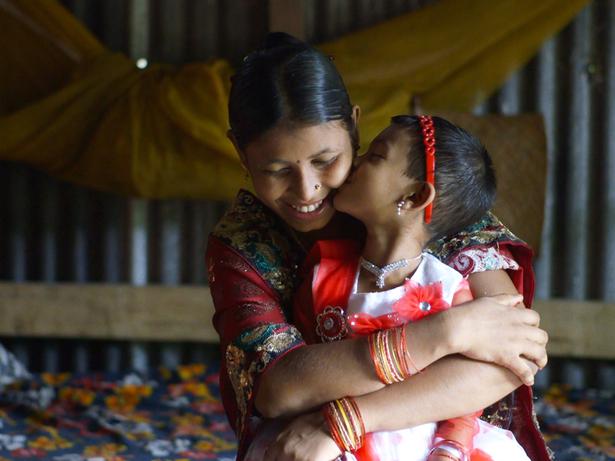 The project was funded by Kickstarter, with people pledging more than $100,000. Do you think this reflects the growing awareness of the issues around fast fashion?
It was stunning to see the generous support from people all over the world that enabled us to make this film. I think we are at a tipping point, where the story behind our clothing is about to explode in a big and beautiful way. Events like Rana Plaza have helped shed light, but what we’ve been missing is a story that truly opens the eyes of the world. I hope this film is a tool, a step in our journey that leads us forward.

In a recent interview, Lucy Siegle told Viva: “Ethical living is just applying ecological literacy to everyday life.” How easy is this to do and why is it so important?
It’s not easy but it is incredibly meaningful. When you begin to look at your life and ask the question, are my choices reflecting the values that I hold — it opens the door for a lot of meaning. That has been my experience, as I have begun to think more carefully about my clothing — it has made my choices richer and left me wanting to do even more!

The films you make are often very personal or emotional. What inspires you to make subjects such as human rights your focus?
What film does best is allow us to imagine what it would feel like to live in someone else’s shoes. For me I want to use the power of that to push us all a little to picture life from another perspective or point of view. Sometimes storytelling helps us avoid the reality of our world, but I am more interested in the ways it can motivate us to real action on behalf of other people.

• The True Cost will be released worldwide on May 29. Pre-order at truecostmovie.com

WATCH THE TRAILER FOR THE FILM HERE:

Why You Should Join the Fashion Revolution