Putting Jane Austen’s ‘Emma’ on film meant changing it, says New Zealand author and Man Booker Prize winner Eleanor Catton, but the heroine is perfect just the way she is

When I was first approached to adapt Jane Austen’s Emma for the big screen, I had to confess that I had never actually read the book.

I loved Clueless, of course, but that was as far as my relationship with the novel went. (Once, at a teenage sleepover, a friend and I had rented both Clueless and the Gwyneth Paltrow adaptation of Emma without knowing they were versions of the same story. Cher Horowitz-like, we had picked one movie we wanted to see, and one that we thought would be improving.)

READ: The New Adaptation Of 'Emma' May Be The Most Stylish Jane Austen Film Yet

I read the novel, and — what else? — fell in love; but still I hesitated over saying yes.

Formally, Emma was perfect; and yet there were aspects that would not readily transpose to the screen. Much of the intrigue of the plot depends on absent characters: Mrs Churchill, the Campbells, Mr and Mrs Dixon; and even, for much of the book, Jane Fairfax, Frank Churchill, and the John Knightleys.

This isn’t at all a problem on the page, because a character who is absent can be described just as easily as one who is present in a scene. But it’s a problem on screen, because film is essentially a medium of presence. (Not for nothing did Clueless dispense with many of these characters altogether.) 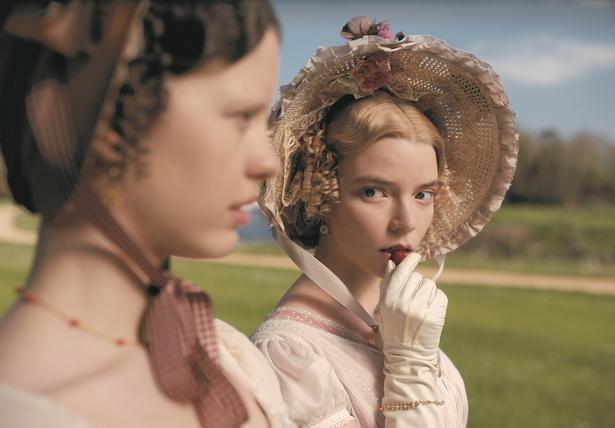 On the page, it is a simple thing to explain that Emma’s familiarity with Mr Knightley owes to the fact that her sister married his brother, but it’s a different matter to make that clear on screen, especially when the siblings in question don’t appear until a third of the way through the plot. To adapt the novel would mean committing any number of blasphemies, and enraging any number of fans.

Did I dare? Still deciding, I read the book again. One of Austen’s great innovations as a writer was to filter the narration of events through her characters’ perception of them, which is what allows for such close identification with her heroines.

This technique, now so ubiquitous in literature that it’s easy to forget it was ever invented, finds its apogee in Emma, a novel built of misconception, self-justification, and imaginative error. It has been called the first detective novel, but few detective novels have quite so much fun at the detective’s expense; part of the thrill in re-reading the book is discovering how many clues and hints were missed the first time around, not just by Emma, but by you. The book is designed to implicate its reader in its heroine’s mistakes.

Emma’s first blunder — misreading the intentions of Mr Elton — is one that nearly every reader will see coming, but this itself is part of the design: in allowing you to feel, early on, that your judgment is superior to Emma’s, Austen has moved you, magnificently, a little closer to Emma’s state of mind.

It seemed to me that a faithful adaptation would need to find a way to honour this incredible technical achievement, and that the challenge Austen set herself, to write a heroine “no one but myself will much like”, would need to be the challenge of the film as well.

For the record, I am certain that Austen meant that comment as a joke — first, because her mastery of the comic form was too total for her ever to discount her readers’ feelings, and second, because like most readers of the novel, I find Emma Woodhouse impossible to dislike.

Not because she is intelligent, imaginative, solicitous, lively, and amusing, although she is all those things; but because she is an expert self-deceiver who is appallingly, and sometimes dangerously, self-centred.

Like everyone else, I have had my personal share of Box Hills, shameful moments where I have caused hurt to wholly undeserving people, often for the stupidest reasons, and in the cruellest ways. On a basic level, Emma’s flaws are simply reassuring. But I think the deeper reason why her self-centredness is so appealing is that it raises the bar on both the humour and the romance.

Romantic comedies are stories of transformation, and the more self-centred a character is in the beginning, the greater the task to change her by the end.

I accepted the project, and began to read more widely; but it wasn’t until I discovered Raymond Williams’s extraordinary book The Country and the City that I knew that I was ready to begin writing the script. Because Austen’s novels often end with marriages to wealthy men, they are sometimes taken (usually by social Darwinists) to be advocating a form of social Darwinism, and suggesting that wealth and privilege are the just rewards of the virtuous.

The Country and the City, which traces conceptions of the urban and the rural through British literary history and the history of British social class, completely demolishes this view. On the contrary, Austen’s legacy was to show that “there was no necessary correspondence between class and morality”, marking a clear break from the novelists who had come before her, and paving the way for the great social realist novels of the later 19th century.

While Austen herself did not write outside her own social class, Williams argues that her literary innovations “had only to be taken outside the park walls, into a different social experience, to become not a moral but a social criticism”. Reading this, I knew at once that I had found my “angle”, as they say in the movie business.

I would bring out a dimension of the novel that to Emma Woodhouse was so commonplace it was practically invisible: the servants who were “beneath her notice”, to use her own words, and who personified her snobbery, because she could not see that her existence depended on theirs. (When the director Autumn de Wilde joined the project a year later, she took this idea much, much further, borrowing from screwball comedies of the Forties and Fifties to create a heightened, highly aestheticised style that focuses the satire squarely where it belongs: on the sheer insanity of privilege). 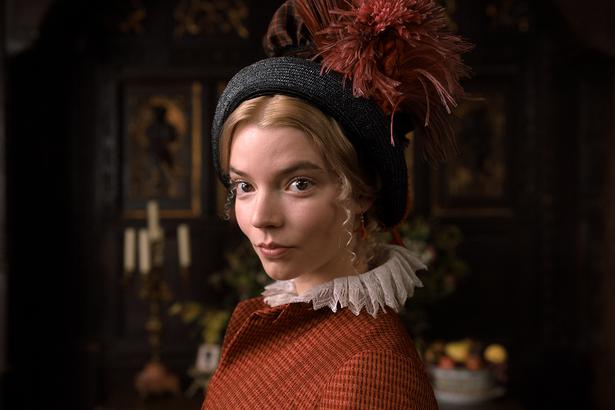 Emma is not at all a moralistic novel; Austen’s irony is too complete for that. The most outrageously disdainful line of dialogue in the book, when Mr Elton says, “Everybody has their level,” turns out in the end to be quite true: none of the characters marries outside their social class.

Emma’s own change of heart concerning her resolution never to get married happens not because she falls in love, but because she is forced to concede her place at a dance to the newly married Mrs Elton, whom she considers vulgar.

“It’s almost enough to make me think of marrying,” she says drily to Mrs Weston. I’m reminded of Lizzie Bennet in Pride and Prejudice, telling her sister that the moment she first knew she loved Mr Darcy was when she first saw Pemberley, his magnificent estate — and of Austen herself, for what is the famous first sentence of that novel, but a joke making fun of everything that follows? What a relief, in a work of genius, not to have to take it all that seriously.

On the radio recently, I heard the classicist Natalie Haynes make the fascinating remark that if Aristotle’s writings on comedy had survived, we might esteem it more highly as a form. As it is, we only have his notes on tragedy, which we tend to treat as loftier than comedy, more important, more revelatory of essential human truth, and less bound by the conventions of genre.

You need only compare the full-blooded female characters in Shakespeare’s comedies with their cardboard counterparts in his tragedies to see how the very form of tragedy shuts out, necessarily, those perspectives that in a comedy would require the protagonist to change.

When conversation is impossible, resolution can only be achieved through violence; thus to ensure a violent resolution, the writer of tragedy must make his characters unable to converse across their differences. Hamlet is a tragic play because Ophelia is so weak, so dull, and so unworthy of Hamlet. She offers no challenge to his self-centredness; she has nothing to teach him, and so he has nothing to learn. (One of the many things that makes The Silence of the Lambs so brilliantly satisfying is that, rarely for a thriller, its form is more comic than tragic. Lecter and Starling form a mutual attraction and a mutual respect; essentially, it’s a story of courtship.)

READ: Downton Abbey Is Back For The Big Screen & The Costumes Are Better Than Ever

Austen is easy to trivialise. Famously, her novels do not mention the historical events of her time; in ours, this can seem like a dangerous fantasy to indulge. What can “three or four families in a country village” possibly offer in the face of environmental devastation, political mendacity, violence, hostility, widespread mental illness, and institutional collapse?

What comedy has always offered: not just laughter, but the reminder that while change is always difficult, usually undesired, and sometimes ridiculous, it is also the proof, and perhaps the only proof, of love. I know of nothing more human, or more necessary.

Reading Emma, and also, I hope, watching this new adaptation, you cannot help but love her, by the end. But that change isn’t Emma’s. It’s yours.

Rosie Herdman meets award-winning film-maker Pietra Brettkelly ahead of the release of her latest film at the New Zealand Inter...