The model and writer recounts exploitation, trauma, and being a "mannequin"

Emily Ratajkowski’s memoir is called My Body: the name is the equivalent of a prayer. Is this body really hers or is it now a collective possession?

She is a model — she prefers to say mannequin, which sounds like an act of disassociation (a mannequin is a copy, not an original) — and she writes from inside the beauty that has previously defined her.

The #MeToo and #TimesUp movements offered her the opportunity to write what feels, in structure and tone, like a secret diary, and it is uneven, ambitious and inspiring. What is it like to be a beauty? Do we, stupidly assuming it an entirely benevolent gift, even want to know?

The opening chapter details the day that made her famous. She was 21 and dancing almost nude to make the video for Blurred Lines, a controversial song by the appalling Robin Thicke, which was banned from more than 20 British universities for inciting sexual assault. (The “blurred lines” are when consent is not sought or given. Thicke denies this analysis.)

Ratajkowski was given the job because, though she is “too short for New York ... my [bra] cup size was a valuable and rare asset”. Employees at her modelling agency sigh over the proportions of her body and even wonder aloud if she is having sex.

Ratajkowski doesn’t mind nudity as a protective act, but her reasoning is only trauma: “Strip yourself naked so it seems like no one else can strip you down; hide nothing, so that no one can use your secrets to hurt you.”

And so, she “danced as ridiculously as possible” with Thicke in his ridiculous sunglasses. I fantasise, watching the video, that she was mocking Thicke. If she did, he did not notice; or perhaps he did.

In any case he assaulted her. She was facing away from him when, “I felt the coolness and foreignness of a stranger’s hand cupping my bare breasts.” (Thicke’s representatives have been contacted for comment.) When she turned around: “He smiled a goofy grin.” It made her famous. It was a bitter gift.

As a child, Emily had prayed for beauty: “‘I want to be the most beautiful,’ I’d repeat, over and over again in my head, my heart in my throat,” she writes. “Beauty was a way for me to be special. When I was special, I felt my parents’ love for me the most.” In her tale, beauty is an inheritance, like trauma or wealth, handed down from mother to child: “My mother seems to hold the way my beauty is affirmed by the world like a mirror, reflecting back to her a measure of her own worth.”

It does not feel like worth. The most affecting section is the sexual violence — what else can we call it? — in the secret life of girls. Emily has loving, if distracted, parents — a donnish father, a fond and evasive mother — but they cannot protect her from this body, and the violence it inspires in men. She is an only child: she feels lonely and exceptional.

“I lived in the Wild West, a place where terrible, unspeakable things happened every day.”

The scenes in which she details sexual encounters eke dread. She is raped at 14 by a man she pities: “My body was light and fragile, like a shell doomed to shatter.” One terrible night, drunk with others who want her out of the car, she is fed to him: “He had come to claim me, and they thought of me as his.”

Later, she asked herself: “Who had taught me not to scream?” When he died of a drug overdose, “I cried because I was sure that I was someone who did not deserve to be safe. I cried for the loss of a different life, one that was full of experiences and people of my choosing.”

That is the central point of My Body: is it hers, this complex gift? She rebels against it — she hates doctors, even dentists — though she finds she loves the Korean spa where every body is the same and is treated the same — but still men try to steal it. An artist makes a painting of one of her Instagram posts. Her ex-boyfriend steals it. She posts a paparazzi shot of herself online. (She likes it because her head was obscured by a plant. Would she rather be a plant?). The photographer sues her.

Her point is further proved by an alleged encounter with the photographer Jonathan Leder. They drank all night; he assaulted her. He has now published hundreds of the nude and semi-nude photographs he took of her, though she says the release was never signed.

The editorial director at Leder’s publisher says: “We have every legal right to publish our books.” Leder himself was reported to say: “You do know who we are talking about? This is the girl who was naked in Treats! magazine, and bounced around naked in the Robin Thicke video at that time. You really want someone to believe she was a victim?”

“He kept that Emily in the drawers of his creaky old house,” she writes, “waiting to whore her out. It was intoxicating to see what he’d done with this part of me he’d stolen.” The intoxication is what she feels is her collusion. But it is her body, and she now knows it.

The prose is uneven. You can hear her uninterest in some subjects: politics, for instance. But when her gaze is on herself it is superb.

My Body is the end of Ratajkowski’s disassociation. She doesn’t answer the question: what is a woman for? How can she? It is a universal question. But at least she asks it, and it feels revolutionary. 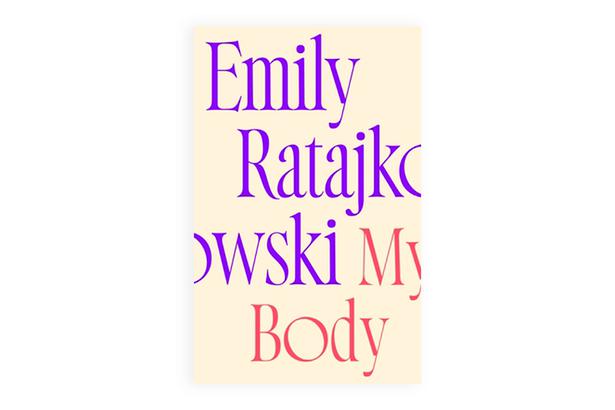 Plastic bottles, fishing nets and textile waste have elegantly metamorphosed into sports attire through a project two years in ...