The Most Fashionable Things To Do, See & Shop In Melbourne

Melbourne, a mecca of dining and culture, is fast becoming a go-to destination for all things fashion. From high-end boutiques to independent designers, events and exhibitions, not to mention some of the best vintage shopping around, there’s something to suit everyone.

One of the biggest events on the fashion calendar is the Virgin Australia Melbourne Fashion Festival. The seven-day extravaganza took place earlier this month, with runway shows, an inspiring conference and VIP parties. 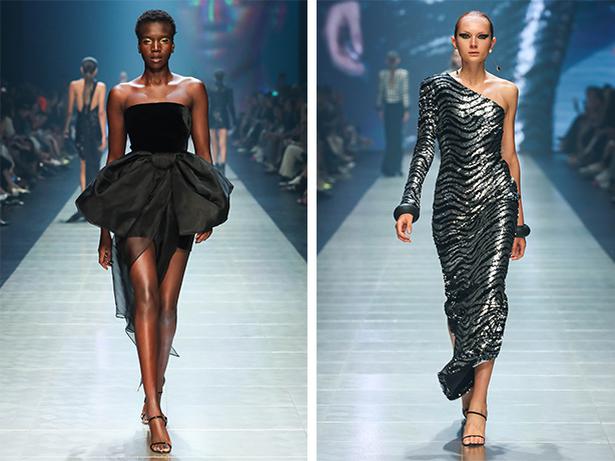 The Virgin Australia Grand Showcase featuring Carla Zampatti was a showcase of the design prowess of one of Australia's most iconic designers. Photos / Supplied

One of the highlights of the Fashion Festival schedule is the Virgin Australia Grand Showcase, which this year spotlighted iconic Australian designer Carla Zampatti. Held in Carlton’s stunning Royal Exhibition Building and soundtracked by a live performance from singer Dami Im, the show was a spectacular display of Carla’s fashion prowess and the design sensibility that has contributed to her longevity in the industry.

In Melbourne, there are many fashionable sights to be seen — some temporary, some available year-round. If you’re a fan of couture clothing (even just looking at it), the Krystyna Campbell-Pretty Fashion Gift exhibition at the National Gallery of Victoria is not to be missed. 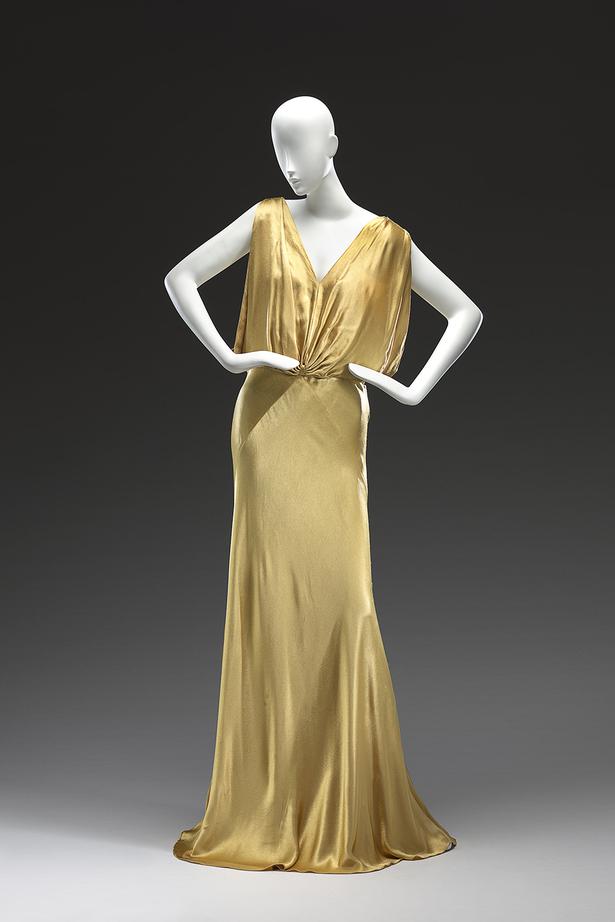 Showing until July 14, the exhibition features some of the most exquisite pieces of clothing on earth displayed among the gallery’s permanent art collection, inviting the viewer to contemplate both the paintings and the clothing in a new context.

With rare pieces like a jewelled dress from Christian Dior's first collection in 1947; to a replica of an iconic tartan dress by Alexander McQueen worn by actress Sarah Jessica Parker to the 2006 Met Gala, the exhibition is a look at the craftsmanship of haute couture fashion, and offers an insight into the processes of some of history’s greatest designers.

GETTING THERE
Virgin Australia flies direct to Melbourne from five destinations in New Zealand - Auckland, Wellington, Christchurch, Queenstown and Dunedin - and from Auckland it’s an easy short flight.

Flying business class, something every shopping fan will appreciate is the two 32kg bag allowance (multiple outfit changes take up space, okay) and you’ll have forgotten all the troubles you left behind as soon as you’ve breezed into your comfortable seat and your first glass of bubbles has been poured by the attentive flight staff. 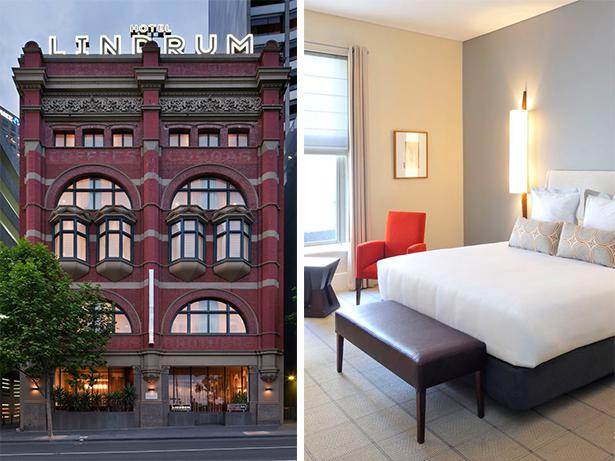 WHERE TO STAY
A stylish jaunt to Melbourne deserves equally stylish accomodation. MGallery by Sofitel’s Hotel Lindrum on Flinders St is a central city hotel with soul, and the perfect location for exploring all the city has to offer.
Visit HotelLindrum.com.au

SHOPPING CIRCUIT
Melbourne's independent designer scene is varied and unique, with a collective emphasis on ethical and sustainable practices and initiatives like the Fashion by Foot tour, run by Donna Cameron and Briar Jasper-Batson, who showcase local designers and boutiques to fashion lovers from nearby and overseas.

In the wider retail landscape there are a host of great stores to visit not far from the CBD where you can find something beautiful to take back home.

Arnsdorf
Having recently received the Sustainability Award as part of Virgin Australia Melbourne Fashion Festival Designer Awards, Australian label Arnsdorf offers classic clothing with a unique twist, and all its sustainable pieces are made in Melbourne. Pro tip: if you don't have room in your suitcase, never fear — Arnsdorf offer complimentary shipping to New Zealand. 229 Brunswick St, Fitzroy or 517 Chapel St, South Yarra 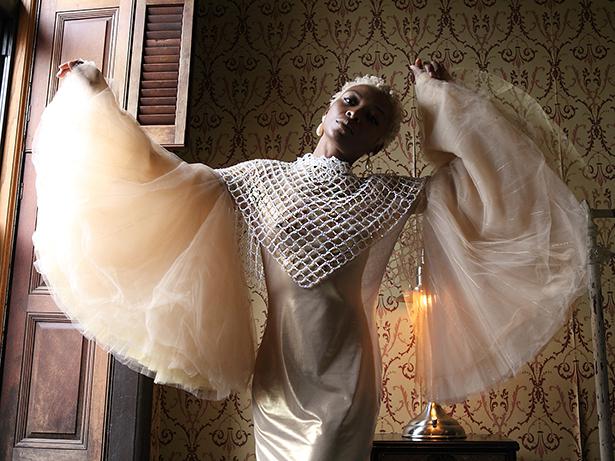 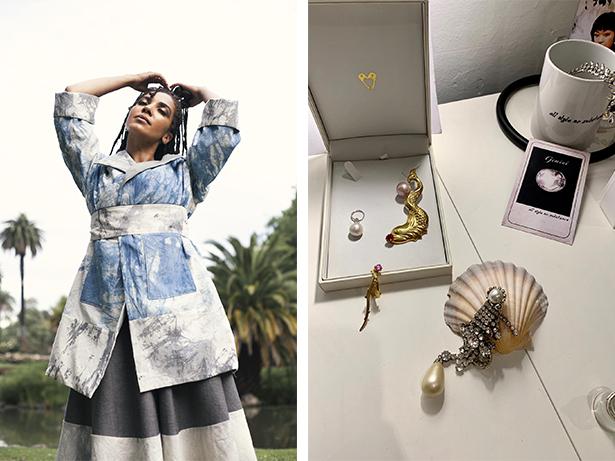 Remuse
Tamara Leacock releases her naturally dyed, vegan clothing collection in symmetry with celestial events like the equinox. Handmade and inspired by the natural environment, Remuse is fresh from showing at the Virgin Australia Melbourne Fashion Festival, so get in quick before it all disappears.
Follow @RemuseDesigns

Underground Sundae
New Zealander Anna-Mieke has been based in Melbourne for several years now, and creates her eclectic pieces by hand in her central city studio. She's got a loyal customer base in Australia, and singer Lily Allen is a fan of her work, having worn her pieces on her recent No Shame tour in Australia. While Underground Sundae does have stockists in New Zealand, it's worth making an appointment to pop up to Anne-Mieke's studio if you're in Melbourne for a peek at her cool little studio and a welcoming reception. Follow @u__________s_____ 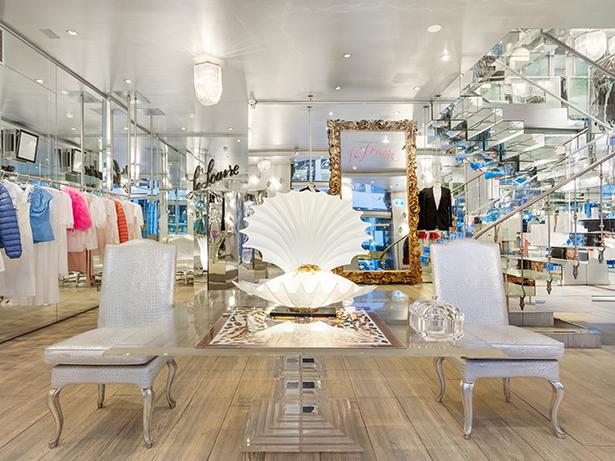 Le Louvre
Go for the eye-catching store design, stay for the amazing selection of high-end designer clothing at Le Louvre in South Yarra. Stocking labels like The Row, Gucci, Saint Laurent and Stella McCartney, Le Louvre have catered to those with an eye for luxury for over 80 years, and the selection is incredible. They also have a bridal atelier upstairs with modern wedding dresses by designers like Vivienne Westwood for the stylish, contemporary bride. You can shop online, but the store itself is worth a look for the glitter stairs alone. Le Louvre, 2 Daly St, South Yarra

Coco Vintage
Brunswick street-based Coco Vintage has one of the best selections of second-hand clothing around, thanks to designer Ellie King's eye for curation. Stocking a rotating and constantly updated array of covetable pieces, you'll want to pay Coco a visit to pick up something one of a kind. Coco Vintage, 6a 232 Brunswick Street, Fitzroy Arena Store
Independent designer Livia Arena has a beautiful store in Collingwood, which also encompasses a showroom and her workroom at the back. Her contemporary yet timeless clothing is impeccably (and ethically) crafted by hand, with an emphasis on quirky details like detachable frills and secret bright linings. Arena Store, 222 Smith St, Collingwood. Follow @LiviaArenaLabel

Dispensary 219
One of Fitzroy’s best kept secrets, Dispensary 219 is a collaborative space between several independent designers, tucked away behind Smith St. With footwear by Preston Zly, jewellery by Jenny Anderson and clothing from labels like Gun Shy and Andrea Nicholson Designs, it’s a one-stop-shop with no end of corners to explore. Rear, 219 Smith St, Collingwood

Special thanks to Visit Victoria for organising the Fashion by Foot tour.

5 Epic Fiji Day Trips To Suit Just About Everyone

Whether you're a party goer or seeking romance, here are fun and efficient ways to see more of Fiji

Like the West Coast of America, the central western coast of Europe and North Africa has a relaxed vibe, balmy weather and desi...