Jae Kang is flipping through an old stack of charcoal drawings. While the watered brush strokes seem simple at first glance, there is complexity in each one. “Some are soft and light, others come out much more dark and angry,” Jae says. “They all mean something different to me.”

The abstract works were therapeutic in their making, following a house fire in 2016. Jae lost everything, but after taking some time to recover she used the charcoal remains as materials in her art. It’s one example of how her home surroundings — through thick and thin — have inspired her practice over the years.

Jae is a tomato grower in Waiuku and, alongside tending to the demands of 6000 tomato plants every day, recycles the old irrigation equipment into the large-scale installations she’s become known for.

“I dump them all in a heap on the lawn. Whenever I pass, I think it looks like a giant scribble drawing I can make art from,” she says.

For Te Uru Gallery in 2016, Jae created Gurmon Sup (Korean for “dark forest”) out of pipes and tubes which snaked around the gallery to appear as roots of a forest. While Knot Touch at the Maritime Museum in 2017 featured knots, buoys, and bright fishing traps, and invited visitors to pull and tug at the work — actions not usually allowed in a gallery.

Jae wants her art to be inclusive, especially for children and people with disabilities. The approach is inspired by her own son, who has severe autism, and whom Jae has never been able to take to an art gallery. In 1999 she moved from Korea with her husband, James, to find a better life for their son and daughter.

Their teaching qualifications weren’t recognised here so they bought a tomato-growing business in Waiuku, despite neither of them knowing anything about it. “I had never even seen a tomato before. It was a totally different life we started here,” Jae says.

The full-time occupation and raising her son stalled her art making for the next 20 years. It was only when her son turned 21 and moved into residential care (he returns home on weekends) that Jae returned to her art studies.

READ: Inside The Waiheke Home Of Abstract Artist Gabriella Lewenz

“I felt empty after that big gap. I didn’t know how to start making art again but I had to do something,” she says.

She completed a Bachelor of Creative Arts at Manukau Institute of Technology in 2014 and a post-graduate diploma at Elam School of Fine Arts and has since made a prominent mark as an installation artist in New Zealand.

Currently, she’s stretching fishing nets on to timber poles for this year’s Sculpture on the Gulf in March. The work will allow visitors to walk into the 12m x 26m structure and will reference the idea of pre-determined categories. “I am a minority in this society. I am Asian. I have a language barrier. I have a disabled child,” she says. “When people come to my works I want it to be fun and active. Blind people can follow the structure easily and children can play with it. These are the minorities that wouldn’t feel comfortable or be allowed in a gallery. That’s who I make art for.” 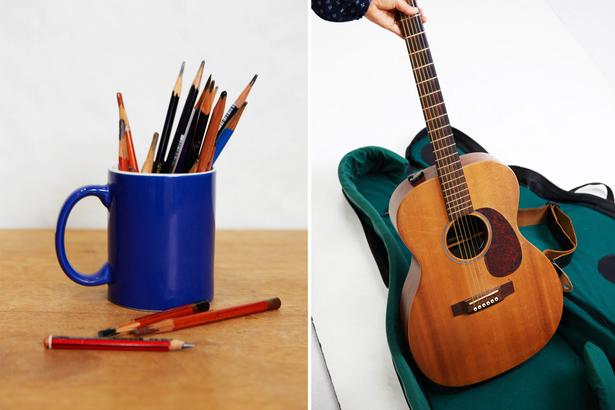 1 DRAWING PENCILS
Pencils were my first fabric. I learned fine-art and traditional Korean drawing when I was a teenager and specialised as a life-drawing teacher.

2 GUITAR
When my boy went into care it was a difficult time so my husband bought me this as a birthday present. He plays the guitar and I always wanted to learn. Now we play together with a group of others. 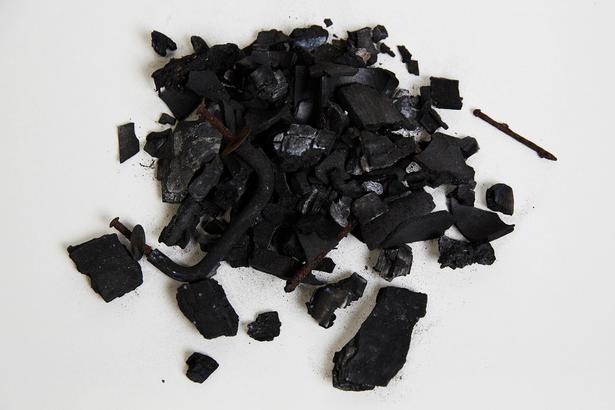 3 CHARCOAL
I needed a coping process after the house fire so I collected the dried charcoal to make black ink to draw. The charcoal is precious because even if the form has changed it contains everything I had of that house. 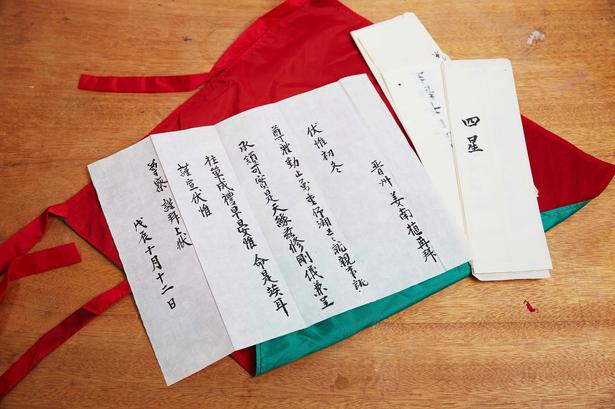 4 TRADITIONAL LETTER
My father wrote this letter to my husband’s family as a way to accept me as their daughter-in-law in marriage. He wrote the calligraphy beautifully on mulberry paper. It’s a small memory about my father and home country. 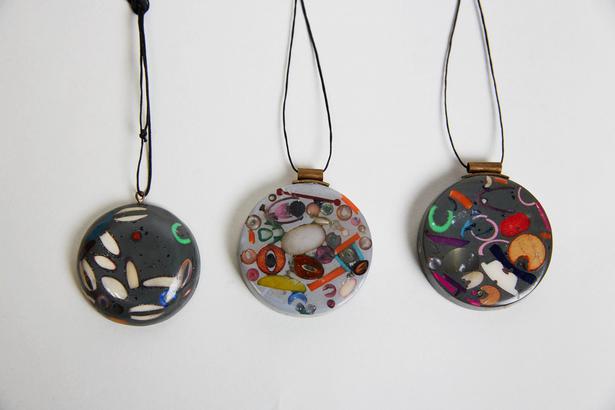 5 PENDANT
In 2014, I made a few pendants with the theme of preserving time. I used things like my boy’s toys and my daughter’s necklace and made it in resin and sliced them to look like a fossil. This survived the fire and preserves my family memory.