Nikau is a Bachelor of Fine Arts graduate from the University of Auckland. Photo / Babiche Martens Gisborne-based artist Nikau Hindin is passionate about reviving the lost art of making Maori tapa cloth. Here she shares her most adored objects

Nikau Hindin sits, legs crossed, and beats to life the art of a lost taonga. It’s been over a century since the art of making Maori tapa cloth was last practised, and Nikau is passionate about its revival.

“It puts us in direct conversation with our ancestors’ practice through tools, movement, and sound,” she says. “It’s beneficial on so many levels.”

Nikau, of Te Rarawa and Ngapuhi descent, is a Bachelor of Fine Arts graduate from the University of Auckland. She lives with her partner in Gisborne and works as a contemporary artist.

Nikau only discovered the lost Maori art of making tapa cloth, called aute, when studying in Hawaii in 2013. Nikau was there on an exchange to the University of Hawaii at Manoa and attended classes in Fine Arts and Hawaiian Studies under faculty head Maile Andrade. It was while Maile was teaching students how to beat Kapa (Hawaiian tapa cloth) that she mentioned that Maori once beat tapa too.

“I had no idea Maori also made tapa so I wanted to know more,” says Nikau.

The paper mulberry or aute plant was first introduced to Aotearoa by Maori from the Pacific but the cooler, damper climate meant the plant struggled to survive. The practise of beating aute then slowly died out as other materials became available in the 1840s.

Nikau returned home in 2014 determined to revive the lost art of aute making, which began with making her own tools. At that point, she submitted a research proposal to the Auckland Museum, which awarded Nikau the inaugural Sir Hugh Kawharu Scholarship to help with her research. However, with limited knowledge available on Maori tapa, the rediscovery has not been easy.

“Not much is known about aute in Aotearoa, except for traces found in our language and some old stories,” says Nikau. “We have 15 Maori aute beaters in our museums. These give us clues into how we processed the bark. We used aute for adornment, to wrap things, and for manu aute [kites].”

With access to these precious beaters and using their shapes as a guide, she began to craft her own tools using traditional methods. The heavy wooden beaters are made from pohutukawa and kauri wood, and the wood is cut using an adze and shaped with pipi shells. Nikau used hoanga (sandstone) to grind the beaters, and shark teeth to carve the grooves on each surface.

Making aute then starts by peeling the bark from the tree and beating the inner sap to expand the fibres. It is then dried or soaked to soften, laid on a wooden anvil and slowly beaten into wide strips and worked into a sheet.

Now, Nikau has turned her attention towards how Maori might have decorated their bark cloth. Her painted “star maps” are a visual language derived from the pre-determined times stars rise and set.

“This is knowledge our ancestors used to navigate to Aotearoa,” she says.

Nikau presented at this year’s Auckland Art Fair and just ended a show at Te Uru Gallery. She will also exhibit in Wellington, Gisborne, Auckland and Tauranga this year. Her next big solo show is at Corban Estate Arts Centre in October next year.

As Nikau moves forward in her practice, she hopes others will follow suit in reviving the indigenous art.

“A key component of my practice is sharing, teaching and passing this knowledge on so that there will be a new generation of cloth makers,” she says. “I might be the first, but I won’t be the last.” 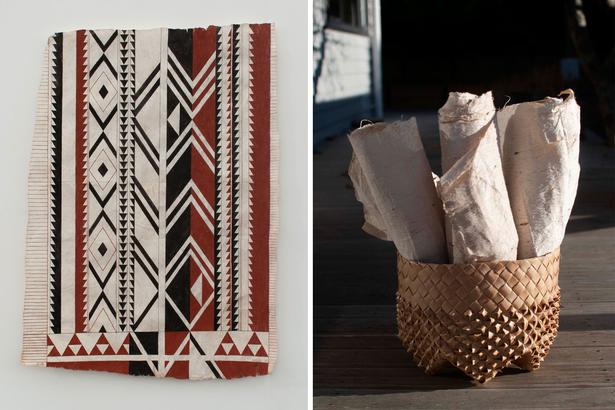 1 Artwork
I get attached to every piece I make, but I know they end up in loving homes. The process of making my star maps is a way to study the stars from where they rise on the horizon and during what season. It takes such a long time to make the bark cloth, I think it should take equal time to paint on it, so I'm very careful and precise with my marks. It is a labour of love.

2 Cloth
Before I moved home from Hawaii I harvested lots of aute on the island of Maui with my teacher Kaliko Spencer. I brought it back dried so I can resoak it, beat it and then eventually paint it. I store it in my studio rolled up and waiting. 3 Tools
Even though I have lots of beaters now, this one made from pohutukawa is the one I use the most. I do love all my other beaters, they are all so different in the way they act with the material. 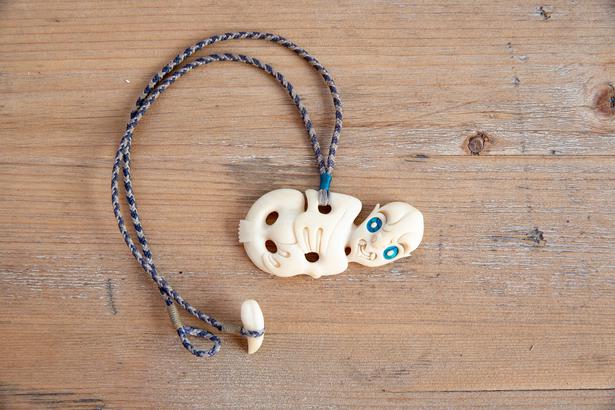 4 My hei tiki
This is my taonga, made by Rangi Kipa from whale tooth. It was given to me when I graduated from the University of Auckland with my BA/BFA (Hons). Rangi Kipa is also a mentor, he works hard and this reminds me to keep practising my craft and to push limits. 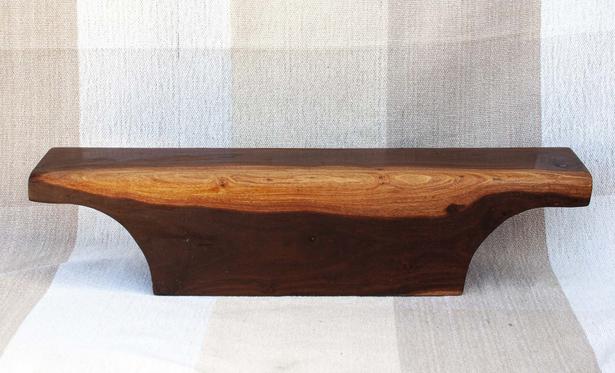 5 Kua (anvil)
I bought this kua (anvil) from my teacher’s brother Sol Apio in Hawaii. It is probably the best thing I have bought in the last six years because it makes such a difference to the quality of my work. It is made of milo, which is hard wood, and I brought it back from Hawaii in my suitcase. It is heavy too.