As far as she knows, Franceli is the only Brazilian celebrant in NZ. Photo / Babiche Martens Francieli McWilliams doesn’t describe herself as a typical marriage celebrant. She’s modern, with a multicultural perspective.

“After attending many weddings in New Zealand, I realised that celebrants were often older or rather boring,” says Francieli. “People often spend money on cake and flowers, but many don’t realise that the ceremony is the most important part.”

Knowing she had something to offer — a different outlook, experience in business management — Francieli looked at becoming a licensed celebrant.

“Being Brazilian and married to a Kiwi, I understand the differences between cultures, which is useful when helping couples to find a way to include their beliefs in a ceremony,” she says. “I love conducting bilingual weddings. As far as I know, I’m the only Brazilian celebrant in New Zealand.”

Francieli is 40, an age that doesn’t fit the perceived mould of older celebrants, and moved to New Zealand from Brazil in 2004. Her initial OE turned into three and a half years living and working in Queenstown.

“It was only supposed to be a one year, but then I just fell in love with the place, culture, my new friends and a Kiwi man, who has been my husband for 12 years,” says Francieli.

Since completing her celebrant diploma two years ago, Francieli has worked with 10 couples, with ages ranging from 26 to 62, and bookings are underway for the 2020 wedding season.

She describes her celebrant style as youthful, vibrant, and relaxed. Most couples have found her through word-of-mouth, on the Internal Affairs celebrant website, and through her Facebook page.

“My clients have said they appreciate me being a younger celebrant that ‘gets them’,” she says. “Most couples come to me wanting a more relaxed and fun ceremony. It’s a big responsibility to conduct a wedding and every bit of feedback has been motivating. It’s given me more passion and meaning to continue doing what I love.”

Couples have also scouted out Francieli for her bilingual skills. She can deliver ceremonies in English, with adaptations in Portuguese and Spanish. Her third wedding in two languages is booked in this summer.

“Being bilingual I’m proud to offer a ceremony where the couple’s relatives visiting from say, South America, can follow and understand,” she says. “How many couples have relatives attend their wedding in New Zealand and not all their guests were able to understand the ceremony? This is no longer an issue for New Zealand’s Brazilian community.”

A favourite wedding so far has been a wedding conducted for a family from the Philippines. Francieli incorporated the traditional language into the ceremony.

“I loved learning about their culture,” she says. “I felt lucky to spend the day with them not as their celebrant — as they had chosen a priest to officiate — but as their Master of Ceremony. I immersed myself in learning as much about the couple and their family as I could; including learning to speak a few words of their language to ensure the wedding was personal for the couple and their guests. It was an honour for me to be involved.”

READ: The Do's & Dont's For A Wedding

Francieli has met other younger celebrants through a Facebook group. The group includes an Italian, a South African, and an English celebrant.

“There is a growing number of younger minorities being represented in New Zealand which mirrors New Zealand culture in 2019,” she says.

Francieli is also a self-confessed romantic — a big part of the job description, she says.

“I love weddings,” she says. “There is such a wonderful positive vibe. It’s uplifting for me. And the fact that I’m there playing a big role in the couple’s life brings me many rewards. I do get emotional sometimes when the couples are saying their vows.” 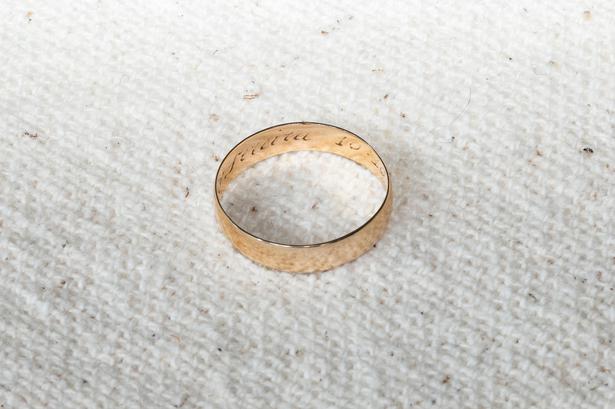 1 Brazilian woman
We bought this sculpture during our travels to an ecotourism town called Bonito in Mato Grosso do Sul State, in Brazil. It reflects the African influence in Brazil. This one in particular is elegant and feminine, her light blue long dress reminds us of the crystal-clear rivers of the area, her gold accessories transmit protection from negative energy, and her big lips remind me of my own, I may even have some African in my blood. She is precious to me and to the memories we made during that trip. 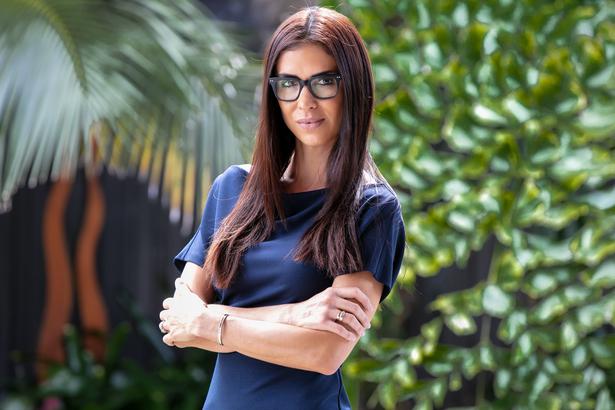 As far as she knows, Franceli is the only Brazilian celebrant in NZ. Photo / Babiche Martens

2 ‘Couple’ outdoor sculpture
When my husband and I celebrated our fifth wedding anniversary, I bought him a pine wood sculpture by Whakatane artist Pete Collins. It is called “His and Hers” and is a simple piece that reflects the partnership of love. 3 Gold mirror
My husband and I take our time to buy things for our house. But we saw this antique gold mirror in a shop on Karangahape Rd and we both were quick to snap it up. It lives in our guest bathroom and it’s an item that draws many admiring comments. I adore it against the bathroom’s dark blue ceramic wall tiles. 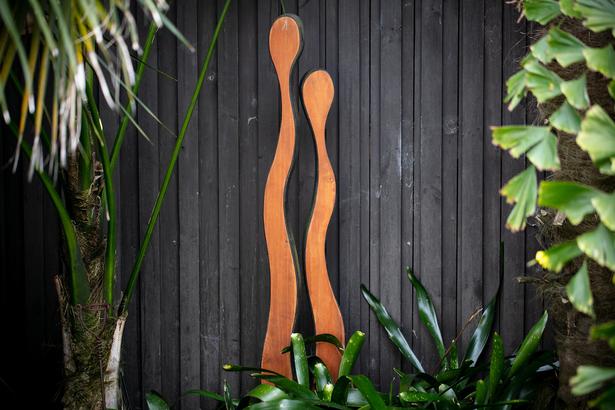 His and Hers sculpture by Pete Collins. Photo / Babiche Martens

4 Tea cup set
These are my favourite tea cups. Some of the cups we brought during our trip to Shanghai and some older ones are from my great-grandmother, another sentimental treasure. 5 Grandmother’s wedding band
My maternal grandmother died in 2014 and before she passed away she left me her wedding ring engraved with Mario Pereira, my grandfather’s name, and the date of their wedding — 10.10.1957. It is my sentimental treasure.