Like most mums, Annelise Clarke knows about a lack of sleep. She had her first daughter, Tallulah, while working in the hospitality industry alongside husband Ryan.

The couple opened Ponsonby restaurants Miss Moonshines and Gypsy Caravan in 2015, which they ran for more than three years, having previously owned Columbus Cafe franchises in Onehunga and Dominion Rd. Ryan has been a chef for 15 years and Annelise was roped in when the pair got together after university.

“It was really tough back then,” Annelise says. “Ryan worked every night so I almost felt like a solo mum. I would go in some nights to work and had to rely on family support for childcare. We’d work weekends too and it wasn’t a real lifestyle.”

“We’d end up eating meals from the restaurants sometimes and I started getting the chefs at work to prepare fresh purees for Tallulah. This ended up being a genius solution because there wasn’t anything on the market that I felt was good enough.”

The lack of nutritious options available for their daughter sparked the idea of Future Foody, a fresh baby-food subscription service. After shutting up shop on hospitality, they launched their organic range in July last year, with nutritionist Larissa Beeby and Annelise’s close friend from antenatal group Jade Hart also behind its North Shore production.

With five children between them, the mums say they are able to relate to their customers — plus they have a small army of taste-testers on hand at home.

“We put so much pressure on ourselves as parents when learning to balance the needs of a new baby,” says Annelise. “We know first-hand how tough it is and feel good about the idea that our products can ease some of that ‘mum guilt’ and support parents in being able to choose to spend more time with their children.”

Alongside fresh solids, the business launched fresh children’s meals this year and it is working on a new convenience range set to be in supermarkets next year.

Ryan is the head chef in the commercial kitchen, next door to their Beach Haven home.

“It’s pretty chaotic with things coming and going and boxes everywhere in the house. We juggle the children to daycare but somehow make it all work.”

The family, which now also includes 9-month-old daughter Coco, credits their success and wellbeing to things that keep them grounded: including nurturing a large vegetable garden in their backyard and going for walks. It's a similar approach to that of Annelise's own childhood growing up in the countryside near Hamilton, where both her parents worked in the horticulture industry.

“Eating straight from our land was always so important. Dad had the most amazing vegetable garden. I always remember waiting for the passionfruit to start sprouting on the vines. We try to do that for our own children as much as possible now.” 1 Michael Smither Print
This is called Motumahanga Quartet and it’s a print of Sugar Loaf islands in Taranaki. Michael was a customer at our first Columbus cafe and used to come in with his wife, who is vegan. We’d make a big fuss of them and always cook her a special meal. He ended up giving us this print and it hangs on our wall.

2 Bow ring
This was given to me by my husband a year into our relationship as a commitment ring. I’ve worn it ever since, for 10 years, and it’s now moulded to the shape of my finger. The gold's all thin on the back because I never take it off. 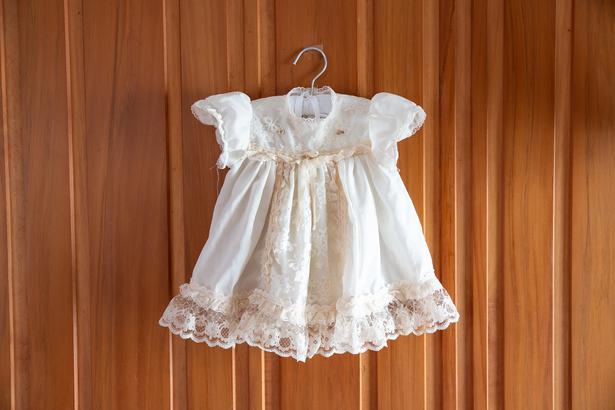 3 Gold bag
This Oroton bag was originally my nana’s who gave it to my mum. She then gave it to me for my 30th birthday last year. My nana passed away a few years ago so it’s the one special thing that I have of hers. 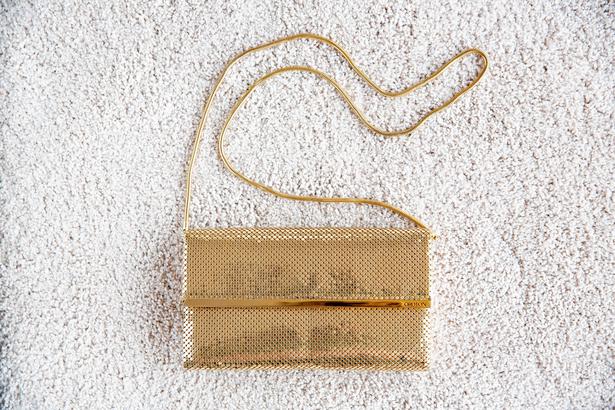 4 Baby dress
I was given this beautiful lace, old-fashioned dress when I was a baby and there’s a photo of me wearing it. I have taken similar photos of both my girls in the same dress as well, which is really cute. It’s one thing from my childhood that I have kept and treasured. 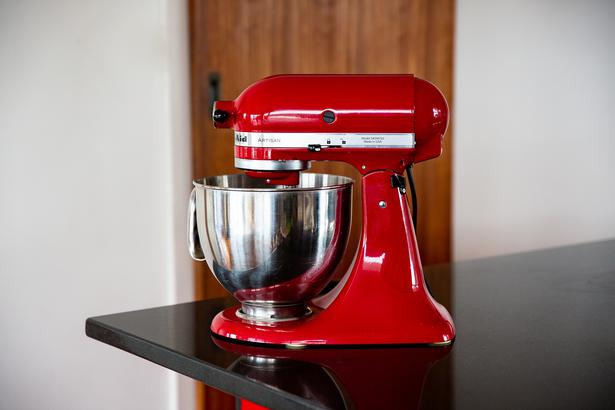 5 Kitchen Aid mixer
When I first joined my mother-in-law’s family she gave me a pale yellow coloured Kitchen Aid mixer. She's given them to all the women in the family. It was absorbed into one of the restaurants and I never got it back. Last year she gave me this new red mixer. I’ve started to teach Tallulah baking and we make things together using it.