As a gallerist, Tim Melville is often all-consumed with what exhibition is hanging inside his lofty gallery in Newton.

Right now he’s especially fond of a graphic series of Aboriginal paintings made from ochre by a group of Warmum artists in the East Kimberley area of WA.

“The current stand-off at Ihumatao is a case in point. It’s the custodianship of land and resources that’s important, not ownership. It’s something all indigenous people place value upon.”

Tim Melville Gallery opened in 2007 and is known for introducing indigenous Australian artists to a new transtasman audience. And although it’s been a “hard sell” at first in New Zealand, Tim says, outlooks are starting to shift.

“I’m Maori myself — from Te Arawa and Te Atiawa — so my interests lean in that direction — but we also seem to be living in a moment where indigenous knowledge and values are being re-valued. In light of climate change and global warming, people are beginning to recognise indigenous people know how to look after the earth.”

He picks up on local examples: Nikau Hindin reviving the lost art of Maori tapa cloth, a small boom in Pacific Island and Polynesian artists, and a Maori contemporary art show booked in at the Auckland Art Gallery in 2021 — the largest showcase of Maori art since the 1980s.

He also makes an effort to support younger and emerging artists. Currently exhibiting alongside Country / Whenua is Hiria Anderson, a recent Whitecliffe College graduate, with a “fantastic future”. And Tim’s not shy of housing a talking point either — Russ Flatt’s show Hell Bent which “explores the fractured relationship between LGBTI+ culture and evangelical Christianity”, will be shown in October as part of Auckland Art Week. “That’s going to be some controversy I think,” he says.

To find inspiration, Tim travels to Australia a lot to view Aboriginal collections including going to the Aboriginal Art Fair in Darwin every August. He tries to get to Europe every couple of years too and retreats on weekends to the house of his partner, potter Tony Sly, who lives and works in Raglan.

“I love the weekly rhythm of working like a dingbat until Saturday afternoon and then watching Auckland disappear in the rear-vision mirror,” he says. “It’s so wild and gorgeous in Raglan that once we’ve had a Sunday sleep-in and a lazy breakfast, we’re usually in the garden or on the beach in summer.” 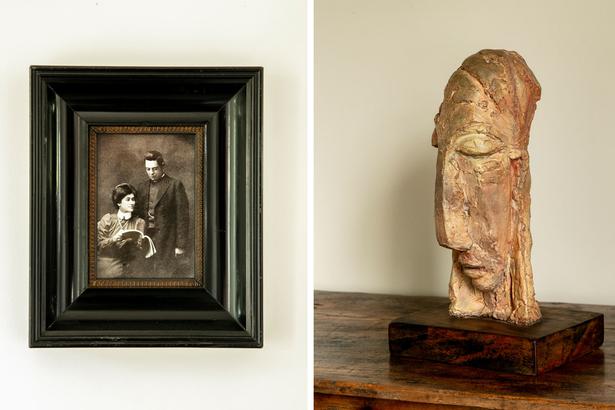 1 Photograph of my Great Grandparents
This photograph of my great grandmother Hana Park (Te Atiawa) and great grandfather Frederick Bennett (Te Arawa) was taken around 1900 and hangs near my front door. Hana had five children, including my grandfather, Hemi, but died when she was 29 years old. Frederick remarried and went on to have 13 more children. This photo is the last thing I see when I leave the house in the morning and the first thing I see when I come home at night.

2 Sculpture — Mary Magdalene (1968) by Alison Duff
This sculpture belonged to my grandmother, Eileen Hamilton, given by the artist as a housewarming present. I loved this sculpture as a child; its face fascinated me and it wasn’t until I was older that I realised it was a representation of Mary Magdalene. When Eileen moved to a retirement village in the 1990s she gave the sculpture to me. I was living in London so lugged it on the plane and because it’s made of cement, I had to tell all sorts of lies to get it on as hand luggage. 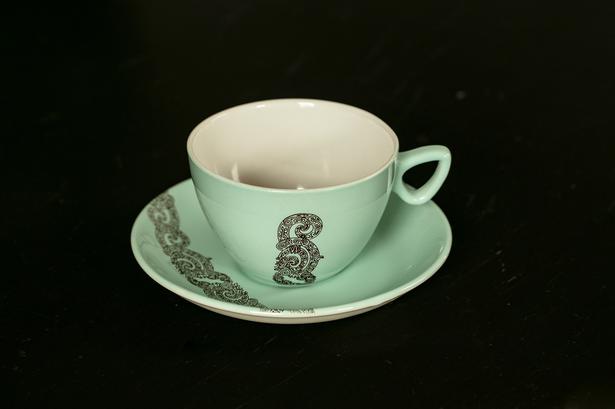 3 Air New Zealand Crown Lynn Cup and Saucer (1960s)
My dad, Bill Melville, was a flight engineer with TEAL, the fore-runner to Air New Zealand. My mum, Bev Bennett, was TEAL’s first Maori air hostess and they met on a DC6 flight to Tahiti.

In 1971 we were posted as a family to Hawaii where Dad flew the Honolulu-LA and Honolulu-Tahiti routes. I vividly remember the turquoise Crown Lynn plates with their Maori decoration. For Mum and Dad I imagine an overnight flight with four over-excited children was exhausting. 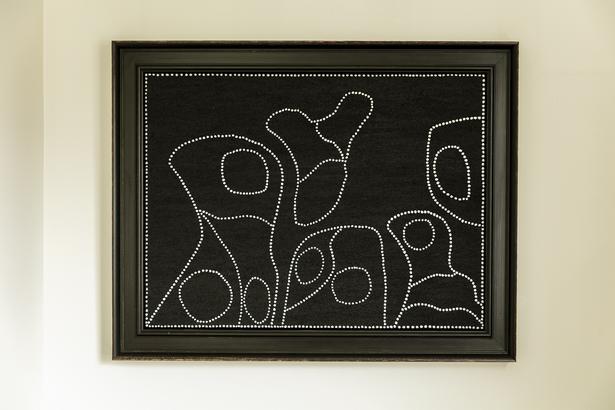 4 Aboriginal painting — Wungkul (2012) by Tommy Carroll
We hardly ever see Aboriginal painting on this side of the Tasman. I’m not sure why . . . we’re cousins after all. This Tommy Carroll painting with its rich velvety surface and floating white dots shows the Rainbow Serpent’s creation of caves and waterholes around Warmun during the Jukurrpa (Dreaming). It’s lived on several different walls at home but it always seems happiest besides the fireplace. 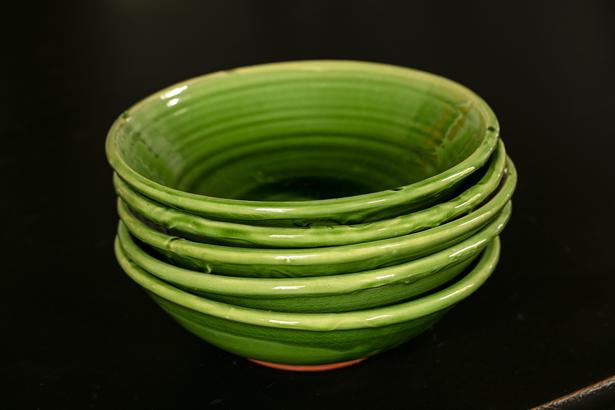 5 Rustic green pottery bowls by Tony Sly
I hadn’t known Tony for very long when he sent me a box containing six beautifully glazed green bowls. Tony has opened a store in Teed St, Newmarket, but lives and works in Raglan, so we’ve got this very modern relationship, seeing each other at weekends and alternating between Auckland and Raglan. He gets a city pad, I get a place in the country, and absence does make the heart grow fonder.