Even in the car-jammed backstreets around his Kingsland studio, Rohan Hartley Mills can find inspiration. A painted garage door may catch his eye or tiny compositions on brickwork. “I find simple oddities that often go unnoticed,” he says. “If you really look hard you can see things for great ideas.”

It’s these unfussy, almost accidental designs that play into the artist’s work, which has been noted for its provisional quality. For anyone wanting to see his art up close, five pieces of Rohan’s work will be at the Auckland Art Fair at the Two Rooms’ Stand (B1), marking his second year of presenting at the fair.

He says his modern and abstract pieces are more like working drawings, which helps to keep the creative flow going. “I make paintings to make other paintings. It’s a continual infusion of ideas swinging backwards and forwards.” It looks effortless, but he assures it’s not. 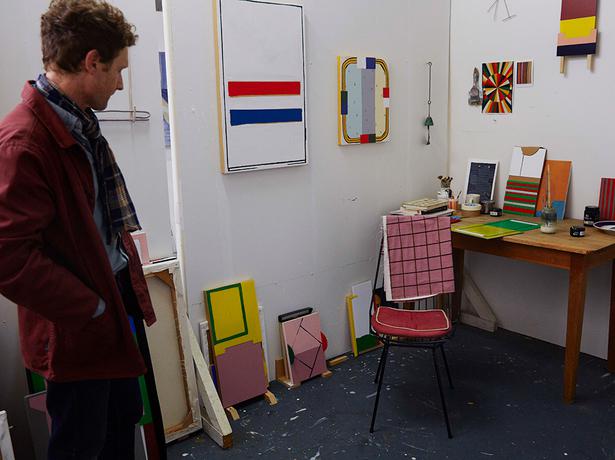 “It’s an ongoing search to put form, colours and shapes together until something is right. I always tell people you’ve got to make 10 really bad paintings to get one good one.” Regardless, its composition is never predetermined, he says, rather “each mark responds to a previous mark and you build on that until it works”.

Rohan’s bold work hinges on its use of colour, which shifted to a primary palette last year. “I’m now obsessed,” says the artist, who also incorporates thick plastic sheets, which tend to come in green, red and yellow hues. Using non-traditional materials makes his mix-media pieces take on two- and three-dimensional form and blurs the line between painting and sculpture, he says. “It’s like sculpture with a painted sensibility, but I still read them as paintings and I hope the viewer does too.”

At the moment Rohan is sticking to a small scale, but that’s mainly a result of not having a bigger workspace, he says. The artist has done larger projects in the past, including a wall at Te Tuhi in 2014. “That’s a totally different way of approaching painting,” he says. “You work on the fly, which is enjoyable, with a bit of pressure too.”

Originally from Western Australia, Rohan grew up in Geraldton with a family farm stationed at Tenindewa, and has taken the “completely opposite” path to his family’s rural lifestyle. 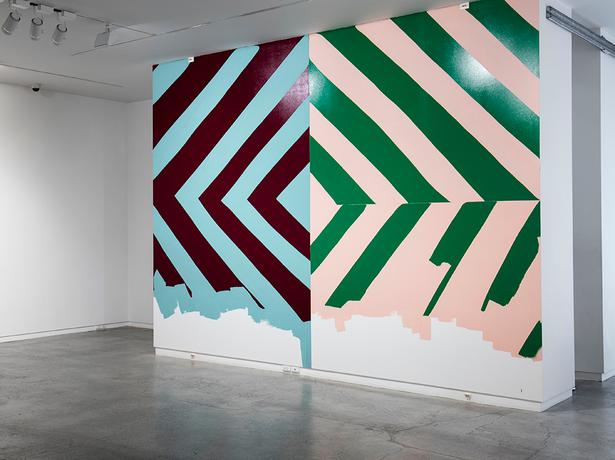 After finishing school, he spent 10 years in Melbourne and then moved to Auckland with his New Zealand wife to graduate in 2013 with a Master of Art and Design from AUT. The vast expanse of his hometown can, however, still be seen in his layouts. “That landscape plays a lot into my use of space in my work,” he says.

Rohan works full-time as a senior storage technician at the Auckland Museum but dedicates at least two evenings and one day in the weekend to his practice. It’s still “not enough”. It’s the reality of being an artist in Auckland, he says and, like most, he can’t afford to work less than five days a week.

At the shared artist hive on Akipero St, which houses 15 other artists, including John Nicol, Evan Woodruffe and Sam Thomas, it can often be like “ships in the night”, says Rohan. With studio time being filled at odd and late hours. “It’s difficult, but that’s just the way it is,” he says. “I don’t want to be a person who finishes work and goes home to sit in front of the TV. You do it because you have to.” 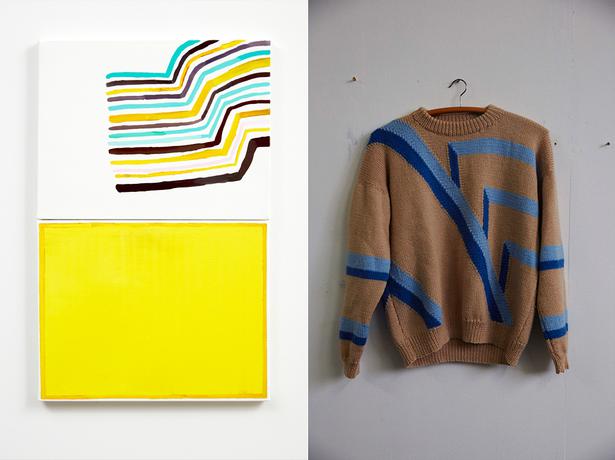 1. Homemade jumper
This was given to me by my wife, who has two online vintage clothing shops, Forest Hill Trading Co and Cloud Society vintage. I’m lucky that I get first pick of items that come into the shop. It has a great design and I love how the jumper has inconsistencies from being handmade.

I can relate this to my painting because when objects have these little inconsistencies they hold our attention much longer. We’re forced to question their place in the world and try and make sense of them. It can sometimes really shake up our preconceived notions. But all in all — it’s a great jumper.

2. Chuck Johnson’s 2017 record Balsams
Ambient pedal steel, haunting and emotional. It’s very evocative of wide open spaces — something that relates to my approach to painting in editing and stripping back the elements. 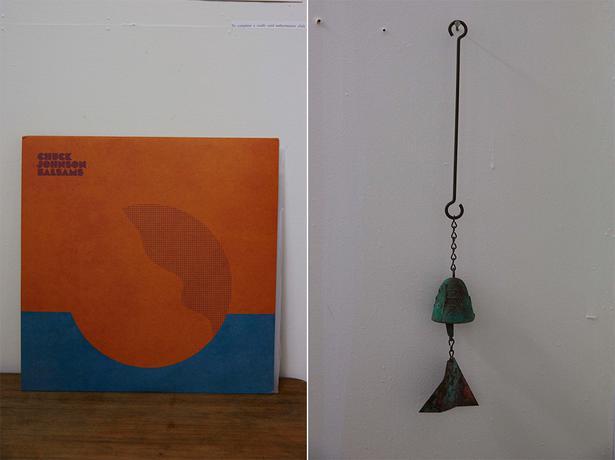 3. Arcosanti bronze bell
This handcrafted bell is from the experimental micro-city in the Arizona High desert envisaged by architect Paolo Soleri. It’s a utopian community fusing architecture and ecology. The bells were and are still being made to help fund the project.

4. Krystiana Kaza air-dried clay work Roco 2017
Krystiana’s work has a really great balance between unrefined and sophisticated. I really respond to her use of line and the materials. I think our works have similar conversations going on, which is why we are doing an exhibition together in the coming months at State Gallery [Mt Eden] curated by Jonathan Kennedy. 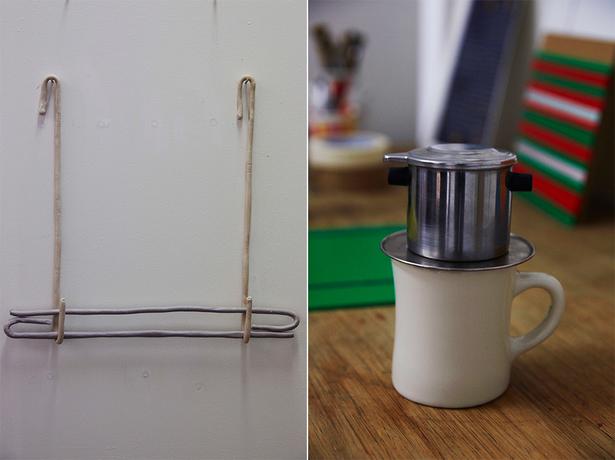 5. Vietnamese coffee filter
This was brought back from Vietnam by my sister. It’s perfect for brewing coffee in the studio.