What to watch this month? Hit play on one of these shows with stylish costumes and equally gorgeous interiors This story originally appeared on Ensemble

What to watch this month? Hit play on one of these bingeworthy shows with stylish costumes and equally gorgeous interiors.

Look we have to be honest: we haven't watched this yet. But there's lots of buzz around this show, starring Anya Taylor-Joy as a prodigy taking on the notoriously stale and male world of competitive chess - with an incredible mid-'50s and '60s wardrobe and beauty looks. She loves short bangs, and a check print. A new virtual exhibition featuring costumes from The Queen's Gambit and The Crown has recently opened at The Brooklyn Museum - tour it here. Not exactly a relaxing watch, but it's very good - with a wardrobe of incredible coats, Nicole Kidman's gorgeous hair and a look inside some NYC real estate. Kidman stars as therapist Grace, whose blessed and privileged life ravels out of control following a murder. The show's Danish costume designer Signe Sejlund fits her and other characters out in a series of statement looks, from Max Mara, Etro, Givenchy and more - peak Upper East Side rich lady chic.

We have to wait until November 15 for season four, which will introduce a young Princess Diana to the royal saga (!!!). This season will focus on the years between 1979 and 1990, so expect lots of divine '80s fashion - from shy Di to a recreation of her iconic wedding dress, to Margaret Thatcher (played by Gillian Anderson). Until then... a rewatch of season three (and one and two, if you have the time) is a must.

READ: 11 Of The Best Princess Diana Costumes Set To Appear In 'The Crown'

Directed by one of our favourite fashion photographers Autumn de Wilde and written by Eleanor Catton, this whimsical adaptation of the Jane Austen classic plays on Neon from November 8.

Anya Taylor-Joy (also in The Queen's Gambit) plays the meddling but endearing namesake character, with appearances from Bill Nighy, Miranda Hart, Josh O'Connor and a swoon-worthy Johnny Flynn. The costumes, the beauty looks, the palatial rooms, the pastel palette - it's all lovely and soothing. 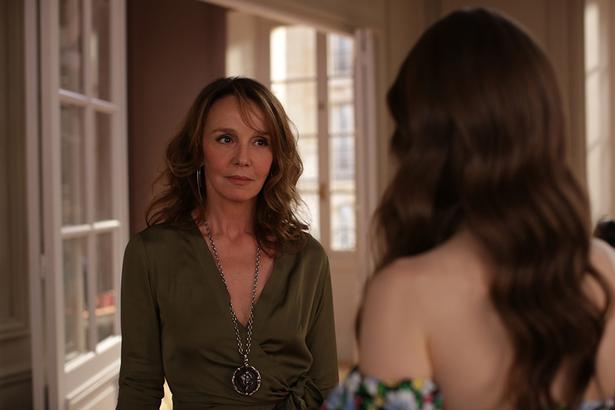 No, it's not new, and yes, it's terrible. But if you haven't yet watched this Netflix series starring Lily Collins as a naive American in Paris, now's your time. The perfect show for unwinding and turning off your brain.

There's lots of fashion, good and bad - but mean and chic boss Sylvie is actually the most stylish, with her muted wardrobe of YSL, Rick Owens, Yohji Yamamoto, Roland Mouret and more.

This story originally appeared on Ensemble