Kylie Minogue has been in the spotlight for three decades. Picture / Supplied Forget About the Sex Pistols, My Heart Will Be Forever With Kylie Minogue

After waiting years to see the pop queen perform live, Julie Burchill explains why she’ll always be her pop crush

Forget about the Sex Pistols, my heart will be forever with Kylie

I’ve lived for three decades with one eye on Kylie. When her first single I Should Be So Lucky came out in 1987, I was 28, a highly paid and imperious hack, aware that I was in theory too old and clever to like “that sort of thing” so I played it alone, compulsively, the way people would have once taken cocaine.

Of course I didn’t care for all her records — seeing as she’s released a whopping 72 singles during her 30-year career that would be undiscerning. But there are a handful that bring back the events they soundtracked in my life with the pungency and poignancy of perfume; Better the Devil You Know, Shocked, Confide in Me and the majestic Can’t Get You out of My Head in 2001.

When she was diagnosed with breast cancer in 2005, the extremity of her grace under pressure made me fall for her all over again, and I wasn’t the only one; doctors reported a “Kylie Effect” — a notable increase in the number of young women coming forward for breast cancer check-ups.

To celebrate her recovery, I wrote her a song — a really good one called A Lazy Kind of Love — which my erstwhile agent allegedly sent to her. But I never heard back — and I figured she had enough on her plate.

She is a trooper, with an astonishing work ethic, she gets the F. Scott Fitzgerald line “Work is the only dignity”. She never turns a crisis into a drama, understanding that stoicism is the surest route to happiness — only Keith Richards, in this milieu, can match her.

Someone who worked on Top of the Pops  when she was constantly in the charts told me that while one-hit-wonders frequently demanded a smorgasbord of dressing room delights, Kylie only ever wanted a kettle.

Even at the height of SexKylie, the more she took off, the more patently “decent” she revealed herself to be; she literally has nothing to hide, and her more demure aspect as she approaches her 50th birthday seems utterly appropriate but totally without fear of the ageing process.

A month ago I finally got to see her, at the Bikini Club in Barcelona, one of the small European venues where she was showcasing her latest album, the Nashville-influenced Golden. As I write, it is about to become her first chart-topping record in eight years. 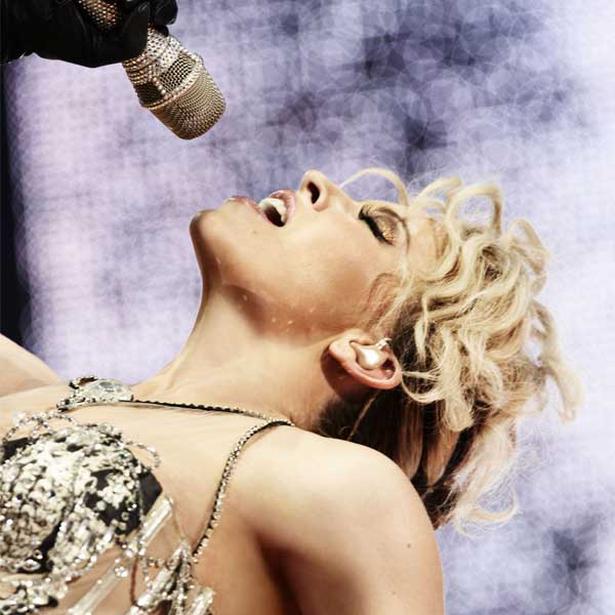 For me, some of the worst words in the English language are “Tonight I’ll be doing my new material” but for once it didn’t matter. I’d waited so long to see her and now here she was, just metres away.

The audience was about 80 per cent gay men and her rapport with the crowd is extraordinary, she talked to us like we’re mates she’d asked around to listen to records, and we responded in kind.

When introducing the sad songs she made no secret of the fact that they relate to emotions she’s experienced herself; there was a general sense of “Life can get you down but sod it and soldier on!”

The absolute highlight of the night, though, was the new song Raining Glitter, during which I had a wave of oceanic feeling. It sums up all the sorrow and joy of life and I had tears in my eyes as we all waved our hands in the air at the tiny Titan’s request.

I was told that I was welcome to go backstage and say hello, but I feel that she gives everything she has when she performs and I don’t want to presume. I know I’ll remember this evening long after I’ve forgotten seeing the Sex Pistols and all the rest of that noisy rubbish I liked as a kid. Of all the shows I’ve been to in my life, there wasn’t one false note — literally and metaphorically. Because Kylie just can’t be any other way.

We have seen her go from ingénue to grande dame with grace and skill, never once passing through that awkward age where ambition, ego and smugness combine to make a monster — Sex Kitten turned Mother Courage, Show Pony turned Stoic. As for all the jealous women out there who wonder why she hasn’t ever been married, don’t worry; she’s had fun, love and money for nine lifetimes.

There is such a long, weary tradition of the Tormented Troubador, from Judy Garland to George Michael, but the overwhelming impression is of just how much Kylie enjoys singing.

Unlike many celebrities who regard audiences as enemies/jailers/potential assassins, Kylie says “My fans are kind.” She does what she loves and she loves her fans for letting her do it. She appreciates that if you do a thing you love for a living, you’ll never work a day in your life.

She knows that her fans may not all be quite so lucky.