Sashay Away At Auckland Pride Fest, Dance At Flamingo Pier & More Fun Things For The Weekend

There's a refreshingly lovely Layplan pop-up, and events served with a side of sass

Treat your wardrobe at the Layplan pop-up

Open now until March 30, local label Layplan will have a pop-up in Wynyard Quarter for you to don its dresses and take home one or many treasures. Make hast for fun, too: The store is delightfully vibrant, with rainbow-tiled carpets, squiggly tables and lashings of colour.

Have cocktails, eats and beats in Mission Bay

From 3pm to 6pm every Saturday until the end of February, Azabu's Roku Gin Garden will be a hub of delicious summer cocktails, music (DJs include Bobby Brazuka, Hudge, Frank Booker, Manual Bundy, Junior and Chip Matthews, to name a few) and fine fare. Relax with a tipple this long weekend, and soak in the scenery. 44 Tamaki Drive, Mission Bay, Auckland.

To mark their golden 50-year anniversary, the Dowse Art Museum has taken a literal approach to its festivities, opening an exhibition replete with yellows, golds and ochres, all plucked from their collection of artworks.

Titled Fool’s Gold, it’s a celebration of an occasion, but it is also a shimmering exploration of the ways in which we assign value — be it cultural, money or historical. Take a peek at some of the gallery’s prized possessions like a true chrysophilist. On now until May 16. The Dowse Art Museum, 45 Laings Road, Hutt Central, Lower Hutt.

Dance under the canopies at Flamingo Pier 2021

Waiheke’s forest fest is on for another year, with tickets still on sale for Monday’s encore. Snap them up quick (there are only 100 tickets left) and make your way to the island for a stellar line-up that includes K2K, Leisure, Chaos in the CBD, Frank Booker, Misa, Noa Records and more. Flamingopier.net

Emily Karaka, whose exuberant paintings are featured in the landmark Toi Tū Toi Ora exhibition, will be in conversation at the Auckland Art Gallery this Saturday, February 6, from 2pm to 3.15pm.

The artist and writer's intricate beadwork is on display now until Saturday February 27 at Christchurch's The National, presented in association with Tim Melville Gallery. 249 Moorhouse Avenue, Christchurch.

This year's Pride Festival runs from now until Sunday February 28. See sparkling events this weekend, and plan ahead for these upcoming highlights from the extensive, sensational programme.

Experience the power of the spoken word

Wit, sass and the profound will coalesce at the Ngā Hinepūkōrero — Spoken Word Poets performance this Waitangi Day.

From February 3 to February 28, Icon, presented by Same Same but Black, will be available to view online at samesamebutblack.co.nz. Each day a different icon will be showcased on the platform, which functions as a veritable creative smorgasbord that’s part photography exhibition, part podcast series, part live stream pop-up event.

Tune in on February 19 for its panel discussion, via Facebook Live, for an educational chat about the images and stories carefully curated for the exhibition. 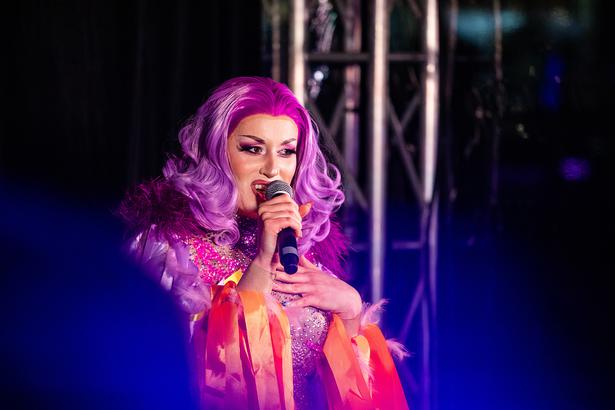 See its stars Elz Carrad and Arlo Green on the big screen at cinemas across the city.

Be dazzled at the divine Dragons Diva Den’s Pride Special

The Civic’s Wintergarden is poised for a shimmering night of lip syncs and drag as Ms Lady B, Lady Trenyce Bhone, and Adena Delights take over the central city locale for two nights only. Style and a generous side of sass will mark the night as the trio transform Green MP Chlöe Swarbrick, The AM Show’s Aziz Al-Sa’afin and Shortland Street’s Kura Forrester and Scott Smart into drag divas on stage.

Tickets range from $27 to $32, and are available via Ticketmaster. Friday February 5 and Saturday February 6, at 8pm. Corner of Queen St and 269-287 Wellesley St West.

Miss Manage, Miss Givings and Miss Demeanor are taking the stage for a cabaret spectacular, accompanied by a seven-piece band. Songs by The Supremes, The Pointer Sisters, The Pussycat Dolls and the Spice Girls are scheduled for their slick repertoire. 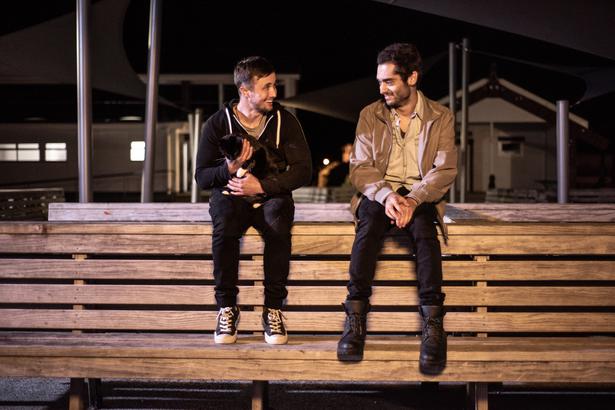 The Samesame But Different Literary Festival’s 2021 programme is a celebratory, expansive trove of events studded with 20 queer writers and their works. There’s also two gala evenings to attend, panel talks, workshops, lectures and readings, and a poetry speakeasy for keen bibliophiles.

The programme is free, and runs from Wednesday February 10 to Sunday February 14 at the Ellen Melville Centre. See samesamebutdifferent.co.nz for the full programme. 2 Freyberg Place, Auckland Central.

Be at Ponsonby’s Studio One on Saturday February 13 at 3pm or Tuesday February 16 at 6pm for a free guided heritage tour, titled Queer Herstory/History/Our Stories, of the queer spaces that have offered safe places for the LGBTQIA+ community along K Rd.

Join the Auckland Pride March and make for a party

Start at Albert Park before moving down Bowen and Victoria Streets, up Queen St and through Waharoa. Your final destination: Aotea Square for the Auckland Pride Party, an energetic mix of queer acts, food trucks and more, hosted by Hugo Grrrl and Miss Geena, and headlined by DJ Half Queen and rapper Randa. 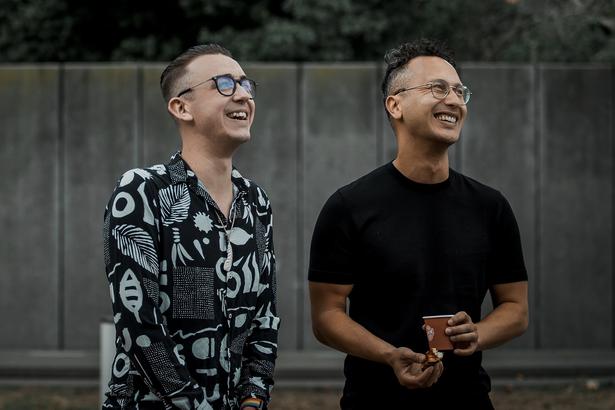 The March begins on Saturday February 27 at 4pm; the party at 6pm at Aotea Square. Check out aucklandpride.org.nz/march for more information.

See the Auckland Pride Festival’s website for the full programme, filled with more than 200 events.

The cult Netflix show wraps up its final season. As we say farewell to its charming cast and celebrity cameos, Lisa Armstrong t...

Has the inauguration re-lit America’s poetic spark? At 22, Amanda Gorman is a bestseller, and Seamus Heaney is back on TV. It m...