If you love chocolate and coffee, head along to the Chocolate & Coffee Show this weekend. Photo / @BaronHasselhoffs The Chocolate & Coffee Show & More Fun Things To Do This Weekend

Chocolate & Coffee Show at The Cloud
If you love chocolate and coffee, then you are going to be in heaven at the Chocolate & Coffee Show on this weekend. If you also love cheese and wine, then buckle in because this year they've added a VIP cheese and wine lounge. With two days of masterclasses, live demonstrations, and plenty of delicious treats to sample from over 80 exhibitors — like these truffles (pictured above) from Wellington chocolatier Baron Hasselhoffs — this is no time to hold back. Saturday October 5. 89 Quay St, Auckland. GA tickets from $12.50 and VIP Lounge $40 at Eventbrite.co.nz

Céleste Housewarming
We’ve been charmed by the neo-French, bistro-style pop-up parties put on by La Peche, so it’s with much anticipation we welcome their first permanent location, set to open this weekend. This latest project from couple Emma Oglivie and Nick Landsman, Celeste, is in the old Revel Cafe site on Karangahape Rd and will offer the same no-fuss French food, natural wine, and much more. Céleste is hosting a housewarming this Saturday from 3pm for some bites from their late-night menu and a few other dishes. Saturday October 5, from 3pm. 146 Karangahape Rd, City

Listen In Auckland at Mt Smart Stadium
Hip hop fans are in for a wild show with the return of a mini-version of Listen Out, one of Australia’s biggest national dance festival. The Auckland line-up includes Slowthai, 6LACK, Schoolboy Q and Diplo. Friday October 4. 2 Beasley Ave, Penrose

Oyster Festival Matakana
Slurp down as many oysters as you can possibly fit at the Oyster Festival Matakana. Now in its third year, the event kicks off the local oyster season and will be hosted at a new seaside venue at The Farmer’s Daughter in Omaha. Find oysters aplenty to eat, oyster demos, an oyster shucking competition, alongside food and wine vendors, and all-day entertainment. Sunday October 6, 10am-5pm. 329 Omaha Flats Rd, Point Wells. Tickets at Iticket.co.nz

You Should Be Dancing at Galatos
Get on down to Galatos for a night of disco music and dancing. If Earth, Wind & Fire, The Bee Gees, ABBA and Cher are your jam then you're in the right place. Saturday October 5, from 8pm. 17 Galatos St, City. Tickets at Galatos.co.nz 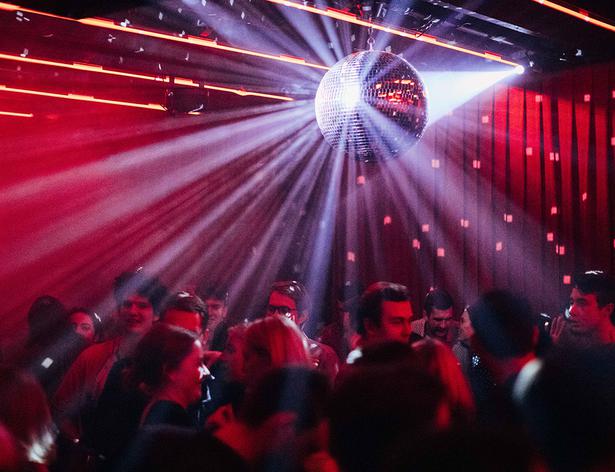 Flamingo Pier at Las Vegas Club
Viva chatted to Luke Walker of Flamingo Pier for this week's issue so we're in the mood for a dance, stat. They are holding dance parties with Frank Booker every Friday night until the end of October at Las Vegas Club on K Rd (for now, check out updates on @flamingopier). This weekend sees special guests Nathan Haines, Jaimie Webster Haines with a live horns + DJ set plus residents Frank Booker and Flamingo Pier. Friday October 4. 39 Karangahape Rd, City. Tickets at Eventbrite.co.uk