The Fringe Festival, pop-up sales and a Dystopian film festival make for a weekend of eclectic events

Lorna Jane Warehouse Sale
To celebrate the arrival of fitness brand Lorna Jane in New Zealand, they're holding a huge sale where you can nab a bargain on some of their gorgeous active wear. If you need some motivation to stick to those New Years resolutions, this might be it.
When: February 15-17, 9am-5pm   Where: ASB Showgrounds, 217 Greenlane West, Epsom   Visit: The Facebook event page

Callum Gentleman and Being
Folk musician Callum Gentleman is heading to the United States but is keen to play at his favourite venue, The Wine Cellar, before he flies off. This Friday you can catch him, and the talented artist that is Being, playing a special show where he'll bring his unique take on blues and folk, imbued with layered stories.
When: Friday, February 16, 8pm   Where: The Wine Cellar, St Kevins Arcade, K'Rd   Tickets: $10 from Undertheradar.co.nz

Tivoli Book Sale
The gallery, cinema and book store that is Waiheke Island's Tivoli is closing and they're rounding things off with a book sale. Most of their intriguing titles will be at least 50 percent off, so it's well worth heading in to grab a sweet deal.
When: February 16-March 3   Where: Tivoli, 2/118 Ocean View Rd, Pendragon Mall, Oneroa, Waiheke Island   Visit: Tivolinz.com

Dystopian Film Festival: Privilege
There's always something interesting in the works at Academy Cinemas and right now they're in the middle of their Dystopian Film Festival. This week is Peter Watkins' 1967 film Privilege, which follows a British pop star as he battles with the 'toxic' side of fame.
When: Saturday, February 17, 8.30pm   Where: Academy Cinema, 44 Lorne St, City  Visit: Academycinemas.co.nz

Auckland Fringe Festival
The Auckland Fringe Festival is taking over venues across the city from Tuesday and there are more than a few shows we can’t wait to see. Among them is Ava Diakhaby and Frith Horan’s Cool Behaviour which explores how we came to live in a world where everyone’s trying to “out-perfect” each other. Other highlights include The Polar Bear Chronicles, Buddy and Catacular.
When: February 20-March 4  Where: Various venues   Visit: Aucklandfringe.co.nz. 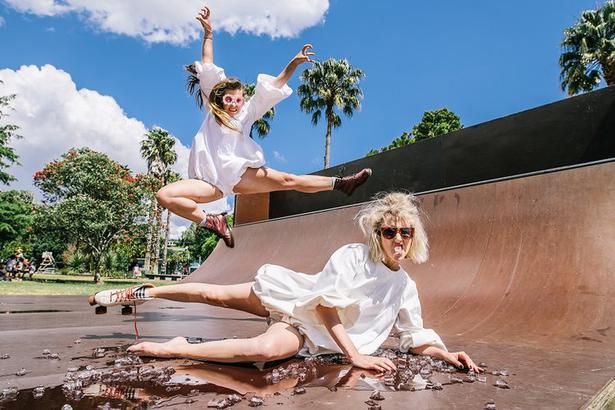 READ: How to Wear the Basics (and Not Look Basic)

The Secrets of Ripe Deli's Success

After 15 years in business, Grey Lynn's Ripe Deli is as busy and vibrant as ever

Dressy Shoes to Wear to The Polo

Go for interesting textures and patterns, and of course, a sturdy heel