The future of farming is in safe hands when it comes to the dedicated custodians of a family farm in Pirinoa, South Wairarapa

When Natasha Ratuva, a multi-disciplinary creative, first met her fiance, Raihānia Tipoki (Ngāti Kahungunu), in 2017 it didn’t take long before she made the move from Auckland to the Wairarapa to start a new chapter — learning to apply her creative skills to helping manage a 70-hectare sheep and beef farm in 2020.

Natasha is born and raised iTaukei, Fiji (Kadavu vasu i Bua), her cultural heritage influencing her work as an artist across photography, graphic design, digital art and poetry. Raihānia is a farmer, sailor, and te reo and Te Tiriti educator, and is passionate about restoring our relationships with nature.

By combining their experience and skills, they’ve been able to imagine a farming future with plenty of new possibilities, sharing Raihānia’s family farm with his mother, older brother and wife, and their two children.

As the couple prepare to wed in March, their union is marked by this new adventure living and learning from the land they now reside on, and highlighting farming methods passed down through the generations.

Lorde: Ngā wapārua Farm has been in your family for over 40 years. When did you start the move towards regenerative farming?

Raihānia: Regenerative farming is something we’ve been moving toward for the last six years since I moved home [to the farm].

Can you describe the farm’s location and size, and what makes it special?

Raihānia: ‘Ngā wapārua’ literally means ‘the joining of two streams’. The farm lies across ancient river flats boarded by the Tāranganui River in the south-west and a low-ridge hillside plateau in the north-east where two strategically constructed pā tawhito (pre-colonial Māori villages) stand guard over the land below.

Tāranganui awa begins east, high in the majestic Aorangi Ranges, meandering some 40km west across the lower Wairarapa Valley planes to the mighty Ruamāhanga River and Onoke Moana (Lake Onoke) where freshwater meets the sea at Te Moana i Raukawakawa.

This is Whakatomotomo. A valley pathway connecting Wairarapa Moana and the coast. A sequence of countless, once bustling, seasonal, fortified and unfortified self-sustaining villages and communities. While my family has only been part of this whenua for five decades, the mana whenua here — Ngāti Rākaiwhakairi, Ngāti Hinewaka, Ngāi Tōkoko — represent an unbroken line of occupation and descent from ancestors such as our famous navigating tipuna, Kupe.

What do you grow or raise on the farm?

Natasha: We currently have 130 cattle and 40 breeding ewes, a ram, 10 chickens, four pigs, three orchards, a whole lot of vegetables and our beautiful pet sheep Peanutbutter and her lamb Kowhai.

A priority for you is growing and nurturing in accordance with indigenous principles, such as planting and harvesting by the Maramataka. How different is this to the way the farm was run when you were growing up, Rai?

Raihānia: The maramataka is definitely a new part of our farming practices, however, my parents both had a love for the land and animals so their wellbeing was always paramount. I remember coming back from living in Whaingaroa (Raglan) for a year in 2010 and telling my parents about permaculture.

I remember my mum saying, ‘Son, that’s basically what we’ve always done’. We always ate from our garden and orchard. Dad slaughtered our meat. We went eeling and fishing. We learnt about and cared for nature.

It was such a wholesome upbringing and the principles of manaakitanga and kaitiakitanga were always there, we just didn’t use those terms. 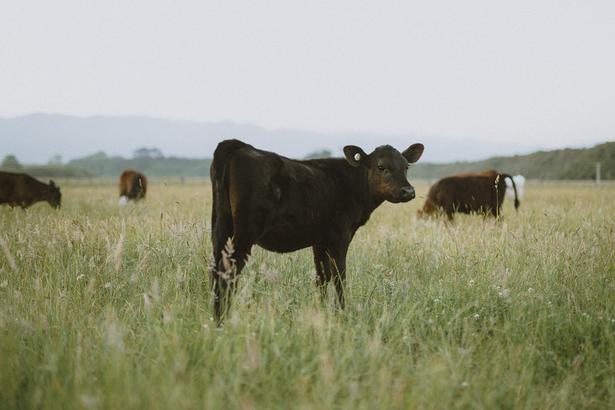 "Every being plays an important part in the incredibly complex and intricate network of the natural world." Photo / Hohua Ropate Kurene

Can you describe some of the indigenous farming practices that you use on the farm?

Natasha and Raihānia: Now that Natasha and her iTaukei vuvale/whānau have joined ours we try to use the traditional Fijian lunar calendar in conjunction with the maramataka. February is known as Vula i sevu and is considered the pinnacle of the iTaukei 11-month cycle.

This month marks the plentiful harvest of breadfruit, dalo, cassava and yam. The first presentations of yam are offered to the village chief and its spiritual leaders. The vast differences in climate and ecology between Aotearoa and Fiji mean we instead gather our first harvests of pāpapa, tomatoes, beans, whatever is ripe and share them with our whānau.

It ensures that healthy kai is circulating in our families and we are moving in tandem with the natural cycles.

What have you learned from farming in accordance with indigenous principles?

Natasha and Raihānia: Every being plays an important part in the incredibly complex and intricate network of the natural world. We’ve learnt the importance of expanding on the relationships between us and ourselves, our families, our communities and the natural world. We’re still learning every day.

Degrowth is a really interesting concept more people are engaging with. What does it mean to you in the context of the farm? How does this principle guide you?

Raihānia: It means going back to basics and remembering what’s important in life: healthy food, clean water, and good relationships. It’s difficult when you’re operating within the system but it’s small things like growing your own kai and sharing what you have that can have a big impact and influence others.

READ: How To Design A Vegetable Garden, According To Two Top Cultivators

What’s your favourite time of day on the farm?

Natasha: Dusk is the beautiful time just before nightfall when the natural world is most active. The animals are making the most of the last rays of sunshine, the nocturnal animals are waking up, the plants and trees are transitioning into other physiological processes.

Our calves and lambs gather in groups and run around the paddocks, getting up to all kinds of mischief before they wind down.

What changes do you hope to see in local agriculture and food production in the near future?

Raihānia: Understanding what the future holds is essential to having an idea of what the present should look like. An equitable and fossil-free future demands that industrial agriculture become a thing of the past, that exports and imports are minimised, and that local circular economies where local people grow local kai for local communities are maximised.

We must divorce ourselves from chemical agriculture, we must devise a way to share whenua so self-sustaining communities can be established and re-established in regards to mana whenua.

What does designing a better future mean to you?

Natasha: As Tangata Moana and an iTaukei woman it means honouring Te Tiriti and understanding that true liberation, equity and the preservation of the planet will not happen until Māori are autonomous on their own land.

Raihānia: For me, designing a better future relies on decentralising our society, planning centuries ahead, creating localised, shared power structures where democracy means everyday people shape their own destinies.

Avoid paying $13 for a cauliflower this winter and grow your own. Whether you live in an apartment or have a backyard, gardener...