Gossip Girl Is Getting Rebooted So We're Having A Fashion Flashback

A spinoff of the early-aughts series has been announced, and we’re looking back at some of the most memorable fashion moments from the original show

Twelve years after we were introduced to the unforgettable duo of Blair Waldorf and Serena van der Woodsen, along with their supporting coterie of rich boys, sad boys and wannabes, newly-announced streaming service HBO Max will be screening a spinoff.

Set eight years after the original show’s finale, according to Variety, it will follow a new group of New York private school teens who become acquainted with the social surveillance of the Gossip Girl website, exploring how social media and the landscape of New York has changed in intervening years.

It is unknown whether Leighton Meester, Blake Lively or any of the original cast will return for the new series, but it IS known how much the show influenced and was influenced by fashion during its tenure on American network CW.

It attracted some the fashion industry’s biggest names, like Karlie Kloss, Tyra Banks, Alexa Chung and Rachel Zoe, for cameos, and has spawned numerous social media accounts that document the designers of each look worn by the show’s stars.

Let’s look back on some of the outfits worn by the cast during Gossip Girl’s six seasons — the good, the bad, and the oh-so-early 2000s. You know you love me — XOXO, Gossip Girl. 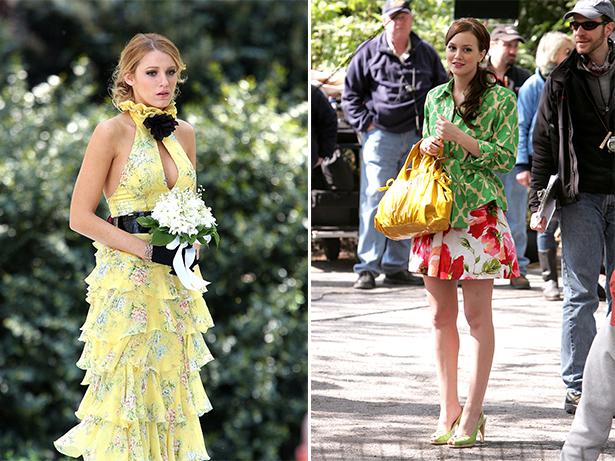 Blossom Buddies
A floral pairing for the duo in the last episode of season one — Serena took a turn as a bridesmaid at her mother's wedding in this very memorable yellow gown by Ralph Lauren, and Blair donned a bright combination of clashing pattern to make Georgina disappear, with a green belted jacket by Diane von Furstenberg over a Marc by Marc Jacobs ruffled blouse, a pink and red floral skirt and yellow Gucci bag.

Prep School
A quintissential preppy Blair Waldorf look, headband included. She's wearing a Valentino blouse, Ralph Lauren coat and belt, and Brooks Brothers bag. Blair was so ahead of the headband trend, it's not even funny.

What Uniform?
I didn't have to wear a uniform at school, but watching Gossip Girl made me wish I did, if only to wear it with the same amount of freedom that the cast wore theirs. 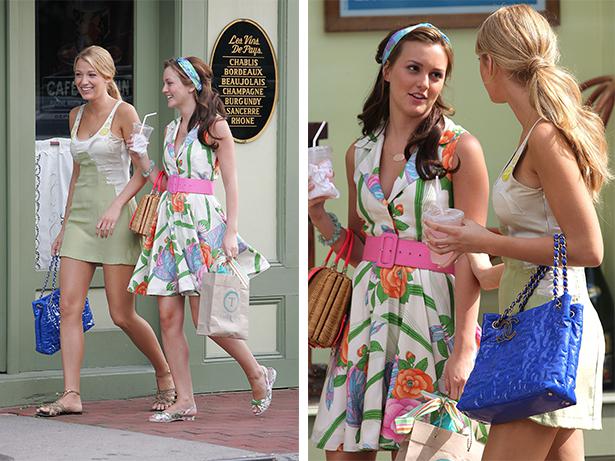 Golden Girl
This dress. Looks. Like a duvet to me. There, I said it! In this episode, titled Hi Society, the characters attend cotillion, with everyone dressed to stand out. Did Serena's Pamela Dennis gown stand out for the right reasons? 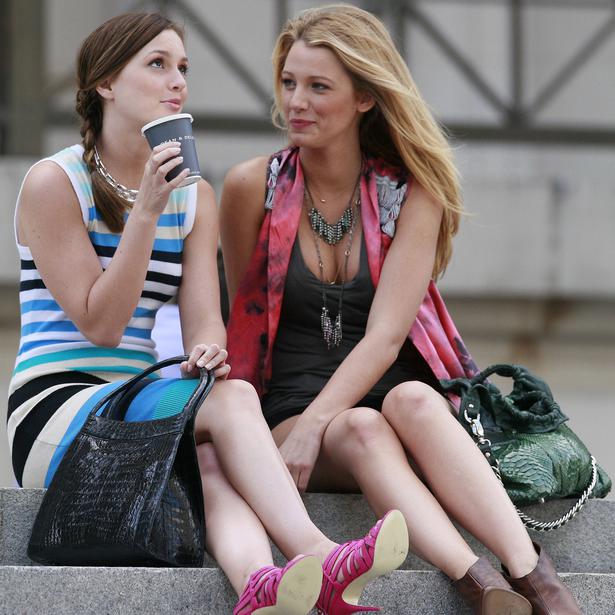 Constance Queens
Is there anything more noughties than a statement, boho waistcoat and a bandage dress? Blair, sans headband for this look, wore a Bendel's Co-op striped bodycon dress, while Serena's vest was from Barneys.

XOXO
Blair's second wedding — this time, to Chuck! This is from the season finale, New York, I Love you XOXO, and for the first wedding of the episode (the second half involves a five year flash-forward to Dan and Serena's wedding) Blair wore a very beautiful, and surprisingly timeless, gown by Elie Saab. Here she is with everyone's favourite and the actual main character of the series, Dorota.

The gang grows up and embraces classic 80s Mall Rat fashion as the cult sci-fi series makes a welcome return with its third sea...