In this extract from The Great Kiwi Pub Crawl, Jono Corfe and Ned Bartlett look at the history of Puhoi Pub and Stables It is a curious thing, the tendency for pubs to become the de facto museums of their district. Usually the walls of drinking houses are lined with photographs of local sporting teams so that future generations can see what their forebears looked like at a similar age and marvel at the length of the sideburns and the quivering enormity of the moustaches.

There will be published snippets about local achievements or events and in most country pubs it is probably against the law not to have a stag’s head or similar trophy. The Puhoi Pub is a museum alright, although not the sort of museum you’d expect. In fact, the Puhoi Pub has to be seen to be believed.

Just as Waipu was settled by the Scots with assistance from local Maori, Akaroa by the French and Dannevirke by the Scandinavians, Puhoi was settled by the Bohemians. And the walls of the Puhoi Pub are replete with the paraphernalia used by the early settlers to clear the bush and turn the area into the quaint little hamlet it is today. There’s another nod to the Bohemian connection with Czech beer bottles taking pride of place above the bar; however, there’s more . . .

The walls host an agglomeration of bras, currency from countries that ceased to be countries long ago, prize bull horns (each with names), the head of a marlin that clearly still can’t quite believe it is up there, a series of firearms that may or may not have been used to ward off bikie gangs by the publican, and a rather adorable painting of a porky-looking railway worker pouring his wee boy a cup of tea. This list barely scratches the surface of the many eye-popping curiosities assembled on every available surface from the skirting boards up to the ceiling rafters. There are all manner of items from the sacred to the profane; each and every piece a memento not so much of themselves, but of a bloke who once kept order with a couple of well-intentioned blasts of a shotgun loaded with saltpetre when the pub was full of bikies. 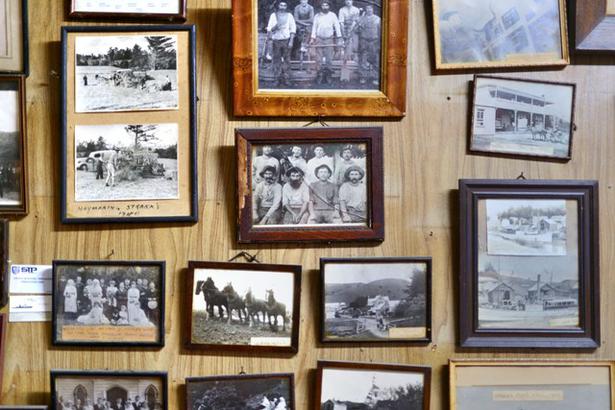 Forgive me for getting a bit philosophical for a moment, but the Puhoi Pub illustrates a particular point beautifully: that some bars are faceless. They could be carbon copies of any other faceless bar in any other town in New Zealand. Blackboards sit in front of the doors of the bars promising great service, good food and coffee. (If this sign exists then, in my opinion, the bar has a problem.) The difference between a bar and a pub is that a bar is a room with taps in it that serves drinks; a pub is a community and it builds its reputation upon its character. In some way the surroundings are usually a manifestation of the personality of the publican and this is the case with the Puhoi Pub, whose publican was Rod Seymour.

By all accounts, Rod Seymour was an entertainer, a musician, either the greatest barman who ever lived or hospitality’s pirate king personified. He ruled the roost of the Puhoi Pub and while his family still own the place, everyone with an opinion reckons that Rod was irreplaceable.

Rod Seymour was convicted for after-hours trading no fewer than 43 times, causing him to install his wife Dulcie as the licence holder. It was said he could whistle sparrows down from the trees and would either welcome you like a long-lost relative or subject you to a withering tirade of innuendo and/or abuse, all capped with a wink.

One of Rod’s former brewery reps, with whom the Seymours’ lawyer will catch up shortly, tells of being despatched one afternoon by head office to get a cheque for the Puhoi Pub’s account. The young rep, aware of Mr Seymour’s strength of personality, warily approached the bar, greeted Rod and gingerly brought up the topic of the outstanding account.

"Aren’t you going to have a beer?" Rod replied, ignoring him. "What could I do?" recalled the rep 20 years later with a rueful smile. "I sat at the bar and listened to him tell stories. Some tourists came in and . . . [this part of the story is censored] . . . anyway, they’d never seen a soft drink gun used like that before and my eyes were on stalks. This was a professional publican? I spent the afternoon alternately being entertained by Rod and him ignoring my increasingly weak enquiries about the cheque. He kept pushing beer towards me and I was just getting drunker and drunker. Eventually I just blatantly demanded a cheque from him."

Apparently the room suddenly went very quiet and Rod’s eyebrows clenched as he issued the young fella polite but firm instructions that he would make good on the outstanding balance with the CEO of the brewery directly. Sure enough, Rod rang the head honcho of the brewery in his glass tower in Auckland and gave him an earful the next day. Not about the conduct of the young rep — Rod appreciated the young fella’s candour and that he was just doing his job — but about the lack of faith the brewery seemed to have in him personally. The account was paid and Rod was not trifled with again.

Yes, this was a professional publican alright. There are more stories about Rod Seymour than there are in the Bible. Rod was described in his obituary as a "craggy human landmark" and as a "Crumpesque Archie Bunker". Those who knew him talk with genuine affection for the man who would either adopt someone or abuse them on sight for no good reason other than that he did or didn’t like their face. Take the case of the Auckland madam who demanded a swizzle stick for her drink only to have Rod dip his false teeth in it and be told, "There’s ya swizzle stick love."

There is a sign above the bar that reads, "If the service doesn’t meet your standards, please lower your standards". Yep, this is still Rod’s pub alright. 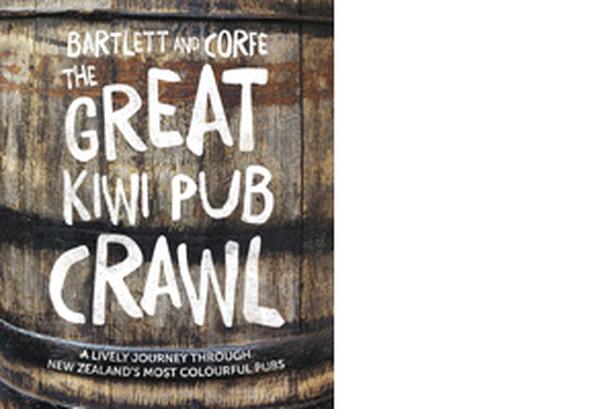