"The crew — Tommy, Lily, me and Thistle. Taken outside the Metropolitan Museum of Art by Jakob, just before we left to start shooting. Such an iconic moment that we needed to capture: my best friends all together in the city for Harman Grubisa. My favourite photo from the entire trip, it makes my heart sing."

In late May, designer Jessica Grubisa packed up her vintage Dior and flew to New York, for a whirlwind trip to shoot the latest campaign for her label Harman Grubisa — and catch up with her group of creative expat friends.

Jessica and co-designer Madeleine Harman decided to take their spring/summer 2018 collection to NYC partly because of their love for the city, and also because so many of their friends — creative and increasingly influential — had moved there. 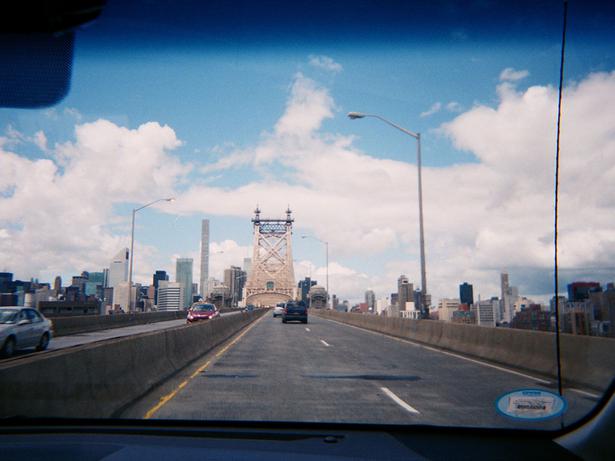 "Crossing the Manhattan Bridge from Brooklyn, on our way to a location uptown."

Thistle Brown, one of Jessica’s closest friends who has starred in a campaign for Milk Makeup and walked in shows for hip New York brands including Eckhaus Latta, styled the collection, while hairstylist Tommy Stanton, who moved to London last year having worked at Auckland’s Stephen Marr for several years, did the hair. 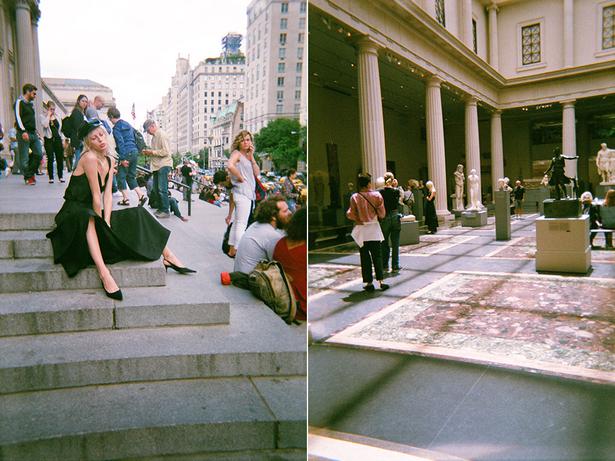 Left: "Taken on the iconic steps outside the Met, minutes before our driver arrived to take us to our next location. We played around with a few shots on the steps — this was 1pm so peak lunchtime, and we had an audience. One of my favourite shots of Lili from behind the scenes." Right:" One of my favourite rooms at the Met is the Greek and Roman art gallery. We were meeting our driver uptown, before heading to various shoot locations across the city — we had some time to wait before he arrived and Lili was already in her first outfit, so we wandered into the museum and played in the Greek and Roman room. It was a dream!"

(Days after hanging with her New Zealand buddies in New York, Lili flew to London to appear as the “groom”, in a candy coloured striped suit, in the launch fashion show for Alexa Chung’s fashion line.)

Joining the group of Kiwis was Jakob Landvik, an “Insta-famous” photographer based between London and Oslo. 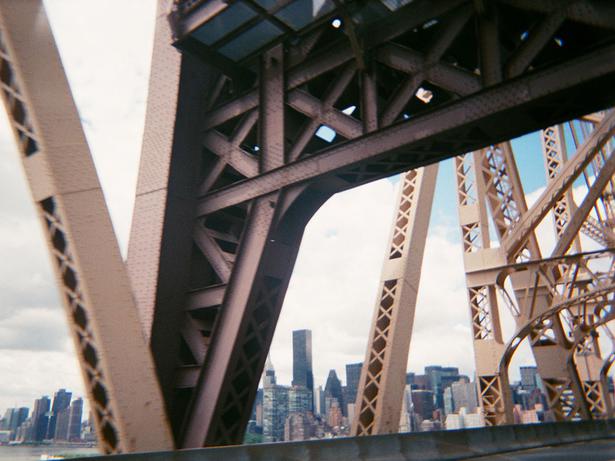 "Under the Manhattan Bridge."

The group of hip young things took over the streets of New York — and the iconic steps of the Metropolitan Museum of Arts — to shoot the new collection, with Jessica capturing behind-the-scenes memories on film with a trusty disposable camera.