When Helena Bonham Carter first became famous in the 1985 film A Room with a View, much was made of her ancestry. Herbert Asquith, Prime Minister during World War I, was her paternal great-grandfather. Her grandparents on her father's side, Maurice and Violet Bonham Carter, had both been prominent politicians.

The implication was that she was an exemplar of a particular type of Englishness and thus the perfect casting for a Merchant Ivory splurge, not to mention a future series like Netflix's The Crown, in which she is currently starring as Princess Margaret.

READ: The Crown Style Guide: A Closer Look At The Fashion Of Season Three

This typecasting, she now reveals, did not amuse her French-Spanish mother, Elena: "It's funny because I became quite well known at an early age, and my mum was always like, 'F***ing hell, it's always the Asquiths! Were you made by just one side?' Really, in a way, my mum's side was as, if not more, extraordinary."

In a new series called My Grandparents' War, Bonham Carter explores the history of this side of her family. Her maternal grandfather, Eduardo Propper de Callejon, first secretary of the Spanish Embassy in Paris, defied his government's orders and helped Jewish people escape the Holocaust as the Nazis invaded France by signing as many visas as he could. "I met the granddaughter of somebody whose life he saved," says Bonham Carter, 53. "That really brings it home. It makes it more tangible and you realise the extraordinariness of what he did." 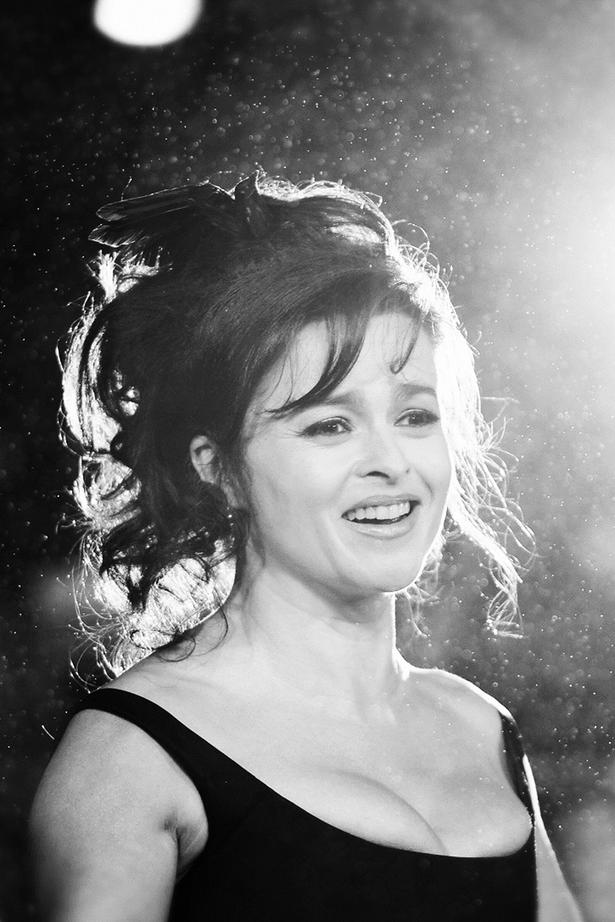 Her paternal grandmother, Violet, took her own stand against anti-Semitism, campaigning for Britain to let in more Jewish refugees. Violet was inspirational but the lives of Eduardo and his wife, Helene (or "Bubbles", as she was generally known), make for the more colourful viewing.

Holed up in the Chateau de Royaumont, in Ile-de-France (one of numerous homes owned by Bubbles's family), after the Germans invaded, Bonham Carter's grandparents and 5-year-old mother were eventually forced south, before returning to the chateau after the war. "It's really a bonkers family, my French side," she says. "There's that house in Royaumont and a mad Jewish/Austrian/French/Spanish mixture [of aunts, uncles and cousins]. Everybody all wrapped up in one house. They were all pretty neurotic."

A little bit "bonkers", in the most endearing sense, is how many people would describe Bonham Carter herself. When we speak she is lying on her bed at her London home. ("My mother spent most of her life in bed. It's my office: I've got my books, my diaries here. When in doubt, lie down. I think you get the maximum amount of oxygen going to your brain. Actually that’s total bulls***, but let's just throw it out there.")

At one point in the film, she says: "Ancestors are just a degree away and they can show you the next step." It’s hard not to think that many of Bonham Carter's steps — and performances — have been foreshadowed by her family. "When I played Enid Blyton [in a 2009 BBC biopic], certain characteristics of Great-Granny [Mitzi Springer, only daughter and heiress of an Austro-Hungarian industrial magnate] would pop out. In fact, my cousin David [Pryce-Jones, the writer] says: 'When you're angry, I can see Great-Granny.'" 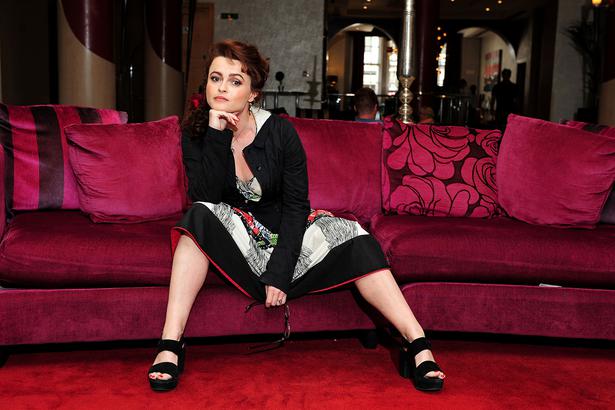 "I've always been misperceived but it's been quite comforting to be misperceived, actually." Photo / Supplied

It works both ways, she says — several of the characters she's played have seeped into her, too, "popping out" from time to time in her own behaviour, as she puts it. "Princess Margaret has seeped into me. I've just done a huge press tour. I was much firmer on boundaries and less tolerant of people's behaviour. I thought: 'Margaret'."

When fans would come up and ask for selfies, Bonham Carter found herself channelling her inner princess. "I've always been so amenable to people. But now I just say: 'No that's enough', to people who are wanting to take photos all the time. They don't want the photo, it's just because the selfie is massive currency. And then they're not that grateful and they ask for more. So now I go: 'No. Just one.' Very firm. Very PM."

On My Grandparents' War, however, Bonham Carter shows a gentler side, talking to her mother, now 85, and relatives with visible affection. She doesn't cry — that wouldn't be very PM — but she is undoubtedly moved.

"I've got a romantic idea that everyone should have a conversation with their grandparents. I think it should be part of the national curriculum — every child of a certain age should sit down and film their grandparents. It's your legacy but it's also your biggest lesson and they can carry on teaching us. I thought of setting up some kind of scholarship, because you realise that, in fact, a lot of what you’re made from is not entirely different." 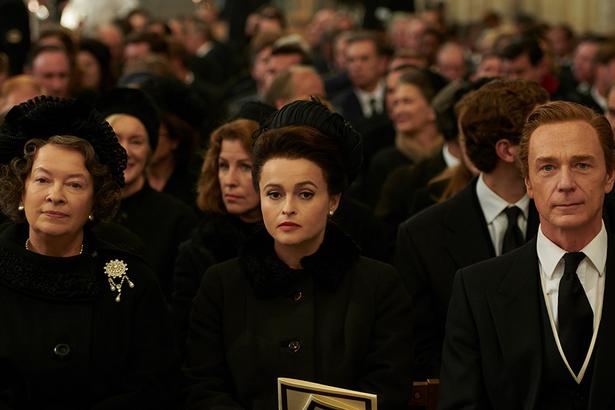 Several of the characters she's played have seeped into her, too, "popping out" from time to time in her own behaviour. Photo / Supplied

In My Grandparents' War, which will feature Mark Rylance, Carey Mulligan and Kristin Scott Thomas in future episodes, Bonham Carter reads a speech given by her grandmother, Violet, at the Albert Hall in 1938 as part of a National Demonstration against Religious and Racial Persecution, criticising the government for turning down thousands of applications from Jewish asylum-seekers. (Britain only relaxed its immigration policy after Kristallnacht in November of that year.)

"She was very aware of what had been happening since 1933 and she asked: 'Since when do we turn our back on immigrants? We're made of immigrants.' It’s so beautifully put and so prescient for now. It's amazingly apposite to what she said — there's always been xenophobia; always in fear people retreat and go back, find their tribes and start pointing their fingers at different people. You hear that and you think, 'We're just going round and round in circles'."

Lady Violet was a close friend of Winston Churchill's and, Bonham Carter says, an ardent European. The actress, too, is very proud of her European roots. "I've always been misperceived but it's been quite comforting to be misperceived, actually. My mother found it hilarious — she couldn't look or sound less English. Sometimes, the further away from the truth [your public image is], the more comforting it is, because you realise there's this public self and this private self — and it's better not to get them confused. But, no, I'm a total melting pot, a total European. I've always loved mongrels anyway, in dog form and human form."

She will shortly finish filming season four of The Crown and then the mantle of Princess Margaret will pass to someone else. After watching the story of her grandparents in France, another family epic does suggest itself ... "This would make a great sitcom or drama. When I visited the house in France, when I was little, I was aware of just how many characters we had in this family and how dramatic and how funny and bonkers they all were. It was straight out of a novel."

The source material is there: David Pryce-Jones' Fault Lines is a memoir telling the story of his time at Royaumont with Bonham Carter's grandparents and extended family. "David's book is so dramatic. It's so much part of me that I can't quite get an objective standpoint but there are so many stories," says Bonham Carter. "I'd have to approach [Crown writer] Peter Morgan. 'Morgan? I've got a whole other family story for you. Forget the fifth and sixth seasons [of The Crown]. You're coming with me, mate.'"