Illustrations from the annual All About Women Festival, which covers topics ranging from feminism in the Arab world, traditional Maori healing, and the problem with 'wokeness'. Illustrations / Supplied Ahead of International Women’s Day, Rebecca Barry Hill looks at how the conversation around feminism is evolving, and where you can go to join it in Auckland

When President Donald Trump gave his second State of the Union address last month, many of the Democratic women in Congress wore white, the colour of the women’s suffrage movement. Wearers Alexandria Ocasio Cortez and Ilhan Omar, along with Speaker of the House Nancy Pelosi, showed their opposition to Trump’s position on women’s reproductive rights, access to health care and equal pay, simply by dressing the same.

Women protesting Trump may not be news these days but acts of solidarity like these still pack a punch. It’s been a year since the transgressions of Harvey Weinstein et al inspired actresses to wear black on the Oscars red carpet, inspiring a surge of women worldwide to post their personal recognition of the MeToo movement on social media.

Since then the conversation around female empowerment, toxic masculinity and what feminism looks like today has been heating up. This Friday is International Women’s Day, and the associated platforms sparking discussion around women’s issues, have never seemed so prescient.

“I think things are changing,” says Dr Edwina Throsby, the organiser of the annual All About Women Festival, held at the Sydney Opera House on Sunday. The festival’s Talks and Ideas segment will be live-streamed to the Auckland Art Gallery (3-4.30pm), the Wallace Arts Centre (3-5pm) and the Oamaru Opera House (3.15-6pm), as well as audiences across Australia.

“MeToo is the most impactful social movement that I can remember in feminism in my lifetime,” says Edwina. “The fact that women all around the world are discovering, through speaking out, the depth of their shared experiences is really massive. It’s making it more okay to talk about problems and issues and things we all face but never spoke about. It’s astonishing the things we now feel comfortable talking about in public. It’s huge.”

All About Women is now in its seventh year, and it’s a big event, with 25 events and workshops across five theatres; topics range from women in political leadership roles to female tradies and Maori healing practices. One of the best things about the festival, says Edwina, is that it provides a physical space for women to congregate. With more than 10,000 people expected to attend this year, that not only creates a powerful sense of unity, it opens up opportunities to talk to people you might not otherwise not meet, and to discover you have something in common.

What exactly is "toxic masculinity"? #Patriarchy can damage men. Boys are often expected to conform to a culture that encourages violence, accepts domestic abuse and glorifies sexual dominance. So how are gender roles enforced, and how are sweet little boys socialised into men who harm? How is #masculinity constructed to mean power and dominance in Australia and the world? And if boys are not born angry and aggressive, how do we raise good sons? @clementine_ford will turn her razor sharp attention to masculinity in 'Man Up', part of #allaboutwomen on March 10. Alongside leading Australian commentators including @osher_gunsberg, she'll be talking male allies, action, and calling out sexism, all in the hope of moving beyond stereotypes in search of a greater humanity. #feminism #sydneyoperahouse

Part of the satellite event available to Kiwis is a panel called MeToo Year Two, a discussion that seeks to evolve the movement, and to create long-lasting cultural and political change. The panel includes Tina Tchen, the former Chief of Staff and Assistant to the Obamas, who now works to provide legal funds for low-paid women making sexual misconduct claims against their employers; Emily Steel, the New York Times journalist who reported on the sexual harassment investigations against Fox News’ Bill O’Reilly; and Sohaila Abdulali, an Indian author and gang-rape survivor known for speaking out against India’s entrenched culture of rape and sexual assault.

The festival will also feature a panel on feminists in the Arab world, young activists making a difference in their home countries. There’s a sense of comfort to be gained from knowing women in all corners of the globe are facing similar issues in different contexts, Edwina says.

READ: Why You Should Start Your Own Feminist Fight Club

“MeToo is going global. It’s not just white middle-class women in Hollywood having these experiences. It’s happening to every single one of us.”

There is still a way to go, with organisers noting Louis CK and Brett Kavanaugh, both accused of sexual misconduct, returning to comedy and being sworn in at the Supreme Court, respectively. Locally we need only look at the appalling lack of repercussions for the Roast Busters to concur.

On the other side of the coin, the concern that the feminist movement is marginalising men is also gaining traction. When controversial Canadian psychologist Jordan B Peterson spoke recently in Auckland, his lecture focused on the importance of self-responsibility, a message well-received by both sexes, but his presence caused a flurry, opening up the debate on the existence of "toxic feminism" and the patriarchy. Perhaps it’s not surprising that this year’s International Women’s Day theme is Balance for Better, promoting the need for a gender-balanced world. Male Aussie media personalities Osher Gunsberg and Vonne Patiag are part of the line-up speaking at Man Up, a panel addressing the concept of "toxic masculinity". 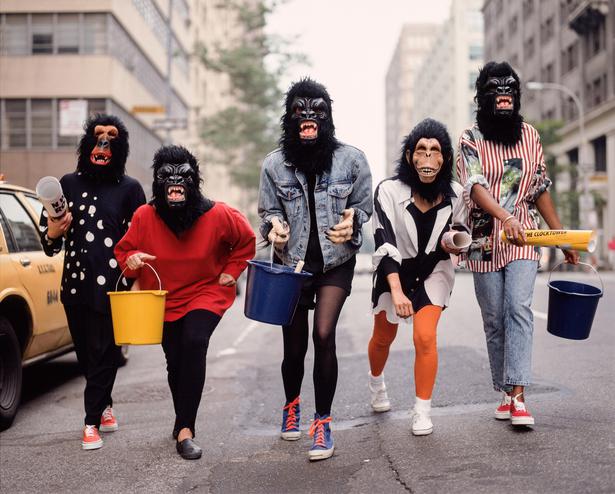 Edwina hopes the conversation will extend well beyond the weekend. It’s not easy tracking the impact of an event such as All About Women beyond mentions on social media and anecdotal feedback but she says it’s heartening to know that people do come back year after year and often book in groups, suggesting there are communities forming.

Meanwhile, one of the world’s most celebrated — and mysterious — feminist communities offers a platform of a different kind. Anyone keen to get a more visceral appreciation for how far we’ve come should check out Reinventing the F-Word — Feminism! a Guerrilla Girls exhibition at the Auckland Art Gallery, opening on International Women’s Day (until October). The art collective started in New York in the 80s and soon became famous for their witty yet critical poster art that challenges biases in the art industry and society. Over the years they’ve tackled female under-representation, lack of diversity and sexist norms — the way women are portrayed in music videos, for example.

"Do women have to be naked to get into the Met Museum?" ponders a gorilla-headed nude in a piece from 1989. Their work has had a powerful flow-on effect, prompting art institutions to reflect on their own statistics.

READ: Women In Viva: Words Of Wisdom From The Archives

Although the exhibition is sure to trigger conversations around the work itself, the layout is too. Visitors can enter the exhibition from either end of the group’s timeline but no matter which you leave on, curator Emma Jameson hopes visitors “get a sense of how their practice has evolved, and how these issues are ongoing. In some instances it’s evident not much progress has been made since [they started in] 1985". The contemplative space of an art gallery might not seem an obvious place to incite social change but it has the ability to confront issues in a potent way, Emma says.

“Firstly, any visual art . . . it’s there on paper for anyone to see. It really strikes at the emotional heart of so many political issues . . . The Guerrilla Girls’ strategy is to twist issues and facts around bold, provocative language that makes you question what you know about things.”

The gallery has also acquired the interactive work, I’m not a feminist but if I was, this is what I would complain about … featuring a blackboard on which visitors are invited to add whatever is riling them. Even the title of the exhibition invites debate about the significance of labels and terminology.

“It gets you thinking,” says Emma, “about what feminism means to you in the digital age.”

Fearless, resolute and outspoken, the American feminist, activist and writer Rebecca Walker talks to us about her mission to up...

Feminism is fashionable. That's the statement we are never supposed to utter within earshot of either feminists or fashion edit...