How To Celebrate 125 Years Of Suffragettes Around Auckland

From walking tours to exhibitions, here's how to celebrate this historic milestone JACINDA ARDEN AT AOTEA SQUARE
On this day in 1893, New Zealand became the first country to give women the right to vote in a general election.

This morning Aotea Square comes alive with a free event to celebrate this historic moment. Guest speaker Prime Minister Jacinda Ardern will address the crowd, and there are performances by Annie Crummer and New Zealand Poet Laureate Selina Tusitala Marsh, among other women leaders and musical guests.

The gathering is a chance to be part of history, marking 125 years since of women’s suffrage in Aotearoa. 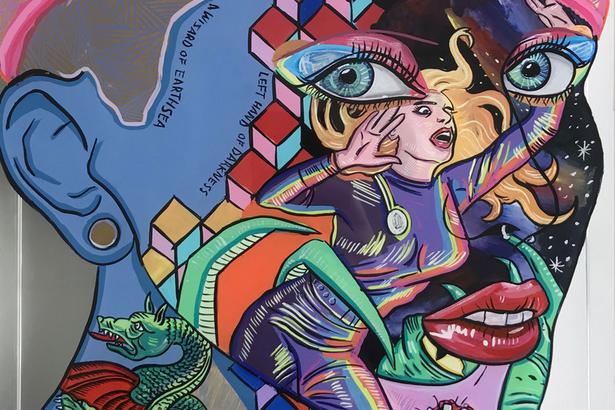 'FIGHT LIKE A GIRL' AT MELANIE ROGER GALLERY
Auckland-based artist Sam Mitchell is known for her saturated, graphic pieces that straddle multiple media. She uses found materials such as old library books and Perspex and canvas for both watercolour and acrylic paints.

Her latest exhibition, Fight Like A Girl, is showing now at Melanie Roger Gallery, and was created to commemorate the 125th anniversary of women’s suffrage in New Zealand.

This new series, created on both Perspex and canvas, depicts influential feminist figures such as African American science fiction writer Octavia Butler; classicist and women’s rights campaigner Mary Beard and Italian Baroque painter Artemisa Gentileschi, all of which are presented in her signature irreverent, impactful style.

• As part of Artweek Auckland, Sam will be holding an artist’s talk at 11am on October 6. Visit Melanie Roger Gallery, 444 Karangahape Rd

THE WOMEN OF KARANGAHAPE ROAD WALKING TOUR
The Auckland Heritage Festival will hold over 200 events throughout Auckland with this year’s theme — Ngā iwi o Tāmaki Makaurau — celebrating local heritage and the diverse communities that have shaped the city. Check out exhibitions, walks, talks, a vintage market day and tours including a particular highlight, The Women of Karangahape Road.

The free walking event will explore the significant influence that women had in creating the culture and identity of one of Auckland’s oldest streets, in celebration of the 125th anniversary of women’s suffrage. 'ARE WE THERE YET?' AT THE AUCKLAND MUSEUM
Are We There Yet? — Women and Equality in Aotearoa is an exhibition examining how far we’ve come in the 125 years since New Zealand became the first country to give women the vote.