Another big part of life online is dealing with a tsunami of haterade, which I have learnt how to confidently surf all the way to the sandy shores of ‘I don’t give a hoot’ bay.

There was a dude who messaged me years ago saying, ‘Kill yourself and die, you’re not funny.’ That was when I was first starting out, so obviously I took offence and told him to stop being mean.

A year later he messaged me, and then commented again and said, ‘Delete your page.’ He’s been commenting on my stuff for two years now. I’ve pretty much stopped replying to comments, but in his instance I couldn’t resist.

I commented back and said, ‘When will you give up?’ And suddenly he wrote back, ‘Sorry, that was my friend.’ That must be one really bored friend you have there, buddy.

It’s taken a lot of time to toughen up against the online bullies. I used to feel like I had to degrade myself whenever I saw a hurtful comment. Inside, I would agree with the nasty trolls and think, ‘Yeah, sorry, I’m not that funny.’ Looking back, I have no idea why I did that. Who even are these troll people? I have no idea, especially that kid that has been at it for at least two years of his precious life.

I went to fill up my car the other day, and this dude who has been really vocal about hating me online was the gas attendant. It was the weirdest IRL interaction of my life. He just slowly walked out and filled up my car for me like everything was totally normal. I have yet to come across someone who has actually told me to my face that I’m not funny.

In real life, I actually get along a lot better with people who don’t like my page. One guy that hated me heaps online is now a really good friend. I took him to the hospital the other day when he cut his finger. That’s just basic troll support right there. Can’t have a cut finger while you are typing out mad hate at 2am in Mum’s basement. Jokes. Love you, bro.

I actually think both girls and guys get equal amounts of weirdness from trolls online now. I’ve never felt like I got more creepy crap sent through for being female. Like, it’s 2015 — you get weirdness from dogs. I get a few old men saying gross stuff, but that’s nowhere near as bad as the naked pictures. I absolutely hate getting sent naked pictures. I don’t want to see any of that, no thank you, sir.

I’ve learnt the best thing to do with trolls is float above their sassy sludge. You shouldn’t be able to hear their nasty comments over the sound of applause, laughter and chocolates being showered down upon your awesomeness anyway. If you are getting negative comments online, just ignore it. It’s pretty obvious that if someone has to make others feel bad about themselves, they are a dickhead. Screw them.

At the same time, if something is really bothering you — tell people around you. I think it’s really important to talk about these things when they happen. Don’t let anything bottle up. One day your problems will all bubble over like a Mentos in Coke, and everything around you will get seriously sticky. I never told anyone how I felt when I was bullied and I really should have. Sharing is caring.

— This text was extracted with permission from They Let Me Write a Book by Jamie Curry, published by Harper Collins New Zealand, $24.99 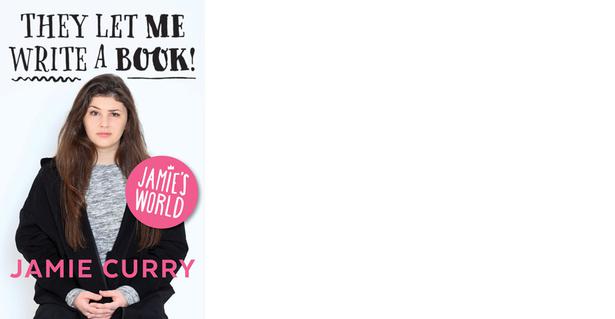