Gone are the days when an artwork consisted of oil paint and a pint-sized canvas. For Inga Fillary, rust and ash are better

Artist Inga Fillary has a thing for goop. And for rust and dirt, for mould and clay, for soot and ash, even blood.

The adventurous Elam fine arts graduate and doctorate student says these unusual and often overlooked materials are valuable tools in her art-making armoury.

“Paint is just one material available to me,” says the multi-disciplinarian artist from her home and studio in Te Atatū.

Inga started her Elam art studies in painting, but soon began experimenting with making her own rust residues to paint with — at other times she would add clay, dirt and marble dust to paint to layer on her surfaces.

Whereas some might be put off by her realm of study, Inga was intrigued. 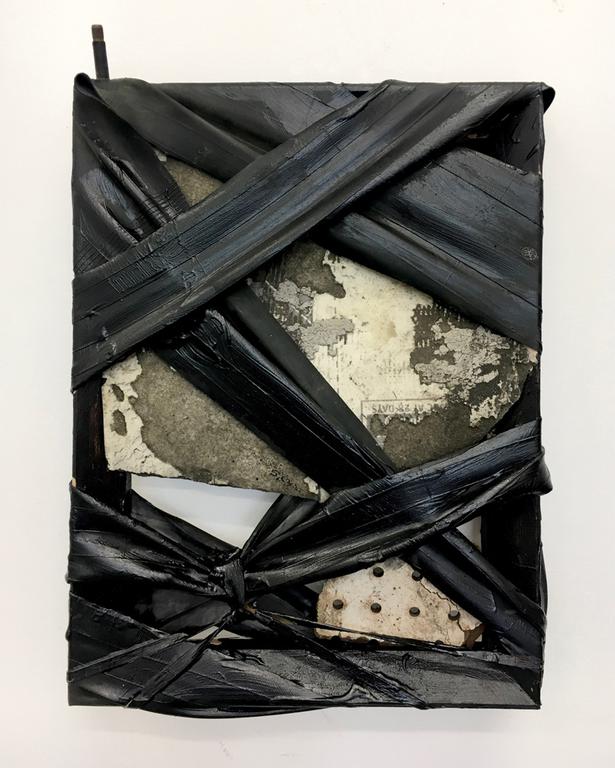 She studied the theories of writer Ben Woodard in his book, Slime Dynamics. “There’s this wonderful quote,” says Inga. It reads: “Humans, like any other polyp of living matter, are nothing but heaps of slime slapped together and shaped by the accidents of time and the contact of space. The fact that we have evolved self-consciousness should not guarantee or maintain meaning.”

Inga finds it strange that despite being human, we hold tight to the illusion of a separation from the gross and dirty materiality of human life.

“My work isn’t intended to shock, but I do like it to start a conversation. There’s this idea that there shouldn’t be any such thing as dirt — it’s just where it shouldn’t be — as in some dirt is good, the stuff we grow plants in, while the rest is, well, dirty,” she says, laughing.

READ: Lorde Poses 7 Questions To Some Of The Talented Young Artists On Her Radar

“We clean things all the time; it goes hand in hand with civilisation and it imposes order on the world.”

The opposite could be said of her studio garage, which looks like a bombsite — intentionally so. Down in the dark basement she has been working on a post-apocalyptic, decaying, burnt-out room, which has a haunting, curious beauty — it’s like peering into a half-destroyed time capsule; it leaves you wondering what might have happened here and if you study the detritus left behind, there might be some clues.

This work, titled What’s the Matter, is now installed in the Hastings City Art Gallery until the end of June, and invites the viewer to experience instability, and perhaps a little horror while examining the leftover, charred materials of flawed humanity. 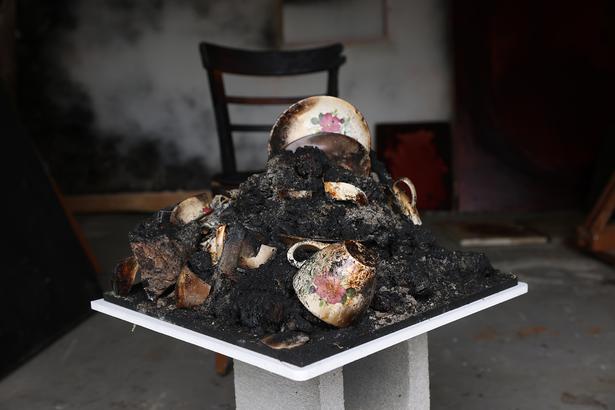 A segment of Inga’s charred work for her post-graduate show. Photo / Ginny Fisher

Certainly the pandemic had a part to play in the inspiration for the work. “Contagion and viruses knock humanity from its pedestal. Our sense of stability is eroded as we are forced to consider issues around the way we live and how we engage with our planet. Humanity has existed for only the blink of the cosmic eye. And so, this work represents a kind of revelry in this brevity,” she suggests.

Inga had to work out how to make the walls appear burnt, without actually burning down her own suburban house. Fortunately, her other occupation as a film-set dresser gave her plenty of experts to confer with.

“The burnt areas are combinations of burnt wallpaper, sawdust, binder, spray paint and ash I threw at the walls. I spent a lot of time at the dump shop and did a bit of skip-bin diving. I went around building sites and asked for all kinds of stuff. I have been labelled a hoarder once or twice, but I feel that each item has the potential to become part of a new work.”

Despite the pandemic being a source of inspiration, it also meant frustration.

“I certainly didn’t know how much it was going to impact on my art career,” Inga says. “It has created a massive dint, as show after show has been cancelled. But at the same time it’s also been strangely inspirational. We live in a time like no other, this is something we’re going to look back on and say, ‘Yeah, I was there, I experienced that’.”

In other works, recently on show at Mothermother, her gallery in Newton, the artist revels in finding detritus others have discarded. In the work Test Tube, 2020, for instance, Inga wrestled with an old tyre, twisting, turning and contorting it into an assemblage reminiscent of a Motherwell painting. 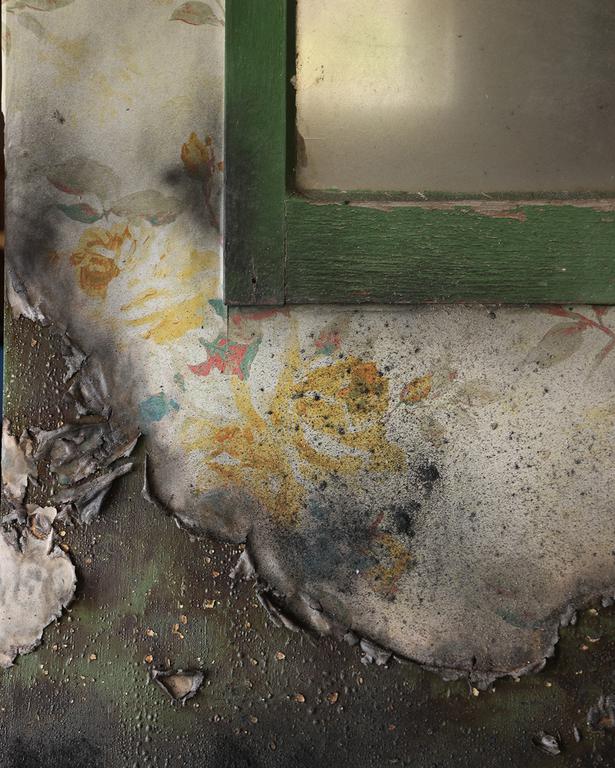 In another series, titled Petri, Inga experiments with giant petri dishes filled with agar to slather on the canvas.

Currently showing at Arthaus Contemporary in Ōrākei, Inga’s organic-looking work; Untitled, 2022, was made by transferring an agar concoction to a hand-stretched canvas primed with paint and soil. The agar forms natural cracks and colours as it dries; the artist seals it to preserve its colour and state.

“I love just letting the natural processes form a work, without much input from me.”

But it’s Inga’s thoughtful harnessing of these processes that lead to a display of subtle, natural beauty and leads the viewer to contemplate the power of nature and our place in it.

“I think the really exciting thing about an artwork is that it has the capacity to help us make sense of things that aren’t easily talked about in words; those slippery sensations we all feel, but can be so difficult to articulate.”

On Waiheke Island, the eco-passionate designer's piece mirrors the push and pull of the ocean

The ebullient artist is known for his vibrant quilt works, and for hosting much-loved sewing workshops to pass on his skills