At the very end of this slender, digestible collection of personal essays, Zadie Smith admits: “My physical and moral cowardice have never really been tested, until now.” It’s a sentiment that encapsulates the zeitgeist of 2020. Given that Smith tends to be elliptical about her own interiority, it’s a rare moment of unvarnished disclosure, one that recalls an introductory epigram to the book, a quotation from Grace Paley: “My vocabulary is adequate for writing notes and keeping journals but absolutely useless for an active moral life.”

In Intimations: Six Essays, Smith’s verbal brilliance and self-deprecating wit can seem like obstacles in her search for moral honesty. Smith is always a lucid essayist, but these feel like personal essays that attempt to avoid the personal. They hold our attention with their technical skill, without quite getting to the heart of their urgent subjects.

This 96-page collection, which she began at the onset of the pandemic and finished shortly after George Floyd’s killing, is quick-response art whose compressed form mimics the suddenness of a global health calamity that is as indefinite as it is existentially alarming. The form insists that Smith write quickly, even if a deeper inquiry into the nature of experience and people, including herself, might more fully emerge if she had allowed herself more time.

A contemplation of time during “the global humbling”, as Smith terms the pandemic, is the overarching theme that anchors the collection. A section called “Screengrabs” channels John Berger’s Ways of Seeing and features a vignette titled “A Hovering Young Man”. In it, Smith expresses sympathy for the tenuous future of young people living through the current crisis: “The infinite promise of American youth - a promise elaborately articulated by movies and advertisements and university prospectuses - has been an empty lie for so long that I notice my students joking about it with black-humor more appropriate to old men, to the veterans of wars.” 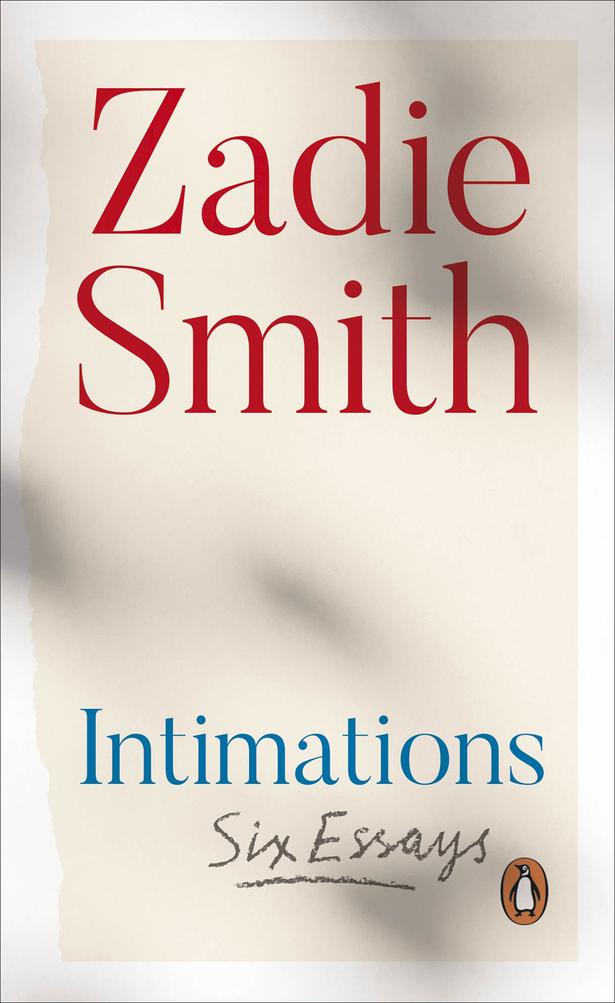 In “Something to Do”, Smith explicitly examines the artist’s relationship to time, and the nature and purpose of art during lockdown, comparing it to the work of front-line workers, “who do not need to seek out something to do”. She concludes that “it seems it would follow that writers - so familiar with empty time and with being alone - should manage this situation better than most. Instead, in the first week I found out how much of my old life was about hiding from life.”

In other vignettes from “Screengrabs”, Smith is in her element sketching portraits of people in her Manhattan neighbourhood, but seems frustratingly coy about testifying to her own emotional response in any detail. She is variously ambivalent, hasty and sometimes even sheepish, but these reactions, in the moment of an encounter, are no substitute for a fully fledged parsing of experience.

“Postscript: Contempt as a Virus”, most likely written in the immediate aftermath of George Floyd’s death, is an exception. Here, Smith’s prose feels less abstracted, her anger palpable on the page. For most of the essay, she writes in the omniscient voice, one step removed from a personal identification with the topic of systemic racism. Perhaps this is a deliberate writerly device, used so that she can examine her topic more forensically.

The summary of Smith’s feelings on the matter is contained in a paragraph: I used to think that there would one day be a vaccine: that if enough Black people named the virus, explained it, demonstrated how it operates, videoed its effects, protested it peacefully, revealed how widespread it really is, how the symptoms arise, how so many Americans keep giving it to each other, irresponsibly and shamefully, generation after generation, causing intolerable and unending damage both to individual bodies and to the body politic - I thought if that knowledge became as widespread as could possibly be managed or imagined we might finally reach some kind of herd immunity. I don’t think that anymore.

As powerful as it is, it feels more like a starting point than a conclusion: we are left to wonder what she, as a Black woman, thinks now. In a coda, Smith includes a list of names made up of her parents, siblings, friends, lovers, husband and abiding literary inspirations, with each name accompanied by a description of the debts Smith owes that individual. I didn’t know what to make of this seeming non sequitur until I remembered what Smith had written in “Something to Do”: “I write because... well, the best I can say for it is it’s a psychological quirk of mine developed in response to whatever personal failings I have. But it can’t ever meaningfully fill the time. There is no great difference between novels and banana bread. They are both just something to do. They are no substitute for love.” Acknowledging the debts she owes to people who she loves must be Smith’s way to counter that moral cowardice, to “not only make art but in some sense to live it”.