31 Great Things to Do in January

With summer in full swing, there are plenty of music, art, film and food events on across the country

1. Jackie
Despite having her life heavily publicised, this film gives a rare glimpse into the private struggles of iconic First Lady, Jacqueline Bouvier Kennedy. With Oscar buzz surrounding Natalie Portman’s portrayal, this is a must-see movie of 2017.
— In cinemas January 12.

2. Ladies that Lunch
If you’re headed to the ASB Classic, don’t miss Ladies That Lunch presented by Viva, with designers Kathryn Wilson and Juliette Hogan in attendance. Guests will enjoy a three-course degustation lunch designed by Nic Watt, as well as a bespoke Juliette Hogan gift. Before you head along, read our interviews with superstar players attending the tournament, Caroline Wozniacki and Venus Williams.
— ASB Tennis Arena, Parnell, January 6; ASB Classic, until January 14. Visit ticketek.co.nz

3. Anno Domini
Instead of spending your Sunday afternoon moping about Monday, party in style on the rooftop of the Auckland Art Gallery at Anno Domini. Mixologist Kate Rose shares some of her favourite cocktail recipes which will be on offer at the event.
— The East Terrace, Auckland Art Gallery, Auckland Central, January 8. Visit justtheticketnz.com

5. Summer Painting Workshop
Artist Sam Mitchell will guide beginner- to intermediate-level painters through “what to paint and how to paint it” on this three-day course that will get your creativity flowing.
— Whitecliffe College of Arts and Design, Balfour Rd, Parnell, January 17-19. Visit whitecliffe.ac.nz

6. Electric Coastline
Sibling duo Broods are headlining this summer concert series that will travel along the east coast of the Upper North Island, along with 2016 breakout stars Kings and Theia.
— Various venues across the country, January 3-5. Visit zmonline.com

8. Kai Auckland Gardening Workshops
If you’ve ever wanted to learn how to plant fruit trees, grow food in a small space or create upcycled garden creations, this set of workshops are for you.
— Aotea Square, Auckland Central, January 14-28. Visit aucklandlive.co.nz

11. Hidden Figures
Starring Taraji P. Henson, Janelle Monae and Octavia Spencer, this charming film explores the inspiring story of three female intellects working for Nasa - the mathematical brains behind the 1962 operation that made John Glenn the first American astronaut to orbit the earth.
— In cinemas January 26.

12. The Mockers
Returning for their first tour in 30 years, classic Kiwi band The Mockers will play eight reunion shows from Auckland to Otago, performing tracks such as Forever Tuesday Morning and Swear It’s True.
— Various venues across the country, January 19-29. Visit eventfinda.co.nz

13. Movies in Parks
Kicking off mid-January with the latest Ghostbusters film, Movies in Parks will give you a chance to make the most of the outdoors while watching your favourite flick.
— Various parks across Auckland, January 13-March 31. Visit moviesinparks.co.nz

15. Beast of a Feast
If you’re a fan of beer and meat, this is the day out for you: a one-day food festival that celebrates the resurgence of craft beer.
— Soper Reserve, Mt Maunganui, January 3. Visit littlebigevents.co.nz

16. The 74th Golden Globe Awards
The Golden Globes will be kicking off the 2017 award season in early January, with Jessica Chastain, Natalie Portman and Emma Stone all up for nominations.
— Vibe, Sky TV, January 9.

17. Volume Sunday Sessions
If you haven’t made it along to the Volume: Making Music in Aotearoa exhibition yet, time your visit with one of the museum’s Sunday gig sessions - first up in the series are performances from Gareth Thomas, Graeme James and Ciaran McMeeken.
— Auckland Museum, Parnell, January 29. Visit aucklandmuseum.com

18. Basement Jaxx
British house duo Basement Jaxx, famous for tunes such as Where’s Your Head At, will be bringing the bangers to the waterfront, with a DJ set at music event AKL17.
— AKL17, Mantells on the Water, Westhaven. January 21. Visit eventbrite.co.nz

21. Silo Park Precinct
There’s a full schedule of events at Silo Park every weekend during January, including a giant picnic, craft markets and screenings of flicks such as What We Do in the Shadows.
— Cnr of Jellicoe and Beaumont St, Wynyard Quarter, Auckland Central. Visit silopark.co.nz 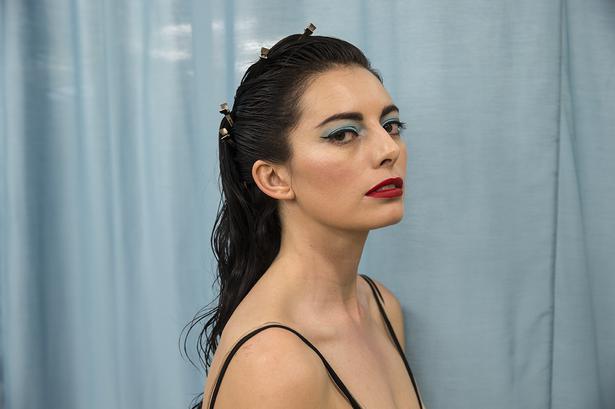 22.  PJ Harvey
English singer-songwriter and fashion icon PJ Harvey will be touring Australasia this year. Her latest album, The Hope Six Demolition Project, is set to make for a concert that shows off both her vocal and instrumental talents. Read how PJ Harvey has influenced fashion designer Kristine Crabb.
— Logan Campbell Centre, Epsom, January 24. Visit tickets.nztix.co.nz

23. Vintage Weekend
Aotea Square will become a vintage lover’s paradise with a weekend of market stalls, music, fashion and cars from decades gone by – there’s even a picnic contest for those wanting to show off their best summertime spread.
— Aotea Square, Auckland, January 13-15. Visit aucklandlive.com

24. Tan Dun
Composer and conductor Tan Dun will make his debut with the Auckland Philharmonia Orchestra in a self-titled show, for one night only.
— ASB Theatre, Aotea Centre, Auckland Central, January 31. Visit apo.co.nz

READ: Where to Stay: Black Barn

28. Creative Clay Explorations
Get your hands dirty and master a new medium with this summer course at Studio One Toi Tu. This three-and-a-half day workshop will offer participants a chance to freely explore a range of hand-building techniques.
— Studio One Toi Tu, 1 Ponsonby Rd, Ponsonby, January 12, 13, 14 and 20. Visit studioone.org.nz

31. Nelson Jazz Fest
If you fancy putting a swing in your step with a bit of jazz music, don’t miss the Nelson Jazz Fest, featuring a wide range of acts and venues across four days.
— Various locations across Nelson, January 3-6. Visit nelsonjazzfest.co.nz

Viva's Most Popular Stories of 2016

From energising walks to the Duchess of Cambridge's style, don't miss some of our most best-read and shared stories of the year

We spoke to Caroline Wozniacki, tennis star and World No 19, ahead of her appearance at the ASB Classic in Auckland

Summer Sandals for Every Occasion

Whether you're after black patent leather for a party or playful pom-poms for the weekend, we've rounded up the best summer san...