Back in 1979, Jarvis Cocker had a plan for world domination by his pop group Pulp. Quite literally.

As a nerdy, bespectacled pupil of the City School, Sheffield, he filled an exercise book with diagrams, album cover designs, song lyrics, fashion guides and manifestos, under the heading The Pulp Master Plan, written in blue biro and underlined twice with a ruler.

“The group shall work its way into the public eye by producing fairly conventional, yet slightly offbeat, pop songs. After gaining commercially successful status the group can then begin to subvert and restructure both the music business and music itself.”

He drew a meat cleaver bearing the words Pulp Inc, severing an arm labelled Major Record Co to free a tiny figure clutched in its fist, which a helpful arrow identifies as Repressed Artist.

“I’m touched by the sentiment,” notes an older Cocker, contemplating the yellowing pages. “Bravo the 15-year-old me. From the very start I didn’t see music purely as a form of entertainment — it could also be a way of changing the world.”

While Cocker may not have achieved quite the epochal success he once dreamed of, the notebook he refers to as “my Dead Sea Scrolls” does seem remarkably prescient.

READ: The Next Big Thing: 10 Local Artists You Need To Know About

After scoring an early success with a John Peel radio session in 1981, it took a lost decade of line-up changes, commercial and artistic disappointments, poverty, unemployment and life-threatening accidents, but eventually a version of Pulp rose to become one of the big bands of “Br*tp*p” (as Cocker himself asterisks the 1990s genre he evidently still feels conflicted about).

They broke through in 1994 with their fourth album, His ‘N’ Hers, before 1995‘s acerbic working-class anthem Common People established their frontman’s reputation as one of the sharpest pop observers of British life.

Although Pulp haven’t released an album since 2001, Cocker has enjoyed an offbeat solo career, with a sideline as a genial and erudite broadcaster with BBC radio.

Now, at 58, he might just have invented a whole new style of celebrity memoir. Good Pop, Bad Pop has the subtitle “An Inventory”, which is a polite way of describing a glorified attic clearance.

Cocker confesses to being an inveterate hoarder of tat and ephemera, compulsively squirrelling away all kinds of apparently random objects in black bin bags.

What Cocker has struck upon is the notion that a pile of rubbish that would be meaningless to anyone else actually forms “a pretty accurate representation of the contents of my brain”. “No, don’t laugh,” he writes, in an intimate, chatty style that you can immediately hear in his soft Sheffield tones. “Think of these objects as not just the accumulated debris of a lifetime but as thoughts & memories.”

Ruminating on the surprising significance of a beer-can ring pull (which turns out to be a keeper) or the formative influence that was the Sexy Laughs Fantastic Dirty Joke Book he once found on the back seat of a bus, Cocker delivers an autobiography in disguise, flipping backwards and forwards through his life with witty and often genuinely profound digressions on 1960s science fiction, 1970s British television, 1980s indie poster design, jumble sales, high street nightclubs and how his life was transformed by “the Disco button!” on a cheap second-hand 1982 Yamaha Portasound PS-400 keyboard.

“It’s almost like having a band at your fingertips. With the added bonus that they don’t complain if you ask them to play the same riff for 10 minutes.”

For Cocker, “Good Pop” is what injects art, imagination and emotion into the mainstream of life, whereas “Bad Pop” uses “the same tropes & techniques in order to manipulate the public’s behaviour”.

READ: Inside 'Harry's House', A Delicious Party Record From A Big Romantic

In a rare moment of proselytising inspired by a cardboard facsimile of Margaret Thatcher’s handbag (not a keeper), he decries how politicians increasingly use “the tools and gimmicks of Pop to get their message across ... a Pop that now stands for Populism rather than Popular.”

Pulp — which his schoolbooks reveal was the name he chose for his band before he even had a band — is a word Cocker considers synonymous with Good Pop.

And this, his first venture into publishing, is really the best kind of pulp: sharply and wittily designed, deftly incorporating pictures, graphics and typography into the text, it is accessible, pithy, lurid, entertaining, even laugh-out-loud funny, its insights delivered with the lightest of touches.

It ends with Cocker, aged 25, heading off to Saint Martins College, before he has caught the eye of a Greek textile magnate’s daughter and written the song that propelled him to the status of national treasure.

While there are plenty of intriguing glimpses of his subsequent Br*tp*p life, we can only hope that Cocker has enough tat left for a second volume. 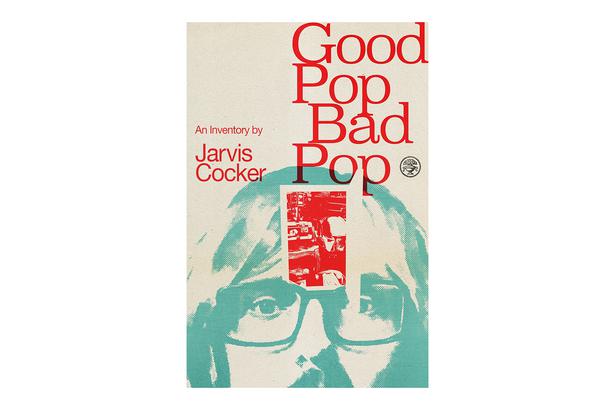 They’re at the very top of their game and working behind the scenes for positive change in the industry they love. They share t...