The restaurant reviewer assesses a different kind of thing with bite

I couldn’t review a restaurant for you this week because I was in isolation (not the scary isolation, where you spent four hours in the car with somebody who later tested positive, but the dull isolation, where you have something that could almost be a scratchy throat and feel obligated to get a test because you don’t want to ignore it and accidentally hospitalise the old guy at work).

And I just can’t get excited about reviewing takeaway food so I looked hard for something else to write about for you and landed on Euphoria, a television show I would normally avoid at all costs but which is suddenly such a cultural touchstone that it’s become the sort of thing I now feel I should at least try once, like eating huhu grubs or mouth-kissing a man.

I wanted to approach it with an open mind, even though I’m a father of four children and quite conservative by modern parenting standards. We are openly mocked by our friends for the rules we set for our kids: “oh my God” and “shut up” are treated as swear words, screen time is virtually zero and the treat our children ask for on weekends is a glass of room temperature water with a splash of apple cider vinegar.

All I knew about Euphoria was that it’s a show about teenagers taking drugs, having risky sex and, worst of all, using strong language. It’s fair to say that I might not be the target audience, though other normal adults seem to like it, I guess in the same way you can watch Breaking Bad without necessarily approving of the campervan-based methamphetamine empire featured. Like I said, I had an open mind — I mean I loved Beverly Hills 90210, and that show used to get spicy from time to time too.

Euphoria is narrated by a drug-addicted teenager called Rue, and we begin with her in the birth canal, being pushed into a world not of her creation. It’s 2001 and her parents nurse Rue while watching the planes repeatedly crash into the twin towers on cable news, a scene which sets up a theme we’ll return to later — what chance does a kid have in a world that is so messed up? 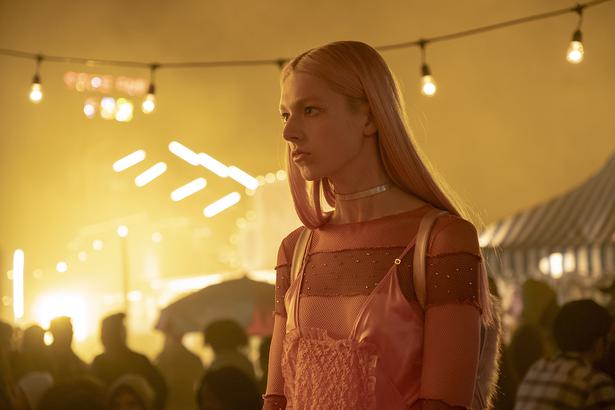 So although Rue isn’t always what you’d call a sympathetic character, you sort of understand how she got to be stealing Xanax from her mom’s bathroom cabinet 18 years later — diagnosed early with a bunch of disorders and prescribed a palmful of pills each day, she grows up feeling numb (“the world moved fast, and my brain moved slow”), seeking mostly pharmaceutical solutions to escape momentarily from reality (“suddenly the world went quiet and I felt safe in my head”).

Meanwhile, new girl Jules is having a bad day. If she thought being run off the road by a hot jerk was bad, she’ll end up wishing she’d stayed lying there next to her bike, after a horrific sexual encounter with a creepy older man in a motel and then a humiliating/empowering moment with that hot jerk at a house party.

Elsewhere, a lot of different people are having sex with each other, though not all of them are enjoying it. The boys who aren’t hooking up are looking at leaked photos of their classmates (“unless you’re Amish, nudes are the currency of love”), everybody is drinking, snorting drugs and, worst of all, vaping, while the parents are at home dealing with their own problems.

READ: Everything You Need To Recreate Euphoria's Mood-Boosting Makeup Looks

Almost everyone on the show is miserable, and all are alone. Jules and Rue have met and bonded by the end of the episode, and after watching 60 minutes of sweaty flesh and white powder I was desperate for them to just provide each other the friendship they so desperately needed.

Well, there is a bit of that, but given that we leave them barely clothed in bed, with Rue keen to get high, I don’t imagine they’re about to form a book club.

I can see why people watch it — television is about treating your eyes, ears and brain and all three organs are constantly saturated while Euphoria is on — though after one episode, it’s unclear how the show is nourishing the viewer’s heart and soul. 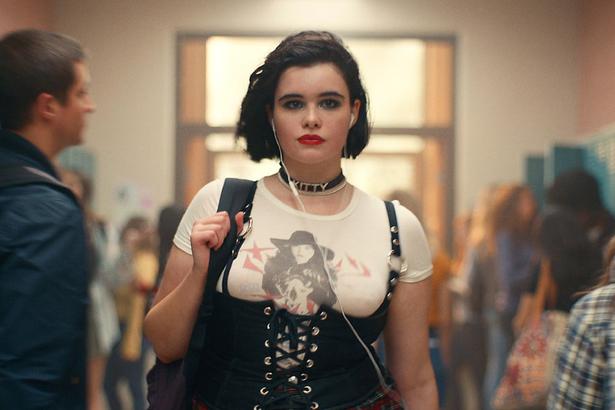 God help us if high school is anything like this but, even if it’s not, we can probably still learn something from and occasionally empathise with the world Euphoria creates.

Maybe peer pressure doesn’t look like two beautiful twins vaping synchronously in front of an aquarium while an older friend tells a shy girl to take her top off, but our children will all have moments when they’re tempted to do something that doesn’t feel right to impress other people in the room.

But I’m going to need some more moments of optimism in future episodes, or it will really start to feel like just watching horrible things happen to beautiful people.

To be honest, I’m not sure if I’ll persevere anyway. I started Game of Thrones last night and that’s already looking more my sort of thing — Ned Stark is an appealing hero, and I can’t wait to see how his character develops over eight exciting seasons.