An old sign at the Neon Museum. Picture / Jessica Beresford.

‘‘Who are these people, these faces? Where do they come from? They look like caricatures of used car dealers from Dallas, and sweet Jesus there are a hell of a lot of them at 4.30 on a Sunday morning. Still humping the American Dream. That vision of the big winner, somehow emerging from the last minute pre-dawn chaos of a stale Vegas casino.”

Las Vegas and the people who frequent it, as described by the drug-compromised Raoul Duke in Fear and Loathing in Las Vegas, have been slapped with fairly salacious reputations over the years, reaffirmed with most tributes to the city: a place of memory loss and wrecked hotel rooms in The Hangover; a city of heists and high-rollers in Ocean’s Eleven; glossy lips and topless dancers in Showgirls; and somewhere to accidentally elope in Friends.

Standing 38 floors high on a balcony of the Cosmopolitan of Las Vegas, studying the various intricacies of the iconic Strip, it’s obvious how this city of rhinestone grandeur has earned and kept that notoriety. Why wouldn’t you want to become an alien in a place that is so out of this world? The lights are brighter, the fountains shoot higher, the meals are bigger, the drinks flow freely and the wallets are so plump they can’t contain themselves.

But the Nevada city is desperately seeking to get rid of that reputation, and to be fair, there is a lot more to it than booze and making the hard choice between black or red.

“For a long time Vegas was known for its 99c shrimp cocktails and all-you-can-eat buffets, and now there’s some of the best restaurants in the world here,” says MGM Resorts International’s David Gonzalez, emphasising that the city has reinvented itself not just in culinary terms.

We’re having dinner at Fleur by Herbert Keller, and no, there isn’t a saucy shrimp in sight; instead we’re devouring beef tartare tacos, grilled octopus served on Hawaiian palm hearts and braised angus short rib on pomme puree with a red wine jus. The restaurant also offers the Fleur Burger 5000, which boasts wagyu beef, foie gras and truffle, served with fries and a bottle of 1995 Chateau Petrus for the reasonable price of (you guessed it) US$5000. 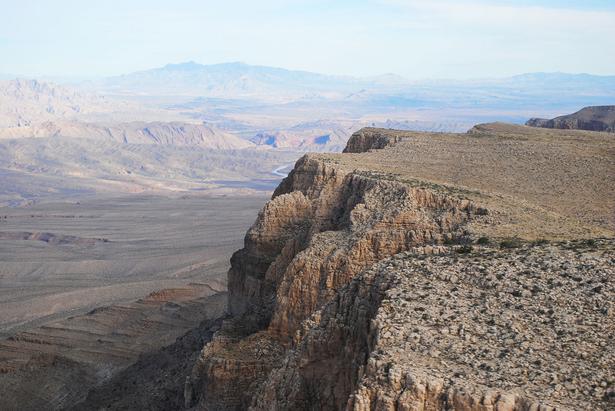 Indeed, the resorts do house some of the best restaurants in the world, and if you can get past the fact that most meals come with a compulsory side of pokies and second-hand smoke, you’re in for some incredibly good food.

Some of the more considered restaraurants don’t require entry through the games room, including Rivea, which is perched high in the 43-floor Delano resort, with expansive views out past the suburbs to the mountains, and offers some of the most interesting food in the area — think simple provencal caponata or artisanal linguine served with lashings of grated truffle.

If we’re on the subject of world-class, it would be rude not to mention the extravagant shows that truly define the destination as an entertainment capital. There are the rotating residencies from some of the music industry’s best, like Jennifer Lopez, Elton John and Celine Dion, who has been performing at Caesars Palace on and off for 13 years, and is said to helicopter in for each show to the Colosseum-full of doting fans, who hang off her every inspirational quote.

Then there are the extraordinary stage shows — Michael Jackson ONE by Cirque du Soleil, Blue Man Group or Jersey Boys, which are so epic in sound, lights, costume and talent, they’re like an assault on the senses.

But although the area offers plenty of indoor entertainment, there’s little emphasis on utilising outdoor space or natural light, which, for one of the sunnier parts of the world, seems like a serious oversight. 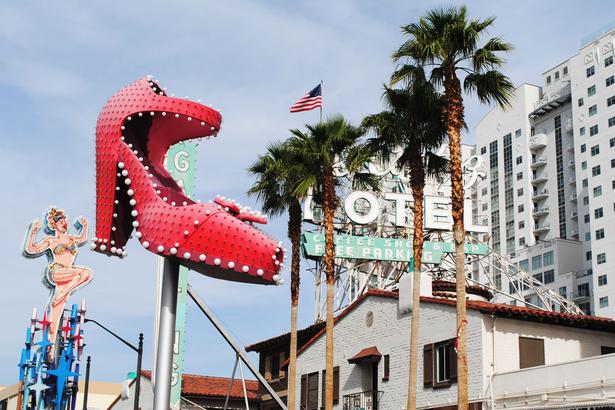 One can easily walk from air-conditioned resort to restaurant to shopping mall, without seeing even a crack of sunlight, which no amount of faux gold leaf nor ceilings replicating dusk in Rome can make up for. This problem has been acknowledged, however, and the power players of the Strip are slowly trying to incorporate more natural environments among the artificial sights.

“A lot of the properties are opening up to give people an outdoor experience, rather than trying to keep them in to spend money,” says Cindy Wild, who’s the director of construction development for the new T Mobile Arena. The project also encompasses The Park, an open-air public space with shady trees and shrubs, impressive sculptures — including a 12 metre-tall dancing woman which debuted at Burning Man — and outdoor eating areas. Although, as you’d probably expect from the Strip, this oasis is entirely paved.

But if fresh air — the kind that isn’t surrounded by concrete — isn’t readily available in the city, find solace in the rugged landscapes of the Grand Canyon, a mere hour’s helicopter ride from Las Vegas and one of the biggest drawcards for making a stop in the big smoke.

Flying out over the sprawling neighbourhoods, past the Hoover Dam and following the steep precipices down into the mighty canyon is an experience to boast about, and offers respite from the bright lights and scanty waitress uniforms. You can even enjoy a Champagne breakfast with menacing cacti and redwall limestone as your backdrop, if you please.

During the chopper ride back, a pre-recorded message playing through the headsets says something along the lines of: “You don’t need to visit Europe when you can see Paris, Rome and Venice all here in Las Vegas.”

I don’t know if anyone believes seeing a not-to-scale replica of the Eiffel Tower is equivalent to visiting the delightful French city, but it highlights a curious aspect of Vegas — that it has taken notable parts of every other city — pyramids from Egypt, the Statue of Liberty from New York — and used them as an attraction of its own. So what does something uniquely Las Vegas look like? Downtown is an area that used to flourish before the boom of the Strip in the 60s, but now stands as a kind of ghost town and feels more like the Vegas Donna Tartt describes in The Goldfinch: a place of lonely isolation, detached from the busyness of the main drag.

But the area is seeing glory once again, with millions of dollars being pumped into reinvigorating it and creating attractions — there’s the Neon Museum, full of retired signs, each offering curious insight into the history of the area, the Mob Museum, which looks at past organised crime and law enforcement in Vegas, the thriving Arts District, the family-friendly Container Park, vintage shops and eateries full of authentically good food. This is where the locals themselves hang out, where the artifice is stripped back to reveal the bones of the city, and where real culture thrives.

But that’s not to say the Strip and all that’s associated with it isn’t authentically Las Vegas, or that you can’t still replicate the experiences depicted in The Hangover, if you so desire. There’s just now more to be served alongside it, like a mouthful of wholesome greens chased with a handful of greasy fries.

• Jessica Beresford was a guest of the Las Vegas Convention and Visitors Authority.

Getting there: Air New Zealand offers direct flights from Auckland to Los Angeles, where you can either connect through to Las Vegas with Virgin America or get more of a feel for the area and drive, which takes just over four hours.
Staying there: The Cosmopolitan of Las Vegas (cosmopolitanlasvegas.com) and Nobu Hotel in Caesars Palace (caesars.com/nobu-caesars-palace) are in the heart of the Strip, or relax further out at the luxurious Delano Las Vegas (delanolasvegas.com)
What to do: For more sights to visit, events to book or great places to eat, visit lasvegas.com/au