While her best-selling nonfiction debut took a close look at female (hetero) sexuality refracted through three women, Animal, the novel that followed, in 2021, felt comparatively angry and foaming, an unnerving and polarising revenge tale that felt as if its pages could take a chunk out of your leg. Critics responded with similar ferocity, describing Animal as abrasive, bleak and unsparing.

Her new short story collection, Ghost Lover, is also a sort of flick knife, a book hedged on dissection. Consisting of nine stories, its characters are often obsessed with the attention and approval of men; they are women who want to be wanted, and to be seen by other women — their friends, their daughters. They preen, fawning over their weight, their age, their bodies compared to other, often aggressively disciplined, bodies. (“BE NICE TO YOU, said signs outside Sabon on the way to Organic Avenue. But the problem, Joan knew, was that if you be nice to you, you get fat.”)

In the collection’s title story, a dating service called Ghost Lover allows clients to forward text messages from their crush, where experts will respond on their behalf (“a way for girls, mainly, to be the coolest versions of themselves”). Ari, its founder, is propelled by her history with her ex, who is marrying someone 10 years younger, continually hiring women she imagines him wanting. In American Girl, there’s a keen, sad command of irony. (“There were no problems. He said, I love you with every piece of me. Nothing he said was ever specific or realistic. She wanted him more than he wanted her. But there were no other problems.”)

Taddeo has established herself as an anthropologist of desire beyond lust: she knows and understands the beautiful and the ugly in the admixture of getting — and not getting — what one wants. And that finding fault in others, a kind of poison candy frequently associated with early adolescence, has found its place in our contemporary system of self-worth and gratification.

“We live in a very emotionally capitalistic society,” says Lisa, over Zoom from her home in Connecticut, “and a lot of what I think and write about is the notion that if women didn’t judge each other as much as they did, as much as we do, that we would be in a much better place.

“I think that we’ve kind of, with the #MeToo movement, finally started telling men what we don’t want to hear from them, but I think we have not yet begun to tell other women how they should and shouldn’t talk to one another.”

Ghost Lover’s look-at-this culture skewering makes for a reading experience that, if not always pleasurable, is difficult to look away from. The Taddeon spirit, often positioned as a voice for female interiority, is animated by relatable stories as much as it is by trauma and tragedy. In her frame you are ordinary, in so far as you are reassuringly complicated.

“There’s a lot of satire to the seeing of ourselves,” she explains. “For me, with everything I write, the idea behind it is, ‘these are all the very harsh and terrible things that the world can say and that you can think about yourself, and it’s okay if you have been the subject or if you have made yourself the subject of these things’.

“The idea is normalising some of the more self-destructive feelings that we can have. Some of the drawbacks of the toxic positivity movement is that it can leave people who are deeply depressed feeling left out, and I think that I write for the deeply depressed, first and foremost.”

Lisa works, at least partially, in the dark: she writes down a title, then word by infinitely possible word. “I’ll have the subject matter and it’ll be something that I’m comfortable with and feel knowledgeable about, but I won’t want to feel knowledgeable about how it’s going to end.” It’s about getting something out of her that she feels needs to be out, so she can move onto the next thing.

For the people reading her stories, having one’s more venomous thoughts heard is one kind of power, being free from them is another. 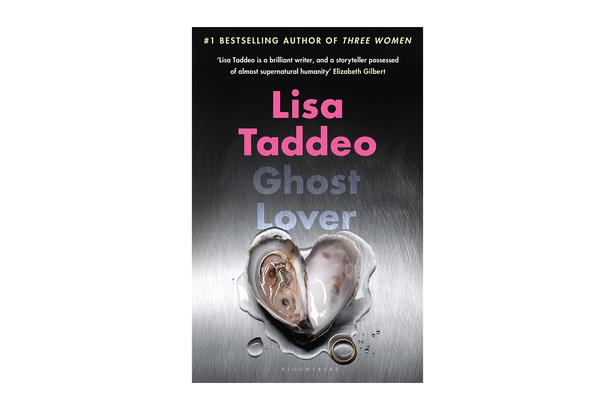 Ghost Lover by Lisa Taddeo (Bloomsbury, $35) is out now.