Live Like A Local: Magazine Editor James Oliver In Tokyo

The New Order founder and editor James, who has called Tokyo home for 11 years, shares his top tips for this buzzing city “I don’t think I ever have a day that is the same as another,” says James Oliver of his job editing fashion and culture magazine The New Order. “I could be up at 3am heading to a shoot, I could be sat in my office writing all day until the last train at midnight, I could be in meetings, I could be climbing a mountain looking for locations, every day is different.” Or, in today’s case he could be hanging out at a local laundromat with his family in tow, working the other side of the camera for Viva’s photo shoot.

We’re at Daikokuyu, an outdoor laundry and sento a short walk from James’ home in Shibuya’s Yoyogi Uehara where he lives with wife Mari Kishi and children Ryder, 5, and Coco, 3. It’s full of retro charm thanks to haphazard rows of washing machines, signed boxing paraphernalia, vending machines and the heavy scent of jasmine. It’s the ideal backdrop to capture a slice of James and Mari’s creative life.

This year marks the 10th anniversary of The New Order, which James describes as a passion project. Offshoot magazine Her was launched in 2015 to cater to women readers and is edited by Mari. Both titles are heavy bi-annual tomes that showcase the talents of local stylists, photographers and designers, with the content a reflection of James and Mari’s interests and influences. “I’m not interested in hype,” says James. “Many of the labels, people and things I feature are what I like, whether they’re famous or almost unheard of. This is the fun part about doing everything myself. It’s also very challenging because the magazine isn’t commercial at all.”

Starting The New Order was a gamble, says James, who had previously been working on online magazine SlamxHype but “wanted to do something more creative and tangible”. He took a punt in 2009 without financial backing, sourcing initial advertising himself to fund the printing. “I was always into magazines when I was younger,” says James, who grew up in South Auckland but moved to Japan 11 years ago.

READ: Where To Shop In Tokyo: 12 Of The Best Places To Buy Clothes

Back then he mainly read football magazines — James played soccer professionally in New Zealand — but he also cites fashion magazines The Face and i-D as inspiration, as well as Japanese magazines Huge and Boom. As for his own magazine, he commends his talented contributors “who make both magazines come to life. Without each and every one of them, the magazines wouldn’t exist.” 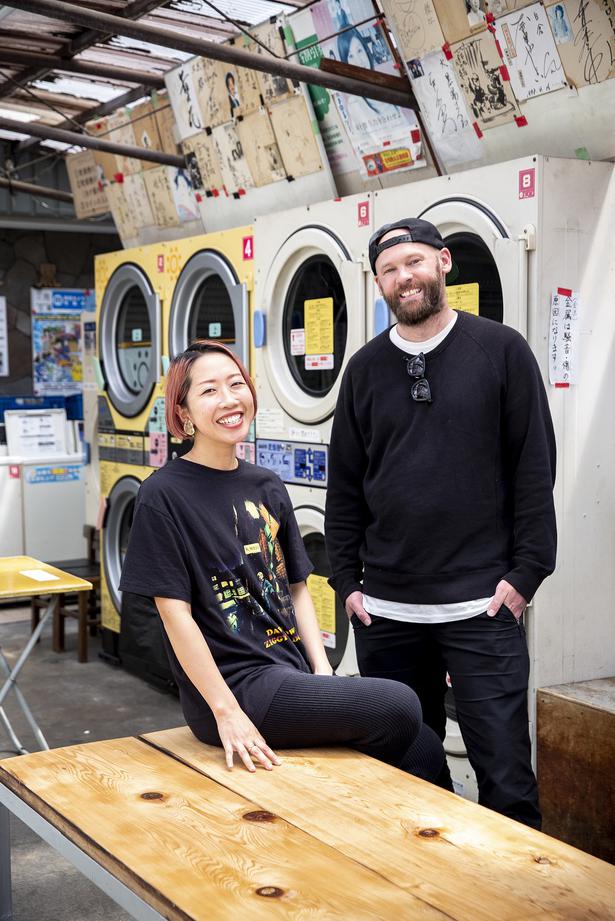 I first moved to Tokyo… wanting a change. I turned 25 and felt I needed to get out of New Zealand. What was initially a year is now 11 years and I’m settled down with my family. Tokyo is really stimulating and is a great place to be based for what I do.

Initially I lived… about an hour out in an area called Chigasaki. It is a beach area and has a really local feel so had a touch of home there. For the past six years I have lived in Shibuya. I wanted to be as close as possible to Shibuya and Shinjuku without being too close to the mayhem. It’s quiet here and at the same time really accessible, I can walk to Shibuya in about 20 minutes. We are close to Yoyogi Park, which is great when you have young children.

A typical weekend is… visiting the park with my kids and playing football. I like to cook so make a nice breakfast on Sunday mornings. My son really likes bowling so we’ve been doing that a lot recently. Or I’ll catch up for a pint with my friends.

Something to look out for in Tokyo is… the young bands coming out at the moment like Odottebakarinokuni, Jan and Naomi, Tendouji, Odd Eyes, The Hatch and Sakai Shonen.

My favourite area of the city is… Chigasaki. It’s a nice place to get away from everything. It’s always great when I can get some friends together and go to the beach.

The best shopping is… Koenji, Shimokitazawa or Machida. There are some good vintage stores in these areas.

MY TOP 9 IN TOKYO
1. Velvet, a vintage store in Shimokitazawa.

7. Yamato is a great soba restaurant in Yoyogi Uehara.

8. Are You Hungry, a vintage store in Yoyogi Uehara.

• The Viva team flew to Tokyo exclusively with Cathay Pacific.