Bonafide global superstar and style icon Lizzo talks about taking us to church with her liberating medley of sex-positive, power pop-rap, rock, hip-hop and soul — the perfect elixir for trying times

As with most fraught moments in history, good music can often provide a salve for the pain and volatility of the time. Take Bob Dylan’s 1963 civil rights anthem Blowin’ In The Wind or Bob Geldof’s medley of popstars singing Feed The World for Band Aid in 1984.

It’s with this in mind she’s released a new proposition of music to free our bodies and minds from the doldrums of modern-day despair, a bright bouquet of power anthems with her fourth studio album entitled Special, which is already #1 on the US iTunes album chart.

She’s become a pop-culture icon in the space of a few years, her music teetering between politics and pop, the former purely by nature of who she is as an intersectional pop cultural figure — an LGBTQ+ ally, a role model for progressing body inclusivity, an influential Black woman living in America.

“I think that’s why music is such an incredibly powerful thing, because it’s so useful,” says the 34-year-old musician, Zoom-ing in from her home studio in LA, her recognisable face framed by her signature baby hairs. She’s representing her all-inclusive line of shapewear Yitty, launched in April in partnership with LA-based activewear company Fabletics, wearing a fluorescent yellow top and a diamond Yitty necklace.

“Y’all need that Yitty in New Zealand. Yitty is quite literally physically supporting me and the girls on this press run,” she says as she cups her breasts and laughs.

Despite the endless rounds of promo for the album, including this interview, she’s immediately personable and present — a characteristic best summed up by her long-time collaborator Sophia Eris in Lizzo’s US Vogue September 2020 cover story: “People feel like they’re best friends with her.”

LA and Palm Springs are home for now for the Detroit-born singer by way of time spent living in Houston and Minneapolis. Behind her, a wooden bookcase laden with books, records and gleaming Grammy Awards are on display as she shares openly about how this new body of work — as she explained earlier this year on Zane Lowe’s Apple Music show — “can hopefully turn some of the fear that’s been running rampant in this world into love”.

“I wanted to make an incredibly useful album so that people had the choice to do whatever they wanted with it. I don’t think it’s up to me to decide what the world does with my album, but it is up to me to make sure that it’s ready for the world.” She’s already dropped two introductory singles in the lead-up to Special — About Damn Time and Grrrls — the former track a joyous funk-pop record that debuted on the official New Zealand Top 40 Singles chart in May, and has remained there for five weeks with its highest position at #3.

It’s also struck gold with another contentious barometer of success — its own viral Tiktok dance challenge instigated by 22-year-old dancer Jaeden Gomez, and executed by Lizzo herself, explaining in her accompanying video caption “love this dance tbh”.

Two days before our interview, she was centre stage at the BET Awards celebrating Black excellence, performing About Damn Time resplendent in a gold embellished top and matching flared trousers, descending from a flight of stairs onto a stage reminiscent of the Solid Gold dance floor.

The single’s disco inflections and feel-good lyrics of declaration, “I’ve been so down and under pressure; I’m way too fine to be this stressed!” has, like many of Lizzo’s songs, unsurprisingly resonated with people looking for motivation to keep going right now, particularly “Lizzbians” — her diverse fan base that includes a stronghold LGBTQ+ community, unwavering in their adoration.

With a catchy chorus that samples a piano motif interpolated from the 1984’s track Hey DJ by The World’s Famous Supreme Team and an accompanying music video that sees her attending a “stressed and sexy” support group wearing a grey tracksuit before morphing into a sapphire sequin jumpsuit-clad diva, the song is the perfect introduction for the album’s overall mood of positivity.

Its timeliness is also indicative of the direction of pop today with major top 40 artists such as Beyonce and Drake also embracing a dance-your-troubles-away mentality with recent releases inspired by dance, house and disco.

“There are other really incredible samples and musical references on the album,” says Lizzo. “There’s Lauryn Hill on the track Break Up Twice and Coldplay on the track Coldplay. Everybody’s Gay and About Damn Time both tap into disco and feel-good music. There are incredible pop records on the album too, like 2 Be Loved (Am I Ready), The Sign and Grrrls, which has a Beastie Boys sample.”

In fact Grrrls, the trap-inspired second single from Special, courted its own controversy soon after its release in May, as people called Lizzo out for using the harmful abelist slur “spaz”.

Dealing with the backlash swiftly, Lizzo took to Instagram to apologise publicly to her 12.7 million followers and consequently changed the lyrics.

“As a fat Black woman in America, I’ve had many hateful words used against me, so I understand the power words can have (whether intentionally or in my case unintentionally),” she wrote in May.

When I ask her about what that recent experience was like as a songwriter, she pauses and carefully responds.

“Well, I’ll say this. I have always been extremely careful about my use of language and music. I think that language is very powerful and words are very powerful and I have always been super-critical and analytical of the semantics. Like in Truth Hurts, ‘I will never, ever, ever, ever, ever be a side chick,’ was the original lyric, but I was like, no, I have to say be your side chick. Because, what if I wanna be somebody else’s side chick? And what about the other side chicks out there? I think moving into the future is just having an awareness and a knowledge outside of me. I’ve always been super-particular, which is why it was easy for me to change the lyric. Because that’s not something I would’ve done intentionally.” 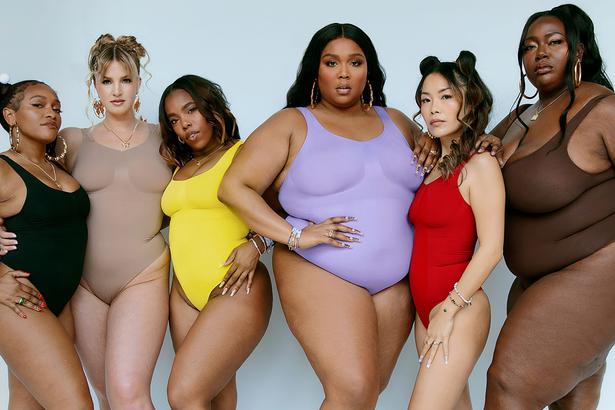 Elsewhere on the album, its ambitious range of musical styles is a natural progression for an artist who has come a long way from her 2013 debut Lizzobangers, an album that cemented her arrival as a lyrical tour-de-force enhanced by an alternative hip-hop sound.

“With Special, there is so much range — guitar, soul, funk, disco and rock ’n’ roll — like the track If You Love Me, which is a very rock ballad. There’s just so much good music and fantastic players, great lyrics and melody.”

We discuss the album’s unavoidable confluence with pop culture’s general comfort in familiarity. From Kate Bush’s number one renaissance of Running Up That Hill to sold-out concerts of Abba holograms. Nostalgia, according to Lizzo, is a chance to connect beyond your audience.

“Music that connects to people on a larger scale always has to have some sort of reference or connection to something that’s come before it. That’s just how music works, which is why it’s weird to me that people be trying to sue people for stuff that sounds like other stuff — I’m like, there’s only 12 notes in a scale!” she says, laughing.

“Especially in pop music, which is a combination of rap, hip-hop, Black music — there has been a lot of sampling and repurposing of songs that aren’t even that old. Songs from the early 2000s and 90s. It’s this sample culture that hip-hop innovated and created. We’re seeing hip-hop and rap become mainstream and become the genre of pop music now.”

It’s a tried and true formula prevalent on Special with a sharp eye on its context in the world.

“I think what I specifically was doing with Special was very nostalgic in terms of, like, an era of the 70s, 60s and 80s, when music was helping us get out of a dark time. I knew that we would be coming out of a dark time or entering into an uncertain time for sure. So I wanted my music to be emblematic and to be purposeful in that it’s representative of the time. So when we look back, my music has a connection with the people and is a reflection of the times.”

To help bookmark this era in her career, she’s already pledged to donate $500,000 to Planned Parenthood and the National Network of Abortion Funds (NNAF) from the profits of her North American Special tour, kicking off in September, in light of the US Supreme Court’s overruling of Roe v Wade.

“I immediately just looked to the organisations that are going be doing that. Like, who’s going to be actively helping people get transportation, get safe abortions and the help they need? In order for them to be able to do these things, they’re going to need funding. My first thought, whenever things go down, I’m like, what do people need? And how can I give it to them?”

I explain that her role as an entertainer is also enough to help get people through. Ahead of her live shows later this year, she’s ready to join her fans in shaking off the blues of recent months, with Special offering an unskippable soundtrack of resilience along the way.

“I’m gonna keep it real with you!” she laughs. “It’s been kind of an emotional month and there’s been a lot going on and I have not gotten a tour together yet. It’s going to be great though because [American rapper] Latto is joining me, and her live shows are always so fun and lit. It is exciting. I love coming up with the creative ideas and the flow of my shows.

“I just feel like we’re about to have a party across America.”

And it’s about damn time.