The movie star questions his reality, reveals his anxieties and discusses the aimlessness of success

It’s a chilled Sunday afternoon in Brooklyn, New York, and actor Lucas Hedges is working on his writing.

“I’m at the beginning stages of understanding what it is I want to write,” he says, when asked where he’s at with it. “I’ve written stories, free-form stuff. If I’d gone to a traditional college I would have studied creative writing. I don’t have an answer but I’m trying to figure it out and give myself a chance.”

I’ve pulled Lucas away from his work to chat about his new film French Exit, which opens in cinemas tomorrow. The film is a quirky, surreal, pitch-black comedy about a fading socialite, who flees to Paris to end her life after learning she’s broke.

Cinema icon Michelle Pfeiffer gives a wonderfully acerbic performance in the lead while Lucas stars as her aimless son, Malcolm, who, unaware of her ulterior motives, packs up their cat and moves with her to France.

It’s a character that couldn’t feel further from Lucas, who is lively and enthused company.

“I liked that the character was so useless. I liked how useless and how bored and how lost he was,” he says, before dropping a revelatory bombshell.

“Because I felt like that at that point of my life. I was feeling like I didn’t have anything to offer. It felt like a perfect marriage. I didn’t want to play another character who was deeply traumatised — although you could say this character is. I wanted to play a character who wasn’t capable of doing anything.”

Admissions of uselessness and deep malaise are not what you expect to hear from such a successful and critically acclaimed young actor.

READ: Actor Eve Hewson Of 'Behind Your Eyes' Is Finding Fame On Her Own Terms

At just 24 he’s already starred in almost 20 well-praised films, including Moonrise Kingdom, Manchester by the Sea and Lady Bird, and has been nominated for an Academy Award, a Golden Globe, a Bafta and various Screen Actors Guild awards.

He is more than established. He’s made it.

“I think with success comes questioning and even a stasis. That’s what I was experiencing. I’m in the process now of really coming out of it and into an understanding of what it is and how I want to spend my life.” 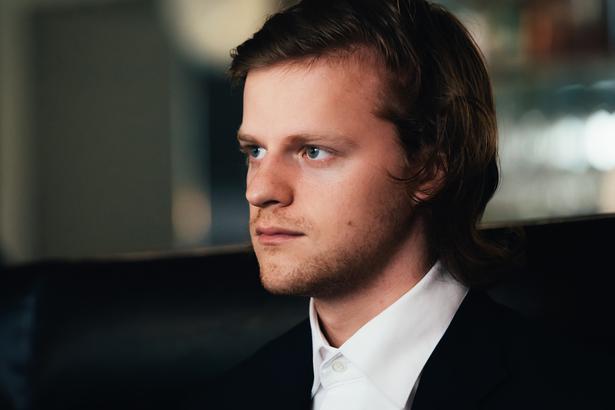 He says the period leading into the filming of French Exit was the beginning of the end of what felt like a chapter of his adolescence.

“What came with that was an aimlessness,” he says. “And that’s still what my life is like, even today. But I would say I have much more purpose today than him.”

French Exit is purposefully stylised and detached but is filled with plenty of oddball absurdity, such as characters puzzling out the mystery of a frozen sex toy, a deathly psychic reading and a supernatural twist that involves the family cat.

READ: Oscar Kightley On The Challenges Of Making His Documentary 'Dawn Raid'

“Totally. Absolutely,” Lucas immediately replies when asked if he’s a believer in the paranormal.

“I’ve worked with psychics who have said things that I’ve resonated with. But all we need to do is look around. Look at the world we live in. Who’s to say that I’m not a ghost? Where the f**k did I come from? I see much less proof for the more conservative way of thinking than I do for the supernatural. Look at a tree! What is a tree? What is anything in our lives? I don’t think there’s any proof for anything other than life being completely and utterly irrational and insane.

“There’s nothing about ghosts that I think should be scarier than what we’re already living with.”

He’s been open and honest and great to talk to during our interview.

But our time’s almost up and he has his writing to get back to. With time for one last question, I ask if he’s ever been at a party or event and made a hasty getaway without saying farewells to anyone; a move more commonly known as a French exit.

• 'French Exit' is in cinemas now.