"Did this come out of the vacuum drawer of a Hitachi fridge? Cos it’s simply too fresh.”

So reads a comment by a fellow named Heath Johns under the video for Chaii’s Nobody Know on YouTube, and it’s a valid question.

I’m on the phone to rapper-producer-engineer Chaii (Mona Sanei when she’s at home), even though we’re mere streets away from each other in central Auckland. I’ve been trying to catch her for ages but she’s been impossible to reach, because she’s too busy blowing up.

In 2020, while many of were sitting stationary on the same spot of carpet for months, staring into space, she was stealthily amassing a global fanbase, all from the relative safety of her NZ HQ.

Her work, described by music writers as “genre-defying”, merges hip-hop with the sounds and rhythms of traditional Persian music, notably the 6/8 time signature, famous for forcibly propelling the listener out of their chair and on to the nearest dance floor. Any sweetness in her vocal is offset with dark, dirty beats and glitchy, fuzzy production.

“It’s less about complex musicality and more about the sounds I use and manipulate. I really like experimenting ... chopping things around, simplifying things, making it more rude, I guess.”

In the video for Nobody Know, multiple Chaiis perform outside a pink stucco villa in California, their outfits the exact same blush shade as the architecture, causing her to blend, chameleon-like, into her surroundings. The lyrics, plucked straight from a freestyle meant as a guide vocal, are basically an ode to not bothering to fit in.

Mona collaborated on the track with producer Soraya LaPread in Auckland, then met US producer Sylvia Massy, known for her magic touches on albums by Tool, System of a Down and Johnny Cash, in Oregon, where they zhooshed it up further using vintage microphones and instruments. It’s now the soundtrack for a scene in the new Netflix film The Old Guard, in which Charlize Theron and KiKi Layne kick each other’s butts on a plane, and has had more than a million views on YouTube.

Covid-19 has meant Chaii couldn’t make it to her debut at South by Southwest festival in Texas this year, or to shows in the US and Europe as planned, but the world has come to her anyway. In April, her song South was crowned Rolling Stone magazine’s Song of the Week. In June, she became the only Kiwi artist picked for Spotify’s emerging artist programme, RADAR.

Fashion house Fendi used her music in a worldwide campaign, the UFC and Fox Sports Australia commissioned her to make a promo that aired during the NRL Grand Final and her tunes appeared on the soundtracks for video games Tony Hawk’s Pro Skater 1 + 2 and FIFA 21.

It’s not too shabby for someone who committed to doing music full-time only at the start of last year, when she dropped her stunning first single Digebasse (“enough” in Farsi). Featuring the Nigerian-Australian rapper B Wise, it conveys sadness and exhaustion at how people from the Middle East are perceived and portrayed. 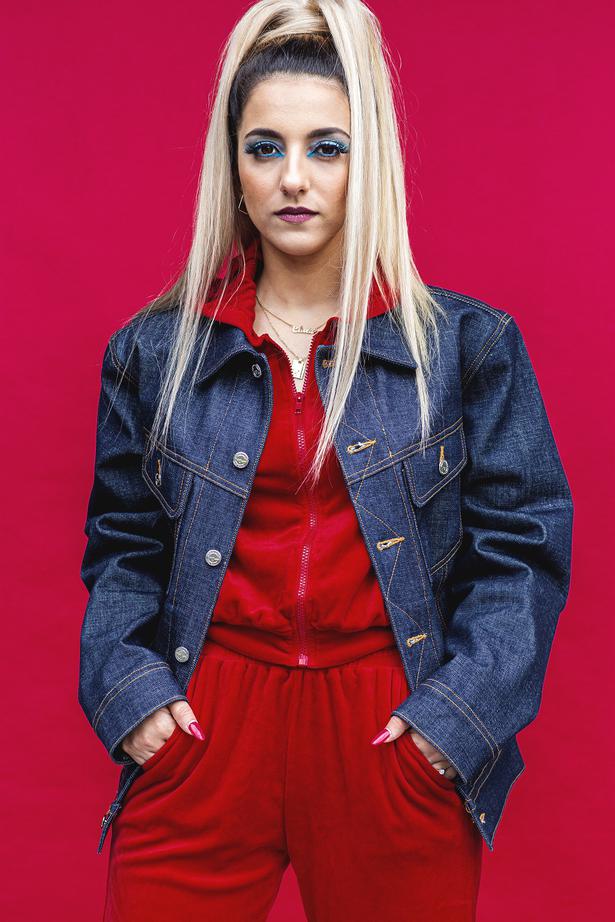 A week after its release, the Christchurch terror attacks were committed, and suddenly the prescient tune was attracting hundreds of thousands of pairs of ears and eyeballs.

In July this year, Chaii released her EP Lightswitch, each of the six tracks accompanied by music videos directed by Mona and shot “guerrilla style” in Oman and California, along with her fiance and collaborator, Frank Keys, director of photography Abe Mora and stylist Brooke Tyson, in a variety of epic and prosaic locations.

She chose California because it’s home to many of her relatives and is the world’s largest Persian music community outside Iran. At the time she’d been researching the 1979 Iranian Revolution, when countless musicians and other artists were forced to leave Iran after their work was banned and many of whom ended up in LA.

While in Oman, she played a gig “at this cool nightclub that’s like the inside of a cave, which was really buzzy. We checked out some other rappers too — the music there is awesome.” She shot three of the six videos there, because it was as close as she could get to her hometown, Ahwaz in southern Iran, without endangering her crew. 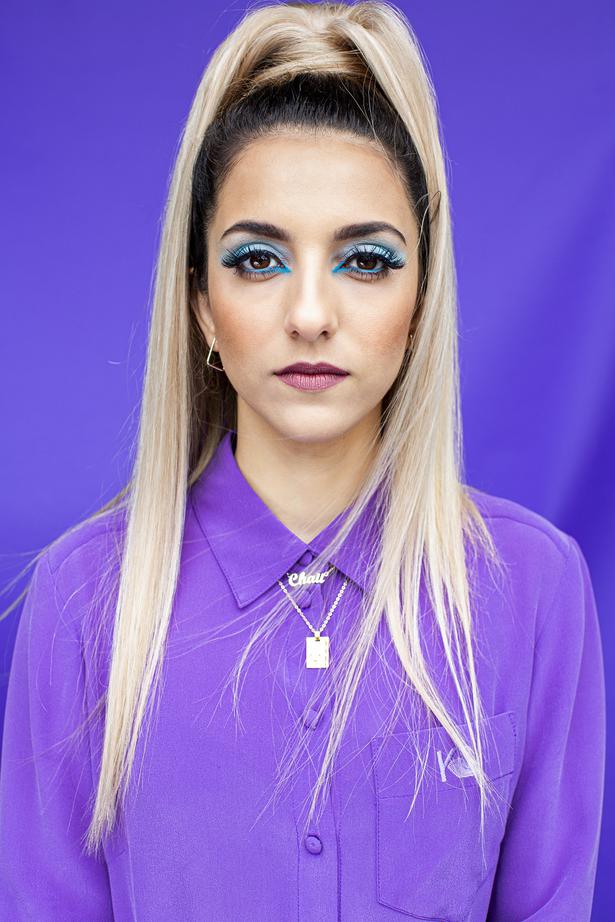 “In Iran, where I’m originally from, it’s still got a way to go. For women, it’s pretty much illegal to rap. You kind of can in the underground but it’s a bit of a risk, depending on the subject you’re rapping about. For women musicians, you can’t be solo but you can be in a group, singing — so orchestras, choirs, big bands — but not rap, which is known for getting political.”

Her dad, a doctor with an adventurous streak, brought the family to New Zealand when Mona was 8, having never been here before. “He travelled a lot during his career and it was on his friend’s recommendation — he’s quite ballsy like that.”

She remembers a few bewildering weeks of understanding no English, then the magical moment, less than a year later, of becoming fluent, but not the struggle in between. “I guess you play a lot as a kid, so it’s less talking and more, ‘let’s play football or play in the playground’, so you don’t talk much.”

Despite having two languages to do it in, she’s still not big on chat. “I find it easier communicating or expressing things through music. I just enjoy making music and hiding away. Ninety-nine per cent of musicians are like that. I mean, you can’t really tell, because we’ll be on stage performing and talking to a lot of people, but you can still be an introvert and push yourself to be like that.”

I call this being a fake extrovert. “Yeah, that’s a great way of describing it!”

Mona’s been working on her rhymes since she was an Eminem-mad teenager at Auckland’s Epsom Girls Grammar, where she also dabbled in audio production. After school, she studied spatial design at AUT, where she made “a lot of installations and cool, arty pieces” but still found herself sneaking into the recording studio when she was meant to be doing design assignments.

So, after graduating, she enrolled at the SAE Institute to study audio engineering, going on to mix sound live at gigs and on recordings — the most recent being Jess B’s excellent EP New Views.

Learning how to make things sound clean and perfect as an engineer motivated her to do the opposite as a musician.

“Coming from a background of audio engineering, where you’re trying to make things sound as great as possible, I just want to take those tools and use them in a different way — break the boundaries and rules, and the way we’re told to use them. I think that’s why people see it as different, because I leave the imperfections in there. I like it to sound unfamiliar.”

South
You told me that rappin’ is handsome
Gotta have passion, gotta have sass man
Gotta be G with a little bit of fashion
I be on stage and I’m making it happen

On top of her myriad skills in the studio, on stage and behind a camera, she’s also a flamenco guitarist, an oil painter, a fisherwoman and a stunt driver (in the Kiwi comedy film Alien Addiction). So it’s probably a wise call when she says she doesn’t plan to confine herself to one genre, or even one artform, forever.

But for now, the accolades for her music just keep rolling in. This month, Cyndi Lauper added her track Trouble to her GIRLS Spotify playlist, and she was nominated, along with Keys, for Best Producer at the 2020 Aotearoa Music Awards. And, even before Lightswitch was released, she was already cooking up a new batch of tunes, and “they’re real cute”. She served up the first of these in October: Wow (Look at Me), co-written by Kings and Lawrence Arabia, about being a slave to social media.

Also in October, she and her band — Brandan Haru on drums and Keys on keys — practically burned a hole into the grounds of Mt Smart stadium with a scorcher of a set that formed part of a 22-hour concert celebrating the launch of FIFA 21. Fans could visit the pages of 40 artists, one after the other, including Tame Impala, Anitta and Dua Lipa. Chaii’s set came straight after Diplo’s.

In an ice-green sweatsuit and yellow sneakers that matched the banana bunches on her bucket hat, she began with South, a holy synthesis of trap, southern Iranian drum patterns, bouncy bassline and the unforgettable lyric: “Me skinny but my rhymes so fatty”.

Recorded on a beautiful spring day, the stands poignantly empty behind them, the whole set was shot in just one take. “I’ve played football for most of my life, so it was awesome to see what it feels like for the players when they’re in the stadium.” And, despite the empty seats, she and the band were clearly having a blast.