Discovering Megeve, The French Ski Resort That May Be The Perfect Mountain Hideaway

Andrew Glenn discovers Megeve, a French ski resort for all seasons and an alpine village where understated luxury is the order of the day

As French ski resorts go, there are certainly those more ostentatious (Courcheval), higher in elevation (Val Thorens) and more challenging (Chamonix). But when it comes to understated sophistication, excellent dining, and a certain je ne sais quoi, Megeve might just be the perfect mountain hideaway.

Just under an hour from Geneva by car, Megeve is one of the easiest-to-access ski resorts in Europe, frequented by a combination of Swiss visitors and chic Parisiennes who come as much for the charm and allure of the village itself as they do for the skiing.

Unlike French resorts Mirabel and Val-d’Isere, which are ski-focused, Megeve is popular in all seasons, thanks to its charming pedestrianised village, cobbled streets, horse-drawn sleighs, designer boutiques, restaurants, and hotels. 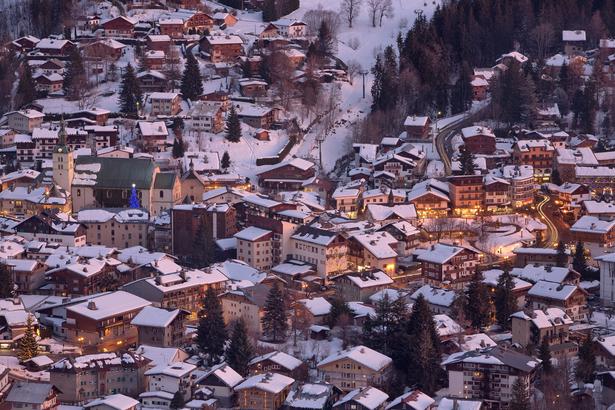 Megeve is popular thanks to its charming village and gingerbread-look. Photo / Commune de Megève

With its gingerbread look it has managed to avoid the brutalist, concrete architecture that has plagued so many other French resorts.

The modern story of Megeve — originally a farming village dating back to the 13th century — began a century ago. Following World War I, Baroness Noemie de Rothschild dreamed of creating a resort to rival St Moritz, but in France, rather than across the border in Switzerland. She scoured Haute-Savoie for a suitable spot and settled on Megeve. By 1920 the baroness had purchased a property at the base of Mont d’Arbois and transformed it into a stylish hotel.

By the 1950s Megeve was in full swing, attracting the beau monde of Paris who came for the louche, decadent parties held in numerous nightclubs in the village, including Les 5 Rues, the notorious jazz venue that is still a Megeve must.

At the time French writer Jean Cocteau mused that the resort was the “21st arrondissement” of Paris.

Today those wild nights are history, the town now settled by a much more bourgeois population of Megevans, a smattering of other Europeans and even a few members of the Saudi royal family, who have owned chalets in the resort since the 1950s. 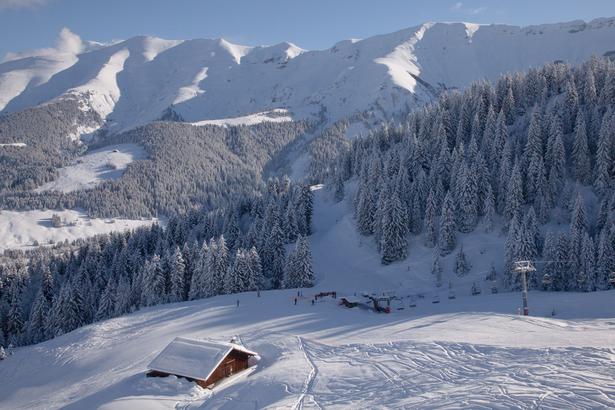 Despite the multi-million Euro price tags of its chalets, there remains an understated air about Megeve. “It’s not about bling here,” says Olivier Chetail, a leading interior designer born and raised in the town. “It’s sophisticated here, but not pretentious. People here like to be low-key.”

One of Megeve’s biggest drawcards is its vibrant culinary scene, propelled by celebrated three-Michelin star chef Emmanuel Renaut who founded the acclaimed restaurant Flocons de Sel in 1998. In the past two decades, a throng of dining options has flourished, going beyond the typical Savoyard specialties of fondue, diots (sausage) and crozets (a French mountain pasta).

Then there’s the skiing, of course, and lots of it. Nestled in the shadow of Mont Blanc — Europe’s highest mountain — Megeve is part of the Domaine Evasion Mont Blanc ski area. The evasion covers approximately 445km of trails, accessed from 116 lifts on 219 slopes across five connected resorts.

Whether coming to ski or simply to take refuge in the alpine beauty, Megeve’s seductive charm will have you pining to return for more.

THINGS TO DO
If you fancy a day off the slopes, check out the Palais des Sports, the largest sports complex in the Alps, featuring an indoor ice-skating rink, huge climbing walls, tennis courts, 1000m² gym and two Olympic swimming pools.

Not to be missed is Le Calvaire de Megeve, a series of 15 chapels and oratories depicting the stations (or the Way) of the Cross. For great apres ski and post-dinner drinks, head to Megeve’s legendary jazz club, Les 5 Rues, one of the oldest jazz clubs in France outside Paris, having opened just after World War II. It’s said Frank Sinatra’s My Way was a translation of Comme d’habitude, a song written in Megeve by Claude Francois. SHOPPING
From Hermes to Moncler to Aallard — a local brand that invented the stretch ski pant — the village has you covered for chic alpine attire. Lovers of fromage should head to La Cremerie de Megeve which has an excellent assortment, many locally made, including the region’s famed Tomme de Savoie.

Don’t miss a visit to Glacon de Megeve, a shop that for 107 years has been making a delicate praline mixture coated with a fine meringue that’s a cult favourite. For watches and fine jewellery there’s Guilhem, where jeweller Philippe Guilhem heads up the 150-year-old house which approaches jewels with fantasy and modernity, including in a beautiful collection of precious stones set in bronze.

On the outskirts of town make an appointment to visit Armel Soyer Alps Gallery — curated by Paris-based gallerist Armel Soyer — filled with fabulous furniture and contemporary art pieces by the likes of Xavier Veilhan, Julian Mayor, Denis Milovanov and others. 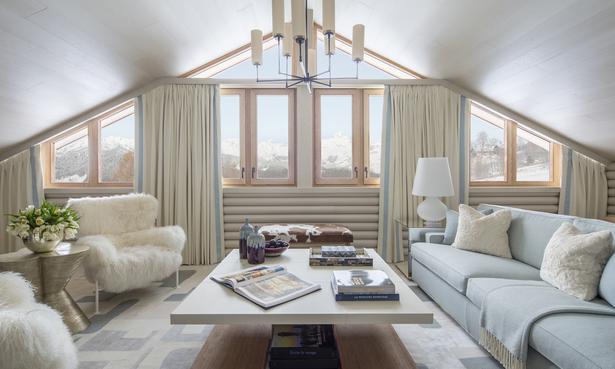 PLACES TO STAY
Megeve is not short of options when it comes to luxury accommodation. At the top of the list is the iconic Les Fermes de Marie, a cosy hamlet of nine beautiful chalet-style buildings set a few minutes outside the town centre. Built by the Sibuet family who now run a small empire of chic five-star French properties from St Barths to St Tropez, there’s a top-notch spa, indoor pool, indoor and outdoor hot tubs, three types of sauna, a steam room, and a gym.

At the base of Mont d’Arbois is the luxurious Four Seasons Megeve, a ski-in/out property where guests can enjoy a horse-drawn carriage to take them to the nearest gondola. An elegant, more intimate option is Chalet Zannier, a 12-room property with minimalist alpine design focused on a natural palette of stone and wood. 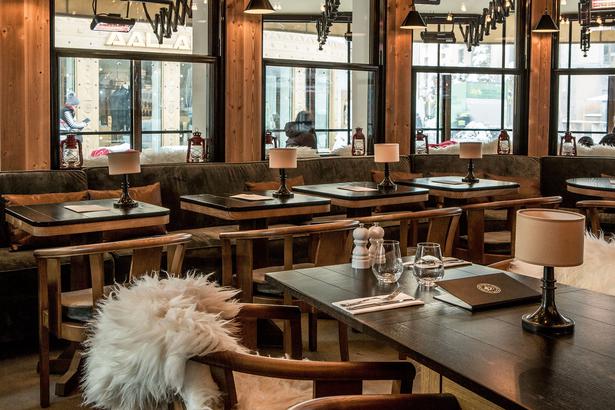 DINING
With seven Michelin stars in Megeve alone, the bar is definitely raised in the culinary stakes. Chef Antony Bisquerra of the L’Alpaga Hotel has one of these stars, helming the kitchens at the hotel’s two excellent restaurants: La Table de L’Alpaga and L’Onyx. At L’Onyx even a simple salad is special and the service is top-notch.

An absolute Megeve must is Le Refuge, an institution for almost 60 years nestled in a secluded pine forest on the mountain. With its cosy, wood-panelled ambience, the restaurant’s menu includes grilled meats from a wood-fired oven and traditional Montagnard specialties including fondue. Its Grand Marnier souffle is the stuff of legend. Back in the village, the new kid on the block is Le Hibou Blanc. Operated by the people behind St Tropez’s legendary Le Senequier brasserie, the “White Owl” offers an excellent French brasserie menu of simple classics executed perfectly. Service can be a bit Parisienne-style brusque at times, but that’s all part of the fun.

On the slopes don’t miss L’Alpette, a mountain restaurant located at an elevatian of 1895m on Rochebrune. Built in 1936, the restaurant was ravaged by fire in 2016 but has been rebuilt. Formerly operated by the Sibuet group, L’Alpette has new ownership and the food standard hasn’t dipped.

At the top of Mont Joux, towards the Saint Gervais side of the ski evasion, is La Folie Douce, a fun-filled establishment with two offerings: an excellent self-service restaurant for those on the go, and a more formal seated restaurant, La Fruitiere, with astonishing views of Mont Blanc. Expect dancing on the tables outside until the lifts close.

Like the West Coast of America, the central western coast of Europe and North Africa has a relaxed vibe, balmy weather and desi...