30 Great Things to Do in November

Keep busy with our pick of the best exhibitions, concerts and events around the country this month

1. Cindy Sherman
A major exhibition by influential American photographer and film director Cindy Sherman, best known for manipulating her own image, comes to Wellington. For more than 40 years, the artist has acted as the model in her work, changing her image through the use of costumes, wigs, makeup, prostheses, and digital effects. The exhibition will showcase work since 2000, when Cindy returned to photographing herself after a decade away; with seven series exploring a range of characters, including socialites, fashion victims and clowns. A favourite of the fashion industry, the exhibition will also include her collaborations with Chanel and Balenciaga.
— City Gallery, Wellington, November 19-March 19 2017. Visit citygallery.org.nz

2. Taste of Auckland
The food event of the year takes over Western Springs again, where you can try delectable dishes by Paris Butter, Depot, Tok Tok, Ima Cuisine and more. One of Australia’s most celebrated patisserie chefs, Adriano Zumbo, is a guest this year — you won’t want to miss the decadent bespoke dessert he is creating for those attending the Viva Champagne Lunch. There will also be a wide range of artisanal producers from across the country to explore and sample.
— Western Springs, Auckland, November 17-20. See tasteofauckland.co.nz

3. The Auckland Retro Fair
From merchants specialising in retro furniture to clothing, jewellery and lots more, this fun annual event is a collectors' wonderland not to be missed.
— Alexandra Park Raceway, Auckland, November 13. Visit eventfinda.co.nz

4. Melbourne Cup
Australia's most prestigious thoroughbred horse race is also a great excuse to get dressed up and drink champagne — Ellerslie Racecourse will be getting amongst the action with the main Melbourne Cup race streamed live at 5pm.
— Ellerslie Auckland Racing Club, Auckland, November 1. Visit ellerslie.co.nz

7. Food and Wine Classic Summer Series
There are over 80 events at this year’s Summer Series, now in its fifth year. Enjoy food workshops, degustation dinners, long lunches and wine tastings in some of Hawke’s Bay’s most spectacular locations. Star chefs Al Brown, Josh Emett and Ray McVinnie will all be in town for the festivities, alongside some of Hawke’s Bay’s finest.
— Hawke’s Bay, November 4-13. Visit fawc.co.nz 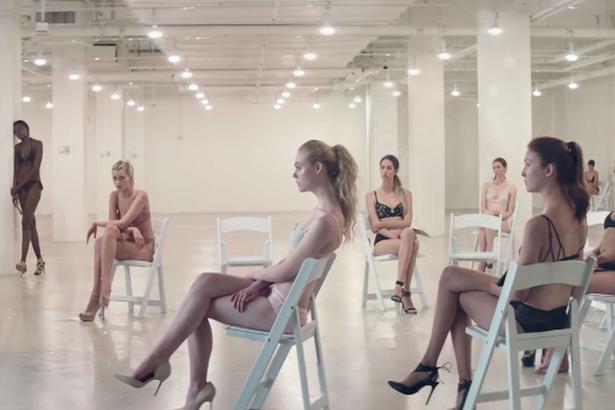 10. The Neon Demon
Elle Fanning is the star of this stylish new psychological horror film, playing an aspiring model who moves to Los Angeles to launch her career — where she faces the wrath of brutal beauty-obsessed women who scorn the young beauty. Keanu Reeves, Jena Malone and Christina Hendricks also star in the film.
— In cinemas around the country, from November 24.

11. Lee Mingwei and His Relations: The Art of Participation
Paris and New York-based Lee Mingwei is one of the world’s leading contemporary artists, known for his participatory experiences. His exhibition explores issues of trust and self-awareness through the acts of sleeping, eating, conversation, singing and walking, and involves varying degrees of interaction from gallery visitors that occur before, during and after the exhibition.
— Auckland Art Gallery Toi o Tamaki, Auckland. November 5-March 19 2017. Visit aucklandartgallery.com

12. Nelly
Prepare for it to get Hot in Herre as American rapper Nelly comes to New Zealand, as he plays two shows in Auckland and Christchurch.
— Vector Arena, Auckland, November 19; Horncastle Arena, Christchurch, November 30. Visit ticketmaster.co.nz

13. A Table of One’s Own: The Creative Life of Anna McCahon
This exhibition will feature over 50 of artist Anna McCahon's works, including art from before her children were born, illustrations for NZ School Journals and ceramics chosen by her grandson Finn McCahon-Jones.
— Te Uru Waitakere Contemporary Gallery, Auckland, November 19-February 12 2017. Visit teuru.org.nz

19. Night Noodle Markets
Grab some friends and head along to Victoria Park, with the central city park set to be filled with a range of food vendors offering authentic Asian meals over five nights. Dishes range from $5 to $15.
— Victoria Park, November 30-December 4. Visit heartofthecity.co.nz 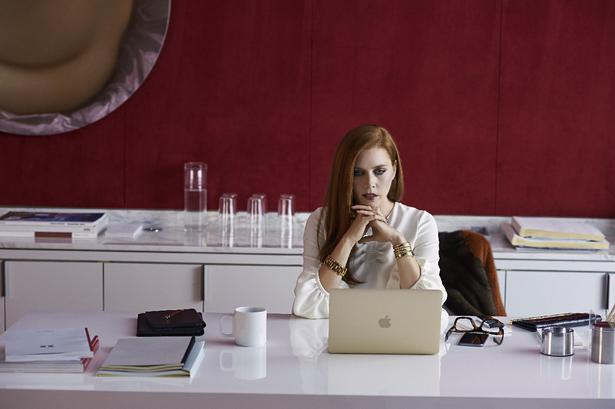 20. Nocturnal Animals
Fashion designer and director Tom Ford's second feature film is finally released this month, starring Amy Adams and Jake Gyllenhaal. The psychological thriller follows a successful Los Angeles-based art-gallery owner, and the past of her first husband. Read our interview with the director and designer.
— In cinemas from November 10. Visit lido.co.nz

22. Fete Dunedin
Christmas is around the corner, so get your shopping done early and enjoy a day of live music and food at Fete Dunedin — over 100 stalls will be set up with fantastic gifts and more.
— Taieri Showgrounds, Dunedin. November 29. Visit fetedunedin.co.nz

23. Safety Glass
Visit Sydney-based New Zealand photographer Derek Henderson's new exhibition, featuring works photographed outside The Wintergarden at the Auckland Domain. Derek observed flora from outside of the glasshouse, capturing the plants and the way they interact with the glass that keeps them indoors.
— Spa_ce Gallery, Napier, October 29-November 26. Visit thisisspace.co.nz

25. Orewa Surf Sounds and Fireworks
Pack a picnic and head along with friends and family to Orewa, with the annual Santa Parade happening from 4.30pm followed by rides, food trucks, live entertainment and fireworks.
— Orewa Reserve, Auckland, November 26. Visit eventfinda.co.nz

26. Christmas Indie Market
This is another great event to help you get a head start on your Christmas shopping. There will be over 100 stalls there on the day as well as a visit from Santa and an ice skating rink.
— ASB Showgrounds, Auckland, November 20. Visit facebook.com

28. Desperate Remedies Remastered
The cult 1993 New Zealand film has been remastered in 4K UHD, with a red carpet 're-premiere' to be held to celebrate the film's new release.
— The Civic, Auckland, November 28. Visit aucklandlive.co.nz

29. Natural Health Expo
This event has been running in Hamilton for the past 20 years and is a great way to get educated about the latest and greatest in natural health right now.
— Hamilton Gardens, November 19-20. Visit naturalhealthexpo.co.nz

30. Rules of the Game
A sure to be insightful and riotous night of live storytelling featuring poet Hera Lindsay Bird, Thomas Sainsbury, Alice Snedden and Lucy Zee, presented by The Pantograph Punch. Plus, there will be a giant pass-the-parcel...
— Herald Theatre, November 16. Visit aucklandlive.co.nz

7 Things You're Doing Wrong at a Steakhouse