October wants you to watch her—but that doesn't mean she’s not terrified.

The rising Kiwi singer, songwriter and producer has unveiled a bold new music video to accompany her latest single, 1000 Eyes, which begs her audience to stop and stare.

"It’s about the thrill of being watched and admired but also being scared of the scrutiny that comes with it," says Logan. "I’ve always struggled with that as an artist."

Directed by Conner Hickey (Logan’s boyfriend at the helm of all other avant-garde October videos), and conceptualised by experimental artist Alex Schipper, and videographer Lula Cucchiara, the hyper black-and-red clip is told in just two figures: October and an otherworldly dancer.

"The song is so industrial and his dancing is liquid and light," says Logan of dancer Paul Wilson, who she found through Instagram. "His fluid style juxtaposes against the harsh beat of the song."

In a structural Jimmy D ensemble, the artist's slithering petite frame wraps around TVs placed on the floor, chanting: "I like it when you’re watching me…1000 eyes and I’m all yours." The strobing screens, which play a delayed feedback of her shadowed face were chosen for their jarring nature, she says.

"Seeing yourself like that makes you hyper-aware of who you are to a level of becoming self-conscious," she says. "It was so fitting to go with the theme of the song."

The video begins to unravel the hard feelings she faced during the creation of Ultra Red, says Logan, which is an upfront account of her challenges with anxiety and depression.

"I’m not going to sugarcoat it. There are a lot of dark moments on the album." Mental health is a tricky area to express, she says, but an important one.“You don't want to dress it up but at the same time you want to be truthful and not downplay it."

Making the album was a year-long process, written and produced entirely from the confines of her bedroom. "I would stay in my room for days on end just trying to write and get these feelings out on paper and into the computer."

However, transitioning the work into the commercial studio to the direction of other producers, soon hit a few bumps for Logan, feeling her "creative integrity lost along the way".

She also found frustration of its male dominance, adding: "Pursuing a music career is hard enough as it is. As a young female in the industry, you have to work twice as hard to prove yourself and your worth." 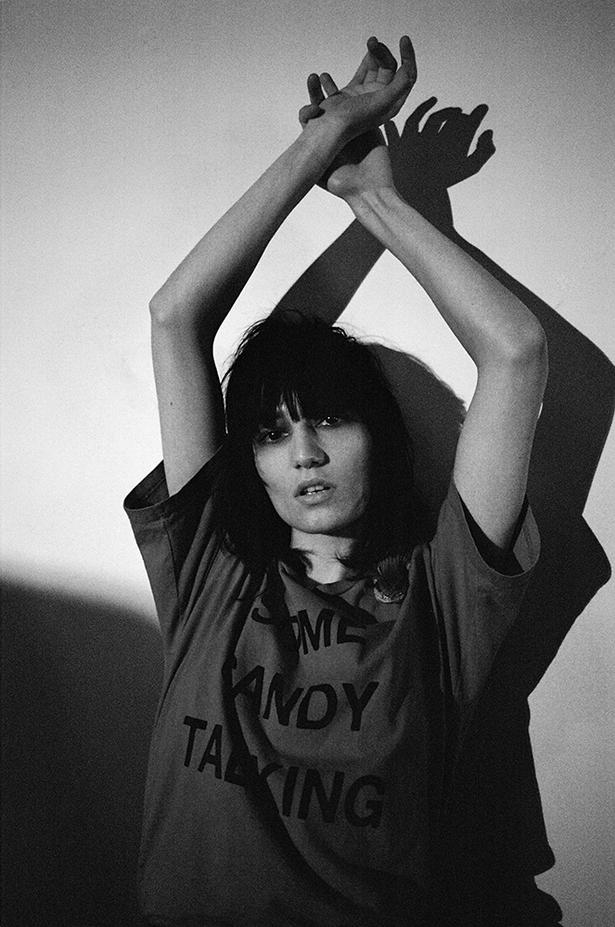 Ultra Red was in fact set for release last year, but the self-directed powerhouse put things on hold. "I’m sure my management was internally freaking out but they let me do it. I needed to leave my personal print on my own album after working on it for so long. I’m really proud I had the guts to speak up and articulate what I really wanted to do."

Ask the artist about sound production and she lights up. "The most enjoyment comes from the actual making of the music. I couldn't think of anything worse than just being the singer of a song."

For Ultra Red inspiration largely came from punk and post-punk, but it’s not all heavy, she says. "I make really loud abrasive music but in order to feel that you need to contrast it with the sickly sweet. There are light and playful moments on the record too."

Following on from her previous singles, Pure, All She Does Is Stare and Cherry Cola, Logan says her latest work is stronger. "I spent every single day of the year producing and I think that it shows. I hope it’s recognisable. I worked really hard on it."

Originally from Blenheim, the 21-year-old was born into a musical family and took to it right away. Her technical precision likely came from her mother, a piano teacher, who filled the house with her classical playing. As for her rocker soul? Her father suitably provided the Jimi Hendrix and Pink Floyd.

Surprisingly, Logan is a self-confessed introvert in daily life, but put her on a stage and she kicks into high-gear. "If people have come to watch you then that’s the invitation to be the hyperextension of yourself. I just let go and enter this other plane of being."

She credits her instinctual performance skills to her early years doing theatre and dance productions in school, and part-time jobs playing in bars and wineries in the weekend. "My friends would be working in the supermarket or in retail but my job was to play in these lame venues. That's how I made my money and it made me the performer I am today."

Ahead of Ultra Red's release, Logan still admits to being terrified. "The audience is going to decide whether they like it or not. But at the end of the day, I suppose it doesn’t matter. I’ve put everything into this thing and I’m proud of it." She’s ready to go "creatively wild", this year. "I don't want to just restrict myself to one thing. Life’s too short."

- Ultra Red is available for pre-order now at umusicNZ.lnk.to/UltraRed and will officially release on April 20.