One of the Someday Stories' series of six short takes on sustainability by emerging young film-makers from Aotearoa New Zealand, Pet Day tells the story of kids and horses, the freedom of independence, and the uninhibited feeling of growing up in a small town in Aotearoa.

The film also explores themes of friendship, parenthood, male vulnerability, and growing up riding horses in a rural town, a way of life that is a special part of growing up here — in this instance, two young horseriders living in Hokianga in Te Tai Tokerau. 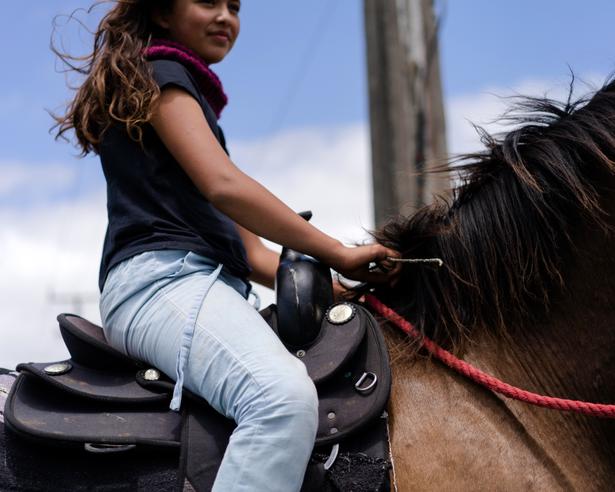 “I grew up in a tiny seaside town where I would ride my horse in the park with my friends after school,” explains Ruby.

Filmed in April this year, Pet Day also features a local cast, who Ruby tapped to work with her script.

“I went home to begin writing a story that we could share, with the hope it shows off the beautiful area they live in and their riding skills, and tell the underlying story I needed to share inspired by my own experience of how our parents’ experiences affect us as kids.” 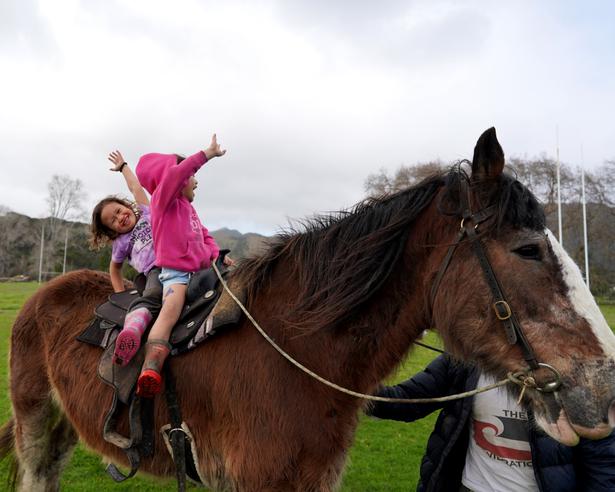 "When I visited we would hang out, meet at the field, take some photos and go on walks. Eventually, I applied for funding when we had a script, they chose their names and their horses' names," Ruby says about her lead characters. "We started with Britney and Chloe, then to our final names of Daisy and Mia. We talked through what film-making looks like as they hadn’t acted before and I hadn’t worked with horses or a big crew before. We were all pretty scared in very different ways."

"Between the story, the cast, the area and the support of friends and whānau I think we are telling a pretty special story."