One of New Zealand's most celebrated photographers, Pardington's bold, evocative images have earned her such titles as the Frances Hodgkins Fellow and an Arts Foundation Laureate, and she received the highest price in New Zealand for a photographic work at auction - good news for the Jassy Dean Trust, which is auctioning off Fiona's still life called Rabbit Money Box, Candle and Shotgun Casings, this weekend at the Waiheke Bayleys Art in the Garden art auction as part of the Waiheke Island Garden Safari.

She has work currently in Paris for the Photoquai Biennale at the Musee du quai Branly, a show at Auckland's Two Hands Gallery opening next week and several books and projects in the pipeline.

We spoke to Pardington about her daily still life discipline.

How long have you been living at Baylys Beach?
About a year. I'm renting an amazing tiny little bach that sits right on the sand dunes over the sea. The only thing is there's a lot of sand so you have to vacuum your computer keypad. Apart from that it's just fantastic. It's really beautiful here, just like Piha, except rougher and really wild. The beach is a road and is the fastest way to get to a number of places if you own a 4WD.

When I first got here I was walking along the beach and there was this whole crowd of people, two Hiluxes with girls on the back, a number of quad bikes and a couple of guys on motorbikes on one wheel and all these dogs, racing full tilt around the beach and I just thought it's like Mad Max. So I decided I liked the place quite a lot. My dogs are getting used to everybody hooning around.

How do you find living up north?
It's like a real small town at the Dargaville shops, and I grew up in really small towns, so I like it. The butchery has the most phenomenal meat, the most beautiful quality steak I've ever had. And then just down the road there's this fantastic shop called the Dargaville Book Exchange and Craft Market. All these old ladies run it and there's traditional knitting for children and babies - impossible quality, just phenomenal - and every type of marmalade known to mankind.

This particular plum sauce that one of the old ladies makes is just famous; then there are duck eggs, all free range, and today I bought beautiful runner beans. There's all this organic food that the old people bring in and sell from their gardens. As long as you've got those kinds of places you're alright.

Will you be back on Waiheke for the art auction?
I will actually, because I can probably get a better price for my piece at auction if I get up there and wind everybody up. Also, people really appreciate it if you connect with them as the artist and tell them about the piece, and it's such a good cause. I can't imagine what it's like to lose a child to that type of disease [The Jassy Dean Trust was founded after chairman Greg Dean's daughter died from meningitis in 1994], so one of the pleasures that I have in being reasonably successful is that I can actually give my art to really good causes.

Have you been involved in Art in the Garden before?
Yes. I've given a number of works to them over the years. People should be aware that charity art auctions are a great place to get art from well-known artists at very reasonable prices, and you're doing a really charitable thing. Often the prices are much more reasonable than going to an art dealer.

Do you have a garden yourself?
No we're on a sand dune here so, at the moment, everything is in a pot; sand is just hopeless and all the [salt] spray comes in and burns everything. But I can grow anything, anywhere, I'm quite good like that. 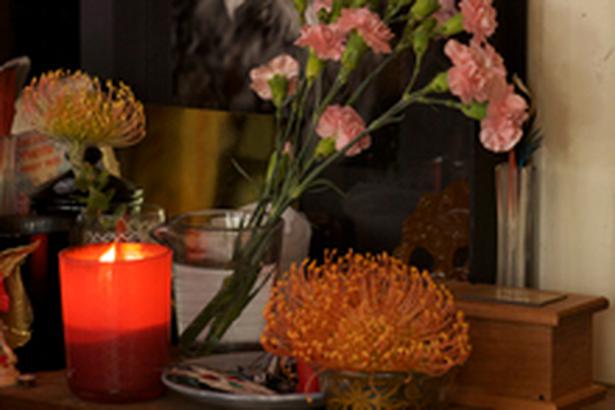 What have you been working on up there?
I've been working solidly to try to finish my work at the end of the year because I've been doing these still lifes for about three or four years as a discipline. It's like a daily discipline - a kind of yoga. I've got a book of still lifes with photographs and essays coming out at the end of the year [Still Life, Baker Douglas Books]. I've also got a show opening next week at Two Rooms Gallery [An Answering Hark: from the McCahon Artists' Residency 2013, November 8 to December 7].

You have just completed the McCahon House Artists' Residency, tell us about that.
I spent three months at the Colin McCahon house in Titirangi responding to some of the still life paintings McCahon had made; working in his environment because it was his family home, so working with plants that were flowering. There's a huge puriri tree at the bottom of his house so I'd go down every morning and collect the flowers that had fallen to photograph. [I was] looking at the seasonal and fugitive nature of everything in the world, especially nature itself like flowers and plants.

There's a strong tradition for that [in still life]. And then it's just finding new objects that people probably never consider to put in a still life. I find a lot of stuff off the beach like gun casings, which is not surprising I suppose because they're for shooting ducks. It's kind of part of the environment up here.

I imagine that they get washed down the streams and into the water like the kowhai seed do. On top of the rabbit in my auction piece is one of my favourite things up here: Portuguese man o'war or blue bottle jellyfish. There's a lot of them on the beach so I worked out a way of collecting them without getting stung and drying them.

How do you create the dark, blue-lit effects present in your recent images?
I've been using theatre light recently so there are a lot of different lighting sources [in each image]. I use mixed sources anyway but I decided to use theatre lights and stick them on revolve and see what different arrangements of colours came up over a period of time - I can think, oh I'll press the button now. It's been really interesting technically working with these different types of strange arrangements. [I also use] a little bit of sunlight. I get up early and use the morning sun, which is very low and bright, and then add a bit of light to it from inside.

How do you compose your photographs?
I like the fact that almost anything can be photographed. I've got lots of objects. I pick up stuff off the side of the road, at the beach, all over the place. I go to a lot of op-shops and people have given me things. It makes you very open, because you might look at something and think, "Oh, I can't photograph that," but, in fact, usually you can. 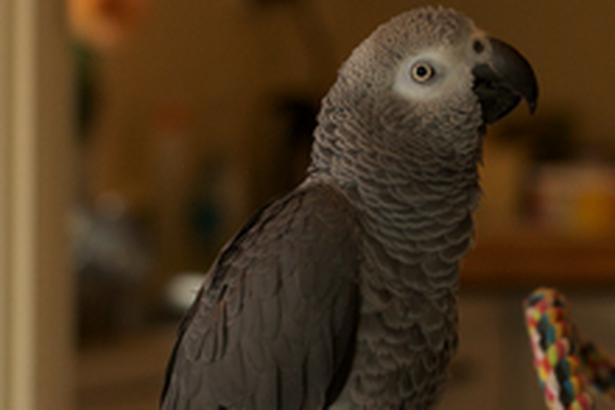 I got some pomegranates recently, since you have to wait for those to be in season and come into the country, and I have things lying out on tables or in see-through drawers, so it's just a matter of trying to remain focused and pulling out the little bits and pieces as you need them. You have to be in the right mind for it.

The whole discipline of still life has interested me for a very long time, and once I got back from working in Paris, where I did a Laureate [the 2011 Laureate Artistic Creations Project with the Musee du quai Branly]. It really put me in the mind to see things with fresh eyes when I returned. I always like to challenge myself to find something that's unimaginably awful or strange to put in the photo and make it work.

How much time and preparation goes into creating a still life image?
I find the best time to work is in the morning. Sometimes a photograph will come together in half an hour, sometimes it takes a couple of hours and sometimes you have to throw up your hands and say, "I'll come back later." But there's a ritual to it. It is quite demanding but anything anybody wants to do well is going to be a matter of discipline and setting high standards. I don't like to rest on my laurels.

What are your plans for the coming year?
I'm working on a couple of books and I have exhibitions and projects coming up, with shows in Sydney and Auckland next year. I'm working on a large project with a public gallery that is still under wraps but is going to take a few years.

I've got a monograph coming up next year too, edited and written by Dr Peter Shand [Te Papa Press / Wellington City Art Gallery] so I'll be working on that, which is a bit boring because I'd rather be doing new stuff, but it'll be nice to have one book about all of my practice up until now.

Waiheke Bayleys Art in the Garden art auction is on Friday, November 9, $65, and the Garden Safari is on Sat & Sun, $35. Book at iticket.co.nz. Seejassydeantrust.co.nz for more information.