The 10th anniversary of the death of Amy Winehouse has been marked by an outpouring of grief and by a celebration of her musical legacy. But Marina Parker’s Reclaiming Amy was something else.

Neither a hagiography to the Rehab singer nor a sensationalist revisiting of her tragic passing at 27 as a result of alcohol poisoning, it was an opportunity for family and friends to give their perspective on a life cut horribly short.

This moving and heartfelt documentary was narrated by Winehouse’s mother, Janis. Diagnosed with multiple sclerosis, she wanted to present her version of events while she was still able to. And that version was an explicit riposte to Asif Kapadia’s 2015 Oscar-winner, Amy.

READ: Oscar Kightley On The Challenges Of Making His Documentary 'Dawn Raid'

That film had portrayed Winehouse’s family as slow to intervene as her addictions spiraled and suggested that her father Mitch’s love for his daughter had been eclipsed by his hunger for fame.

“I had a breakdown because of that film,” Mitch told Parker. “So destructive — and for what reason?” Janis objected to the suggestion that Winehouse’s demons had flowed from a broken upbringing. “What hurt me the most was the idea that Amy had an unhappy childhood. And that this left her with problems.”

Reclaiming Amy didn’t shy away from taking sides. There were no interviews with Winehouse’s acquaintances from the music industry. Or with her friend, Tyler James, who in his recent book, My Amy, wrote that, in her final months, a desperately unwell addict had been manipulated into going on tour. Reclaiming Amy was the viewpoint of her family and of a select group of friends. 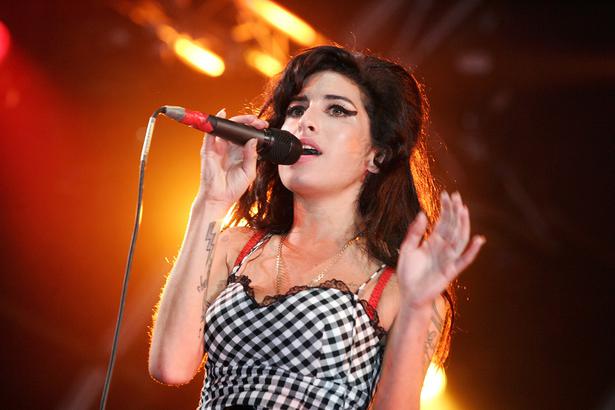 Yet even with that caveat it was heartbreaking to watch home movie footage of Winehouse as a bright-eyed child. Or as a schoolgirl blowing the rafters off when performing in an amateur production of Grease.

“When you have something that is so undefined for years… it’s hard,” said Gourlay, who revealed that she and Amy had slept together. “She was confused about what that made her.”

The message Reclaiming Amy sought to impart was that Winehouse was not a victim. “She was vulnerable but she wasn’t fragile,” said a friend.

Mitch, an amateur crooner who had seemed to exult in his daughter’s celebrity as much as she herself did, flat-out denied putting her under pressure to perform when she should have been recuperating.

Opinion: What Happened To Britney Spears Would Never Happen To A Male Celebrity

The film at moments felt like a retort to Kapadia’s Amy rather than a stand-alone documentary. And it did little to deepen our understanding of Winehouse. As both person and artist, she remained aloof and unknowable: a beehive hairdo, a stunning voice, an enigmatic smile.

Reclaiming Amy was nonetheless a powerful testament to the scars caused by grief. And a reminder that, long after a star has died and the flashbulbs stopped popping, they leave behind a family who loved them not because of what they became but because of who they were all along.

For Winehouse completists — and anyone who suspects Mitch and Janis have received a raw deal — it will have ranked as essential viewing.

Famous men often terrorise others and endanger themselves without losing basic human rights. Yet Britney Spears wasn't so lucky