Dame Whina Cooper is an icon. At the age of 79 she walked more than 1000km to lead Te Matakite, the famous 1975 land march, in a powerful endeavour to fight for Māori rights. Her line “not one more acre” has inspired generations of Māori to carry on the fight.

It is no wonder actress Rena Owen says playing Whina, or The Mother of the Nation (Te Whaea o Te Motu), in the movie Whina has been the most “challenging role” of her 30-plus year career.

“Whina was always going to be the role of a lifetime because of the trailblazing life she lived,” says Rena. “It came with a lot of pressure.”

I meet Rena for the first time properly at Longroom in Ponsonby. She’s humble and even more funny than I imagined her to be. She’s dressed in active gear and a sports hat and apologises profusely for being late. She drove all the way from Muriwai, West Auckland, and didn’t think the traffic would be so bad. After a few laughs and whakawhanaungatanga, we get to talking about Whina. 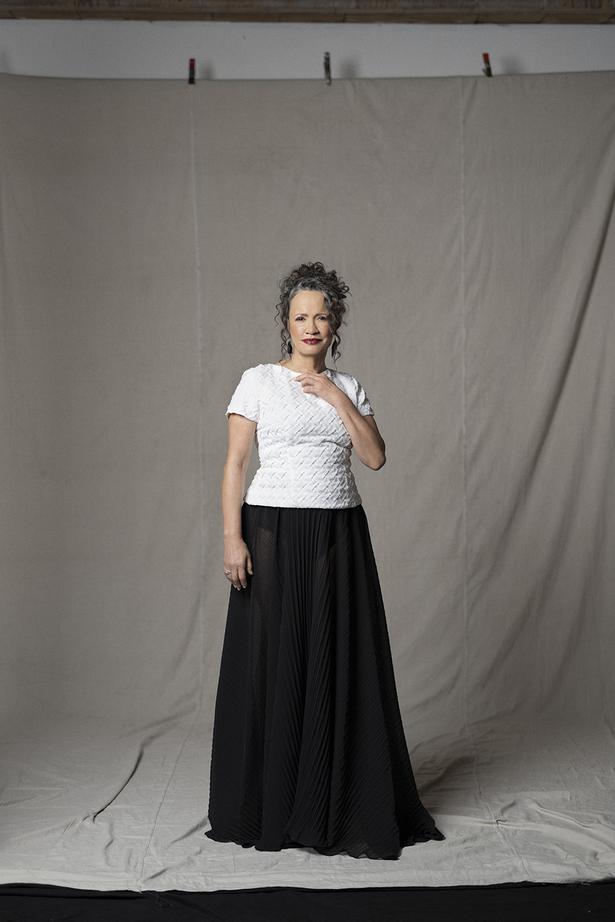 Rena stands up and shows me how she spent the seven months playing Whina. She’s hunched over, imitating the frail form of a kuia. It took a physical toll on Rena, who was diagnosed with repetitive body injury.

“Thank God I do a lot of yoga,” she says. “It took me months to get my posture back.”

Playing Whina, she says, was “consuming”. Owen was living on her own during filming and isolated herself from others as she was cautious with Covid in the community.

“I didn’t really see anyone else, so it was just me and Whina. Some days I’d go home and I’d be quite angry because she consumed me. I couldn’t really let her go or put her to sleep.”

Rena is an icon in her own right, building a hugely successful career in Hollywood as the only woman in history to work with both George Lucas and Steven Spielberg. She played Nee Alavar in Star Wars: Episode III Revenge of the Sith, one of the largest film franchises of all time. 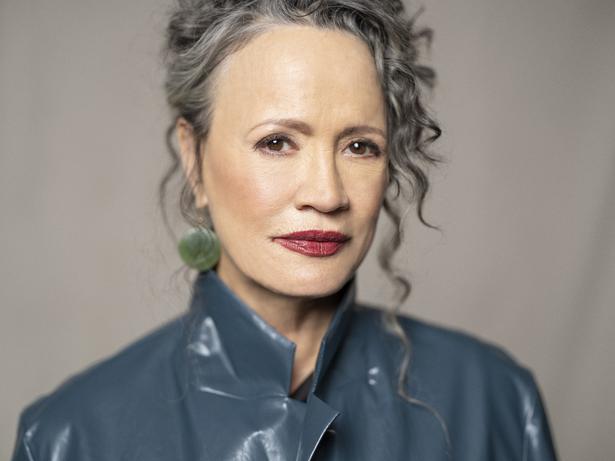 “There were five Polynesians in Star Wars. And I asked him, ‘Why did you do that, George?’ And he said, ‘It’s because I think Polynesians are the face of the future.’”

I watched Whina at a screening for the first time in April with Rena behind me (I didn’t know this until the credits came up and I turned around and she was sitting there). The film had a lasting impact on me and I thought about it for weeks after the screening.

There is a moment in the film where the famous image of Whina Cooper during the hikoi comes up on the big screen. Her eyes look down the barrel of the camera, her scarf blowing in the wind. It was a sight that left me in tears, one of the few times I’ve seen the depiction of a Māori woman on the big screen that holds such mana and prestige.

“Whina lay down the path for a lot of good and it was a very heroic thing she did,” says Rena. “For a long time, I couldn’t talk to her about it without crying. That’s how deeply affected I was by the journey.”

READ: What Is It Like To Do A Year Of Full Immersion Te Reo?

And what a journey it has been. Directed by James Napier Robertson and Paula Whetu Jones, Whina is a film 10 years in the making. But Rena’s first interaction with Whina Cooper dates back to when she was a young girl in Panguru, at the annual Catholic conference.

“I have very vivid memories of Whina and her tokotoko. She was scary then and she still scares me now.”

Rena hails from Ngāti Hine and is one of nine children. Just like Whina, she was baptised Catholic and it was one of the reasons Whina’s family approved of her playing the role, Rena says. Whina was a staunch Catholic who openly practised her faith, so in preparation for the role of Whina, Rena went back to Church.

“I went to confession and the priest asked me when was the last time I had done confession,” she laughs.

READ: What Does The Concept Of Identity Mean In Aotearoa Today?

Rena also gave up alcohol while filming, as a way to honour Whina’s beliefs. “I gave up alcohol for Lent, then lockdown happened and my Lent went from 40 days to seven months. I could have drunk but I knew I wanted to have a clear channel.” 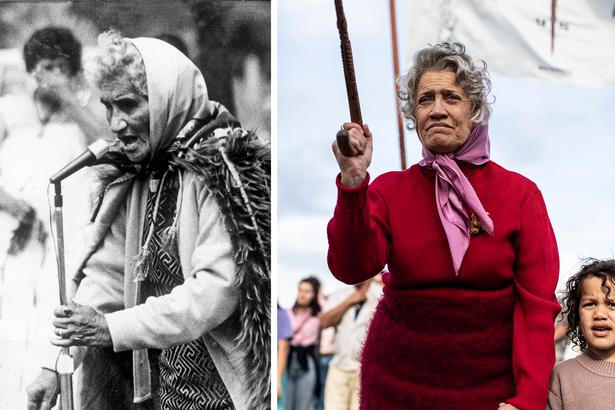 Rena says she often heard Whina talk to her and she was able to channel Whina in her performance.

“I prayed a lot during those seven months because it was so important to me to get it right. She had this sense of humour. It’s almost like she said, ‘I am not going to be number two on your list. I’m going all the way to the top and I’m gonna be your number one.’ That’s exactly what it felt like. And therefore, yes, she became the most challenging role in my career.”

Even more challenging than her breakout role as Beth Heke in Once Were Warriors, almost 30 years ago.

“When Once Were Warriors first came out, I couldn’t handle it. It was insane and it happened instantly. I’m walking back through the airport, and all these people are looking at me and I think, ‘Why is everyone looking at me?’ I’m walking down the street, and teenagers are screaming. Nothing prepared me for it. I felt very self-conscious and insecure. I remember I said to my mum, ‘If I can’t find a way of living in the public, I’ve got to get out of it.’ It was just overwhelming.”

Once Were Warriors is a film that also attracted controversy, with many Māori believing it perpetuated stereotypes of Māori being violent. Rena faced the same controversy in recent times for playing Rawina Duncan in the TV series Vegas, a show about gangs that was filmed in Rotorua.

“I was asked, ‘Am I disappointed that we’re still telling stories about gangs?’ and I say, ‘You know what, I’m even more disappointed that our towns are full of P and full of gangs. Let’s not pretend it doesn’t exist because it does.’ And it was similar to Once Were Warriors. There was a small percentage who said, ‘This is bulls***’ and I said, ‘Well, it might be for some Māori who grew up privileged, but for a lot of our families, that’s how they will live.’ In reality, it was reality.”

Rena still gets recognised for her role as Beth Heke, but she hopes Whina might change that. “Hopefully people will start to say, ‘Oh, there’s the actress from Whina,’ versus ‘Cook me some eggs, Beth Heke’,” she says. 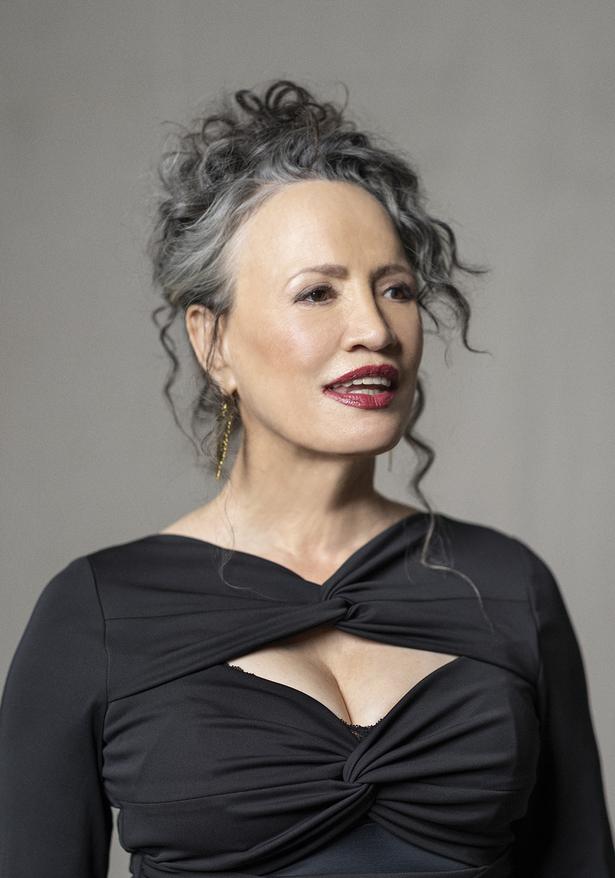 While playing Whina is her biggest role to date, she still believes there’s one more “epic” role coming.

“Like a Māori death, we say it always comes in threes. There’s still a really epic role for me to do before I leave this world.”

I ask Rena what her aspirations are for the future and the conversation turns more serious as she fumes over the rising cost of food in Aotearoa.

“I’m disgusted, not shocked,” she says. “Kai is our first medicine. It’s a fundamental need. From the moment you are born, good kai is our nutrition.”

She talks of her own childhood raised in Moerewa, Northland, and growing food on the whenua. She’s now building her home in Muriwai with the same dreams and inspirations, as well as one day hopefully turning it into a place creatives can come and work rent-free. She longs to come home but the reality for her is that it’s cheaper to live overseas than on her own whenua.

“My internet, my power, my gas, combined are cheaper than my power bill in my one-room bach in West Auckland,” she says. “In LA I can hold on to my artistic freedom because my overheads are so cheap.”

There’s a lot of important messaging in the film Whina, Rena says. She spent months researching for the role, including analysing the way she spoke in old footage.

And while Dame Whina Cooper is one of our most celebrated pioneers and activists who championed the rights of Māori, Rena says she struggled when she learnt things about Whina she didn’t necessarily like. “I said to one of the directors, James, ‘I don’t know if I like Whina right now because I’ve just learned this about her,’ and he said, ‘Just remember, Rena, you are portraying a very flawed person.’ He’s right, we’re all flawed. And I think when we as a society give each other permission to be flawed, then we’ll have better lives.

“I call myself a recovering perfectionist because there’s the pressure to be perfect and to succeed and that can rob a lot of us of joy. I like to think that we are living in a society that is freer now for people to be whatever they are. I always say, ‘Just be you and be true to you.’

“What’s important to me is Whina’s message about kotahi tātou (we are one). Whina wasn’t about tearing people down or dividing them. She was always about coming together. It was for the love of the country. We are always stronger together than divided.”

Whina is out on June 23, 2022, aligning with the Matariki long weekend.

WATCH: The trailer for Whina

For journalist Shilo Kino (Nga-Puhi, Nga-ti Maniapoto), learning te reo has been life-changing. She speaks to fellow students a...