The Girl from Revolution Road features a series of evocative essays by Ghazaleh Golbakhsh, a first-generation Iranian immigrant in New Zealand. The stories explore homeland, ethnicity and identity — and range from her childhood in war-torn Iran to making friends in the suburbs of Auckland. Ghazaleh, who is also a filmmaker and Fullbright scholar, brings her stories to life through humour and a fresh honesty.

Below is an extract from Golbakhsh's book.

At first wearing the hijab takes practice. [my cousin] Ellie is a master at teaching me how to wear it in a more trendy way with it hanging very loosely around the head so most of the forehead and even part of the crown is exposed. One half of the scarf is then folded into the other shoulder. Never tie it or God forbid, you’ll look ‘cheap’. The hijab felt like an invading force stuck on my head. I often forgot that I needed to wear it, which gave me flashbacks to my early days in Iran, when six years old. In our class, the teacher let us unveil but many a time I forgot to put it back on once recess started.

Soon though, wearing the veil becomes just another uniform. Unlikeable, symbolically problematic, but for most days, tolerable. In Tehran many women have found ways to rebel against this mandatory uniform. They wear heavy makeup, show off their ‘new’ surgically enhanced noses and show as much of their hair as possible, unless a Basij cop is around, then they must quickly pull the scarf down and avoid eye contact.

Iran, like every other nation, is a patriarchy but due to the 1979 constitution based on archaic Sharia law, women are classified as second-class citizens. They are half the worth of a man, or just his rib if we are being biblical. They are discriminated against in the legal and judicial sphere, where a woman’s testimony is worth half that of a man’s and yet women are given harsher punishments than men when it comes to crimes of adultery and even murder. They cannot be president or in the clergy. And yet women in Iran, like those living under other autocratic regimes around the world, are fighting back. The literacy gap between men and women has lessened since 1979; women attend university and have careers, aside from domestic work, in most areas including law, medicine, business, communications and the humanities to name a few. In fact Iran supposedly has more women directors in the film industry than the US. There are Iranian women, known internationally, who are challenging the system such as the human rights lawyer and Nobel Peace Prize winner Shirin Ebadi, and the young women activists working at the grassroots level such as Vida Movahedi who protested without her hijab in 2017 and again in 2018, and as a result was arrested.

The first week in Iran, I was terrified of everything. Everyday felt like the first day at high school when you’re not sure about the rules and worried constantly that you’re going to be told off. However, that feeling subsided very quickly. As there are no bars or clubs, house parties are common. Alcohol is easily bought on the black market and delivered to your apartment. I was drunk nearly every night of the second week, stumbling out of cars in my short dress that was barely covered by my long jacket, and holding my hijab on my head before letting it flutter off once inside. We drank, smoked and danced. In the numerous memoirs written by women in the Iranian diaspora, these underground parties are commonplace. This is the Iran most Westerners do not realise exists. This is the Iran that shows how the human spirit will fight oppression even through simple and menial ways in order to let people live.

Extracted from The Girl from Revolution Road by Ghazaleh Golbakhsh, published by Allen & Unwin NZ, RRP $36.99 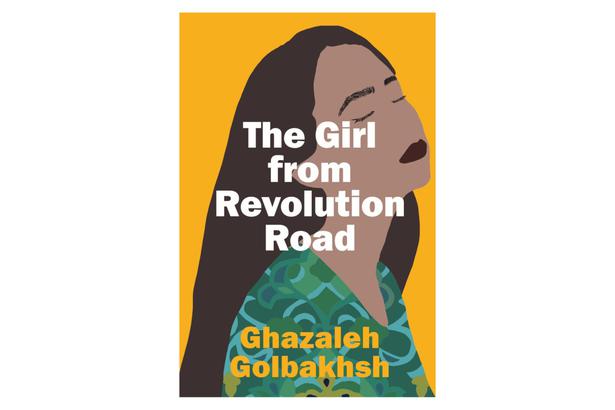