When you think of the innovators and inventors of electronic music, your brain tends to instantly snap to men. It doesn’t matter which genre, style, or even which time period.

The narrative of the male genius is so embedded in the storytelling of our histories that our brains almost can’t help themselves.

But like all myths and fairytales, this is essentially a fallacy. Especially when it comes to the history of electronic music.

“The history of women has been a history of silence,” director Lisa Rovner says over the phone from her base in London. “In a way, all of my work revolves around confronting History — with a capital H — with Herstory.”

French-American Lisa’s fascinating new documentary Sisters with Transistors breaks this silence to make some noise about the pioneering women of electronic music that History — capital H — has forgotten.

Through the use of interviews and an absolute treasure trove of fascinating archival footage, Lisa not only corrects the history books by finally telling their stories but also gives the 10 female musicians she highlights their long-awaited due. 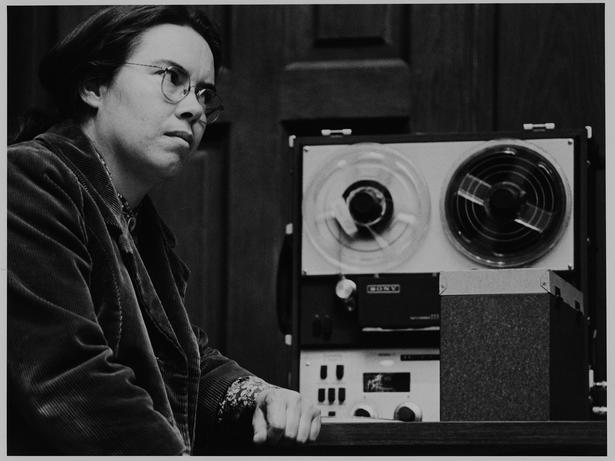 Just a few of the artists featured include Daphne Oram, an early electronic musician who co-founded the BBC’s influential Radiophonic Workshop in 1958, Delia Derbyshire who went uncredited for her futuristic implementation of the theme tune of the long-running sci-fi series Doctor Who and Clara Rockmore, a virtuoso performer of the theremin, who had to continually win over sceptics through her sheer mastery of the otherworldly electronic instrument.

“I’m a fan of electronic music and I’m a fan of women’s stories,” she says. “It was so revealing when I discovered there were all these women who were integral in inventing devices and techniques that would define the shape of sound for years to come.”

Growing up in the 1980s, Lisa fell in love with the new and exciting sounds of the synths and drum machines that powered the pop charts and gave the era its distinctive sound. This led her to rave culture during her teenage years.

“Electronic music, to me, felt so liberating and had this connotation of freedom,” she says. “It’s where I discovered myself and my own dancing. I’ve always been very interested but it always seemed like a very masculine medium.” This interest fuelled a curiosity that led her to dig deeper into its roots. Which is where she uncovered a rich legion of influential and important female electronic musicians and experimental artists that had been nearly completely overlooked.

READ: Get To Know DJ Shaki Wasasala aka Half Queen

“I really think it has something to do with how we tell stories. This learned longing for, generally, a white male hero.”

That was another thing Lisa wanted to confront with her film. She felt it extremely important that as she was highlighting women she also tell their story in a feminist way.

After some thought on how to do this she eventually decided on featuring multiple heroines in a weaving, yet not chronological, timeline and not betraying the emotion behind their music and stories. “The stories are told subjectively as a way of confronting the traditional storytelling that I really believe has led to the erasure of these women and their accomplishments,” she says.

“I also made sure that the narration wasn’t all-knowing and wasn’t paternal. The narration is very poetic. I’m hoping that the film inspires curiosity rather than the feeling that now you know everything about women and electronic music. This is really just the beginning of an uncovering of female electronic music, not the entire history.”

She describes making the film as “a passion project”, but as she details the years she spent researching and piecing it together, the constant struggle for funding (“People thought this was a niche subject and told me no one would be interested”) and the huge cost of all that fabulously fascinating archival footage (“We’re still in debt, basically, with the film”), it begins to sound far more like a labour of love.

“Yeah, I’d definitely agree with that,” she says. “We didn’t have a commission and we didn’t have money but that meant that we could be completely free. We were able to make the film that we wanted to make, which I think is very, very special.”

Before lockdown, New Zealand's party-throwing princes shared exactly how they like to celebrate

A live gig can be frenetic, even propulsive — it can also be a wondrous, booming rumble of community