Heaven to culture buffs, trendsetters and keen foodies alike, Melbourne lives up to its reputation as a melting pot of arts, cuisine, wine and fashion.

It’s near impossible to traipse through Melbourne’s street art plastered laneways without stumbling upon a hole-in-the-wall coffee stop, or to discover a sumptuous dinner spot while out for a spot of shopping.

Peruse the multitude of fresh produce and local fare available at the historic Queen Victoria Market, or admire the vast number of artworks on display at the National Gallery of Victoria.

Cricket nuts won’t want to miss a tour around the iconic Melbourne Cricket Ground (MCG), also known as the birthplace of test cricket. A little further afield, the Yarra Valley is home to a number of well-regarded wineries and luxury lodges, not to mention being a picturesque spot for hot air ballooning.

Acting as the gateway to the region’s sprawling coastlines, plentiful wineries and natural landmarks, Melbourne is the glittering gem in Victoria’s crown.

VIRGIN AUSTRALIA MELBOURNE FASHION FESTIVAL
By the time you read this, the Virgin Australia Melbourne Fashion Festival will have wrapped for another year. The genteel affair attracts visitors the world over during the week-long festival every year, which includes a line-up of runways, arts, ideas and entertainment for ardent fashion aficionados. Viva’s Rosie Herdman was on the ground at the Royal Exhibition Building to capture all the 2019 action, check out her round-up of the best new season offerings from Australia’s established and emerging designers at Viva.co.nz now.

BRUNSWICK MUSIC FESTIVAL
Spread across two weeks, this musical merrymaking sees international and local acts come together in the popular Melbourne suburb of Moreland. Set in and around the Moreland Hotel and Brunswick West’s Estonian House, spend your nights groovin’ to the likes of Cash Savage and the Last Drinks, Stella Donnelly, Bec Sandridge or Snail Mail, and spend your days checking out music exhibitions, workshops and intimate performances. There’s even a Dolly Parton tribute performance for those die-hard country music fans.
Until March 17 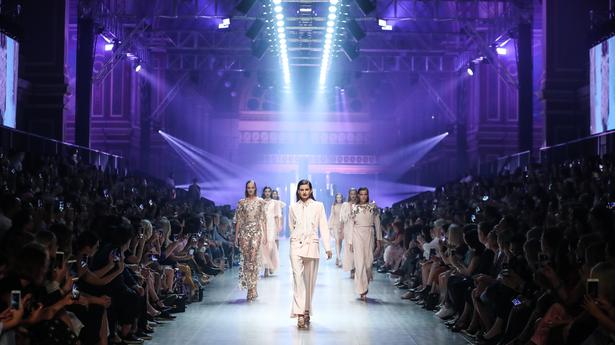 MELBOURNE INTERNATIONAL FLOWER AND GARDEN SHOW
The biggest horticultural event in the Southern Hemisphere returns to Melbourne at the end of this month. Melbourne’s answer to the Chelsea Flower Show in London, this plant-filled event is a green thumb’s dream come true. Spanning five days, this interactive experience sees floral and gardening pros showcase their knowledge on a world stage, while retailers offer up advice on tools, plants and garden design.
March 27 – March 31 MELBOURNE DESIGN WEEK
Take your pick from more than 200 events that comprises this year’s 10-day design festival, including workshops, exhibitions, film screenings, talks and tours dotted throughout the Victoria region. This year’s proceedings hone in on how design can shape the future, with major keynote speaker Refik Anadol set to explain how machine intelligence is reshaping the world we live in.
March 14 – March 24 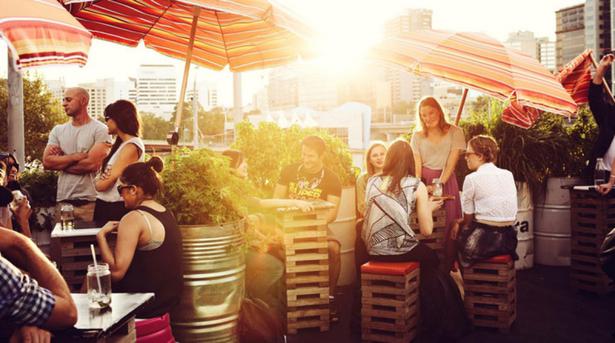 MELBOURNE FOOD AND WINE FESTIVAL
Pull on your stretchy pants, it’s time to feast. Offering up the perfect excuse to indulge, this year’s festival will see culinary playgrounds pop up across the city, ranging from French delicacies and saccharide-sweet treats, through to wine tastings by the country’s esteemed wine producers. Reserve your spot early for one of the many bespoke events taking over the city – like the Glamping Dinner and Tanzanian Safari Experience, or the Food Truck Degustation.
Until March 24 GETTING THERE
Traveling there is easy, with Virgin Australia flying direct to Melbourne from five New Zealand centres – Auckland, Wellington, Christchurch, Queenstown and Dunedin. Melbourne airport is only 23km from the city centre, with both domestic and international terminals connecting you with other Australian gateways and the rest of the world.

Should Melbourne be just the first stop on your Aussie adventure, there is plenty more of the country to explore. Virgin Australia fly to over 40 domestic destinations including Sydney, Brisbane, Gold Coast, Perth, Cairns, Byron Bay, Townsville, Canberra, Mackay, Newcastle, Port Macquarie, Adelaide, Hobart, and Darwin.

Forget cramming a week’s worth of clothes into your carry-on, all flights to Australia with Virgin Australia include a 23kg baggage allowance, meaning you can shop ‘til your heart’s content.

Also included in your all-inclusive Virgin Australia fare is a meal, drink, 15 minutes free WiFi, in-flight entertainment on your own device, plus regular jetsetters will love the increased Velocity Frequent Flyer Points and Status Credits earning potential. Just don’t forget to charge your device and bring your headphones.