Dining for One? Well, You're Not Alone

Bookings for single tables are soaring, a new report shows, and it doesn’t have to be awkward ‘It’s just yourself this evening, is it?” asks Gary, my waiter. It is, I say, watching as he removes the cutlery and wine glass opposite me.

The restaurant is heaving; its tables tightly packed. I sit back in my seat and nod at the two couples on the tables either side of me - they’re deep in conversation, but one man smiles back weakly. I glance around the basement dining room; it is full of groups, their perpetual hubbub occasionally interrupted by great peals of laughter.

Pulling out a paper, I do the crossword. I feel awkward. Not Mr Bean awkward, but momentarily lumpish, like a man standing alone at a party, or a fielder languishing at the farthest boundary.

But then Gary returns, and I’m immediately put at ease as we talk about the steaks, and how busy the place is for a Monday. He certainly doesn’t care that I’m by myself - nor, for that matter, does anyone else.

Because despite my initial wobble, it turns out I’m not alone: solo dining is on the increase, as I discovered while writing the Waitrose Food and Drink Report 2017-18.

Released today, it confirms that eight in 10 people believe that eating alone is more socially acceptable than it was five years ago, with close to a third of Britons having done so in the last month. A third of these had done it in the last week, confirming that the taboo of the table for one is on the way out.

According to Bookatable, a British online reservation service used by thousands of restaurants, bookings for single tables have risen by 38 per cent since 2014. 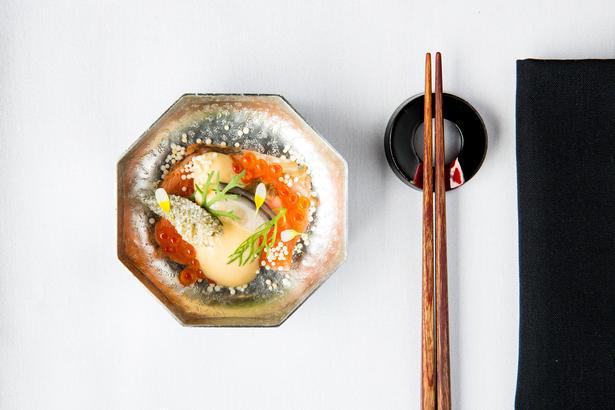 The trend for solo dining is gaining popularity, so put awkwardness aside, and get comfortable dining on your own. Picture / Babiche Martens

Chantelle Nicholson, group operations director for Marcus Wareing Restaurants, estimates that requests for single tables have grown fivefold in five years. The Waitrose report is based on discussions with focus groups and a poll of 2,000 people.

What was particularly interesting were the reasons people gave for solo dining; three quarters of people said society has become more accepting of those who wish to chow down without friends or partners, and that doing so has lost its tag as a signifier for the sad and lonely. Just under half believe that restaurants are more single person-friendly than before.

Yet it’s not only the dwindling stigma of solo dining that has led to this spike, but our growing reliance on our phones, with one in four admitting that they see their mobile as a fair substitute for a human dinner table companion.

It’s a figure that, unsurprisingly, rises to 34 per cent among 18- to 24-year-olds, and falls to just 12 per cent of those over 55, with women being more likely to partner up with their mobiles than men.

The adage, for today’s diners at least, rings true: you’re never alone with a mobile phone. Katie Exton co-owns Lorne Restaurant in London’s Victoria, in which a quarter of places are designated “counter seats” for solo diners. She says that around 95 per cent of those who use them spend the duration of their meal on their phones - and has even seen people take part in conference calls while eating.

The report suggests that modern life has turned people’s motives for eating out on their head.

Historically, a meal out provided people with a chance to interact and catch up with others, but today, in a world where daily life is awash with conversations both real and virtual, people increasingly see it as a chance to be alone - a punctuation point in their hectic lives.

Rochelle Venables, editor of The Good Food Guide, says that the mindfulness movement has helped boost its popularity, too. “Everyone references having a bath with loads of candles as a way to look after yourself. This is a similar thing. Why not take yourself out to dinner? Have that half an hour. It’s part of your whole self-care package.”

There is also a new informality to eating out, which has seen the national average for spending at restaurants grow to more than £45 per week for the first time in five years.

Starched tablecloths are out, fun and honesty are in: think big bowls of food - from ramen to superfood salads - served along communal tables or counter seats that lend themselves to a person who has pitched up alone.

READ: Where to Eat Just Before Payday

And it turns out that, in many ways, restaurants prefer solo diners. Nicholson says that single people interact with staff more and ask more questions; this in turn gives the restaurant more of a chance to make an impression.

“You don’t get that with a group of eight,” she says.Exton agrees: “We have some regular solo diners in our restaurant and without a shadow of a doubt, we’ve got to know them better, as you know they’re on their own and you don’t feel like you’re interrupting their evening.

”We can’t ignore the demographics at play behind the solo dining trend. The proportion of single adults in the UK has risen from 30 per cent in 2002 to 35 per cent today - and, of course, not everyone dines alone through choice.

But despite the rise in solo dining, restaurants haven’t quite nailed it yet.

On Monday nights, Hawksmoor allows customers to bring their own bottle. Wanting wine with my steak but also mindful of saving money, I decided to do this. Buying a full 75cl bottle felt a touch, well, Jeffrey Bernard, so I decided to get one half the size.

But I had to go to four shops to find one - and it turned out that the restaurant operates a flat corkage rate whatever the bottle size, meaning I effectively paid double what I would have if I’d thrown caution to the wind. Surely some form of tapered relief when it comes to corkage is only right in these days of solo dining?

Yet this was a mere detail. Along with millions of Britons, I’ll have no qualms in saying “table for one” more often from now on.

It’s been a delicious honour to enjoy and write about the city’s myriad eatery options, says Nici Wickes