Plans were cancelled, the words “Happy Succession Day” echoed around Twitter, some of us even had alerts on our phone: that’s how excited we were that Succession series three was on its way. Apparently there’s nothing we love more than watching how the other half lives.

But for a few thousand families, the new season will be carefully scrutinised. As I’ve seen firsthand, thanks to many winters rubbing shoulders with a small circle of billionaires in St Moritz, the super-rich do not like anyone sniffing into their affairs, least of all when there is something to find.

We’re already accustomed to the scheming and plotting that goes on in the Roy family, the media dynasty headed by the formidable Logan (played by Brian Cox), and his adult children Connor, Kendall, Roman and Shiv.

But in the new series, we get an even better view of how billionaires deal with their problems — and it doesn’t look pretty. Some wonderful lines give away the writers’ disdain for the characters they invented.

Early in the series, the eldest son, Connor, calls his father to complain that he had to fly back “scheduled”. “I’m so sorry,” Logan replies gravely.

The family talk casually of buying islands in the Philippines; problems are “outsourced to a therapist”. In one scene, Kendall, a duplicitous, image-driven addict, can’t remember the name of his own daughter.

The first family of Succession is probably a composite of a few dynasties (the Maxwells meet the Murdochs meet the Packers), and it gets many things right. Where there are billions to be had, there is also often debt.

Early on, we discover from Gerri — the loyal family counsel and fan favourite — that their subsidiary company Waystar is in $3 billion of debt. We know many fortunes have been built on debt (Trump’s) and just as many others destroyed (Maxwell’s). 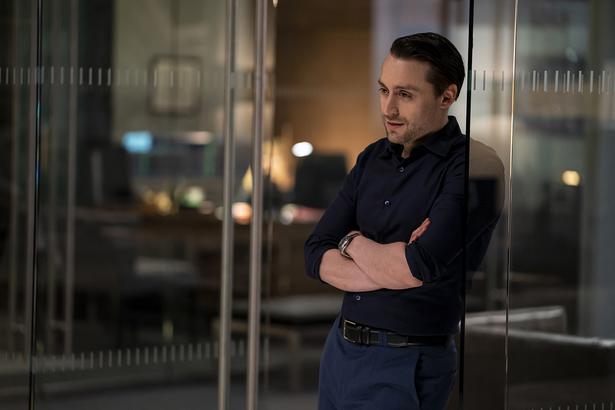 In a recent interview, the actor Jeremy Strong, who plays Kendall, paraphrased Carl Jung, saying “where love is absent, power fills the vacuum”. Succession offers a front row seat to the psychological consequences of this vacuum.

The characters, for all their back-stabbing, do appear to enjoy each other’s company from time-to-time. Or are they simply just tied together by the strings of wealth and power?

Season two shed some light on their emotional grounding when we saw the Roy offspring reunited with their curt British mother, played by Harriet Walter. Where Caroline is emotionally (and geographically) distant from her children, Logan seems to overly attach himself to whichever child is being most obedient, often playing them off against each other. Is it love, or is it reproductive narcissism?

Where there is rapid wealth creation, there is often also an individual who is “wired differently” to most family people, explains Dr Jonathan Garabatte, at the London Psychiatry Clinic, who counts many of the super-rich among his clients.

“This sort of individual might have been lucky at first but then becomes good at what they do and gets an intense activation of their motivation-reward system from it, which then means they want another one. Sometimes this cycle pushes out every other interest, including family,” he says.

Succession is as much a story of parenting as it is an examination of the consequences of power. They muck you up, your mum and dad, especially when money and privilege are involved.

“We do often see an increase in narcissism among the children of billionaires because of the lack of boundaries,” says Garabette. “A normal child gets the feedback, ‘I am not in control of the world’.”

Rich people’s offspring can easily believe they are entitled because often no one ever disagrees with them. We once had dinner with a billionaire who complained loudly that all his children “deserved” to go to Harvard (he had given it millions). In Succession, we are only told where Kendall was educated: Harvard, where he partied.

This is where the writers get it wrong: in my experience party kids do not get into Harvard. With a $53 billion endowment they can take anyone they like.

Neither does Logan’s marriage ring true. Sophisticated Marcia Logan does not faintly resemble the sort of third wife I used to meet at the Corviglia Club in St Moritz. IQ and decades tend to fall with each engagement.

My husband and I were often entertained in chalets the size of Chevening and at one affair, over vats of caviar the size of old film canisters, we counted ten billionaires and almost as many Picassos in the living room alone. Two of the fortunes were held by women (both inherited); the rest were by men, whose chests were so puffed up they could hardly see down to their Gucci loafers.

What struck me was the precariousness of the wives’ status. Unlike Marcia, they were so immaculately preserved as to want to check for batteries. Outwardly they were perfect, but I noticed a permanent hawkishness about them. 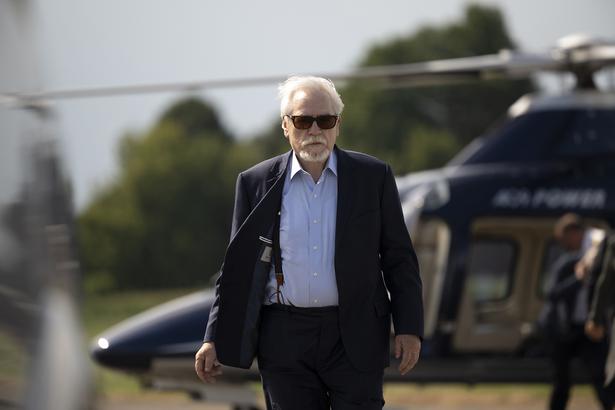 In season three, Marcia has a conversation with Logan in which she threatens divorce and sets her terms, which frightens him. This simply doesn’t happen in the real world of billionaires where there are more lawyers than waiting staff. First wives may have got in without a pre-nup, but by the third marriage, forget it. It’s all been tied up.

And, even if there is a financial settlement, all the billionaires have to do is take a few punts on the stock market and their wealth is magically restored.

Perhaps the greatest lesson I learnt during those winters of billionaire hospitality is that there is money... and better money. I recall a German industrialist scion scoffing at his Greek shipping equivalent while, in turn, two first-generation self-made Americans dismissed the whole lot as losers.

Some of these down-nosers are now less smug. One could never pull off another major “trade” and has been dismissed by his financial peers as a one-timer; the other family is in the process of being “cancelled”. Succession’s Kendall, despite his attempts to be down with the kids, is rapidly on his way to the same fate.

Don’t get me wrong: there are plenty of well-adjusted billionaires; you just never hear about them because they pay an army of minions to make sure of it. However, for every stealth billionaire is one who lavishly offers his child’s entire boarding house a lift to Verbier on his Airbus for a week of heliskiing.

I remember one of the house masters at my son’s boarding school complain that he had been sent half a dozen armchairs and a giant plasma screen by a powerful family. They couldn’t understand why the house didn’t have, at the very least, its own screening room.

The same parents looked aghast when they couldn’t guarantee their son a place at Oxford. They only knew a world of success, in which their vast family office “fixes” things. Succession delves in and out of this conundrum, and the real winners are us at home.

The Mother of Aotearoa's newest ballroom house, Murder Haus, has built a community where ambition is limitless